A mother was horrified to find that her children were playing in asbestos that was illegally dumped on her property.

Soraya Van Tilborg was told by police and environment officers that her 22-hectare property in Kulnara, in the Central Coast of NSW, was contaminated with the toxic substance.

Officers believe that the property could have thousands of tonnes of harmful soil that the children have been playing in.

Removing the waste from the property could cost the family millions, 7News reported.

Ms Van Tilborg is horrified that her children have come into contact with so much of the cancerous substance.

‘I don’t even want to think about it,’ she said.

‘I’ve been told not to let the kids play in the yard.’

The soil is a part of the 17,000 tonnes of asbestos-contaminated waste that was removed from the Green Square re-development in Sydney.

Police believe the soil was illegally dumped on the land and is linked to organised crime, but the family was told that it was clean landfill.

‘It all looked very legitimate, everything seemed in order,’ Ms Van Tilborg said.

Investigators say that just some of the waste was found on Ms Van Tlborg’s property, but much of it is yet to be discovered. 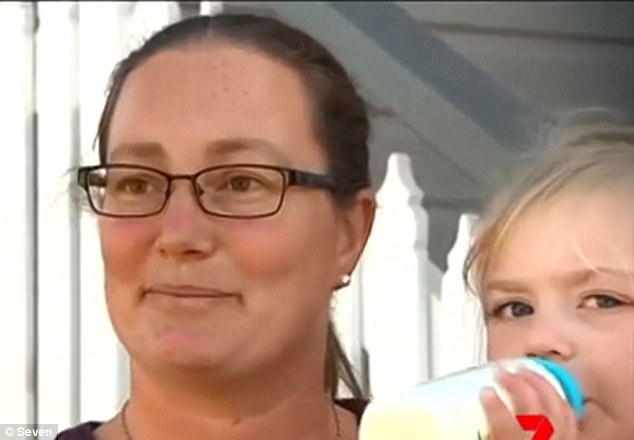 A police spokesperson said that investigators believe the illegal dumping operation is linked to organised crime.

A 48-year-old waste disposal company director was arrested in mid-August as he attempted to flee the country.

It is alleged that the man’s company removed 600 truckloads of asbestos-contaminated building waste from the Green Square development since mid-2016, and then dumped it illegally.

He has been charged over the illegal dumping and is facing fraud offences totalling almost $4 million.