This is the horrifying moment a groom beat his new wife at their wedding after flipping out when the bride won a game during a toast in Uzbekistan.

The newly betrothed couple were on stage at their wedding reception when the toastmaster made them take part in a competition.

The bride won the unspecified game, and when the groom from hell realised he had been bested, he angrily struck her hard on the back of the head with his fist.

The shocked and distraught bride put her hand to her head, before she lifted her white wedding dress from the floor and was led off the stage by two other women.

Meanwhile, the best man standing alongside the groom also appeared shocked before fidgeting nervously with his phone as party music continued to play and disco lights flashed around them.

The groom remained on the stage, as if nothing had happened, staring out across the silenced crowd who moments before had been cheering the couple on.

It is not known what happened after the filming stopped.

The ceremony was in Uzbekistan where there has been no comment from law enforcement agencies. 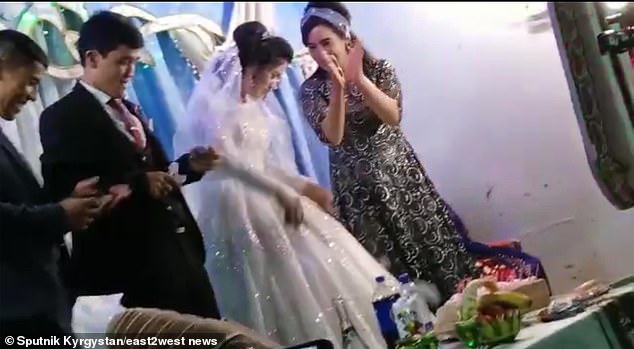 Pictured: The bride and groom are seen on stage while playing a game during the wedding toast at their reception. Their guests can be heard cheering them on in the background 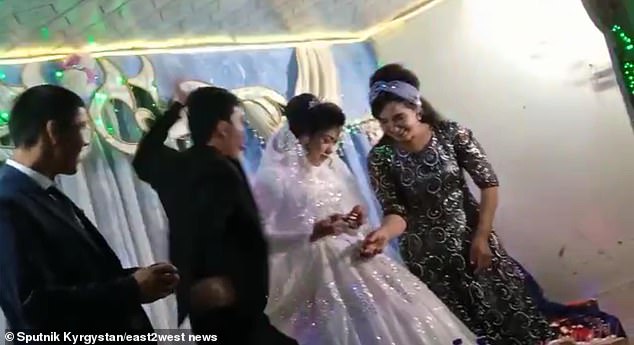 But after the newlywed bride won the game, her husband saw red – and lashed out at her 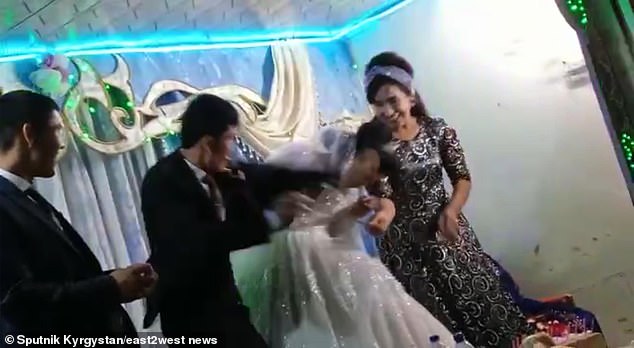 To the horror of their guests, the groom hit his new wife in the back of her head with his left fist 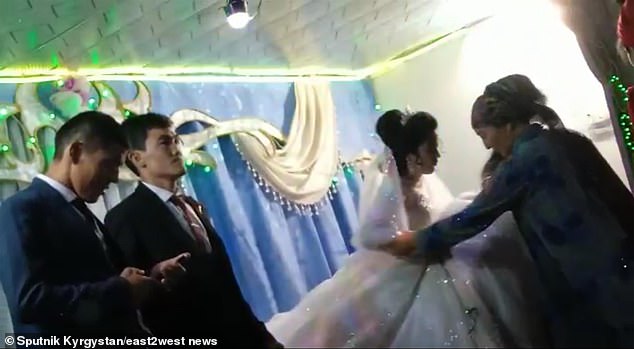 The wedding footage has gone viral on social media in central Asia, with people reacting angrily on Twitter.

‘This is so sad,’ one person wrote on the social media platform. ‘I hope she will find courage to charge him and keep him accountable for his actions.’

‘What horror!’ another wrote. ‘Good this was out on the internet to shame this horrible man. But I hope she can be taken away from him. How can her parents watch this? What is he some mafia goon? How appalling.’

A third wrote: ‘It’s horrific how much this is normalized. I hope she gets away from him sooner better than later,’ while posting three broken-heart emojis.

Bizarrely, it is not the first time a video has emerged showing a groom lashing out at his new wife in the country.

In 2019, a clip of a similar incident in Uzbekistan caught the public’s attention, which saw a groom angrily lashing out at his bride after she teased him by pretending to take his wedding cake away. 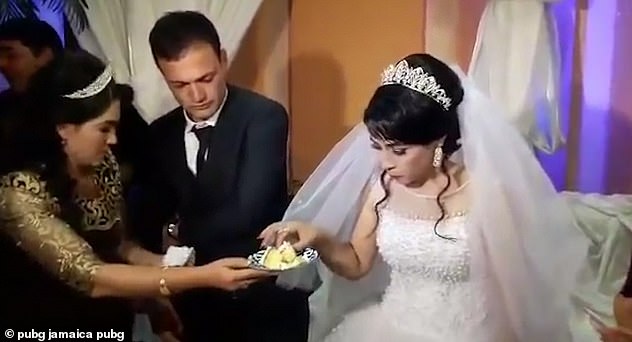 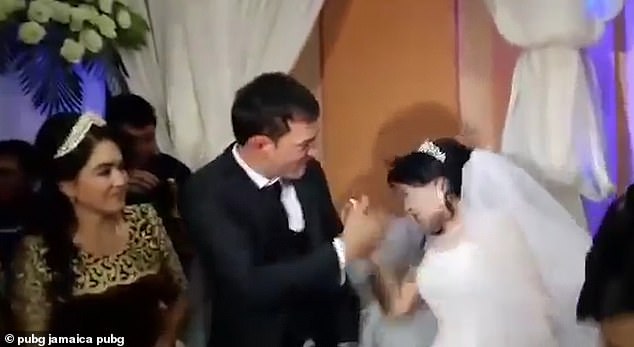 In the previous incident, the groom hits the unnamed woman with such force that she stumbled backwards on to a seat behind her.

A man standing behind the groom grabbed him while one of the shocked guests comforts the bride as she stands back up.

At the time, social media users also slammed the unnamed man’s behaviour online with one saying: ‘That guy needs to be taught a lesson in human rights and the woman needs to file for an annulment, ASAP!’