Horrifying moment jetskier, 30, rides into the path of an oncoming boat on Florida river

Horrifying moment jetskier, 30, rides into the path of an oncoming boat on Florida river before he is run over and left with life-threatening injuries

A jetskier ended up suffering life-threatening injuries after colliding head-on with a boat in a Florida river.

The crash was caught on surveillance footage by nearby cameras and saw the man being run over by a pleasurecraft that was cruising along the Hillsborough River in Tampa.

In the video, the jet ski rider, Lex Logan Sammons, 30, appeared to be at fault as he suddenly made a tight u-turn right into the path of a boat, which then plowed into him. The impact shattered his skull and knocked him unconscious.

A jetski ridden by Lex Logan Sammons, 30, was cruising along the Hillsborough River in Tampa 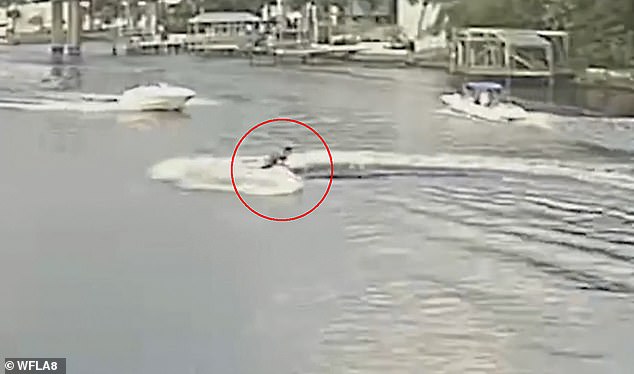 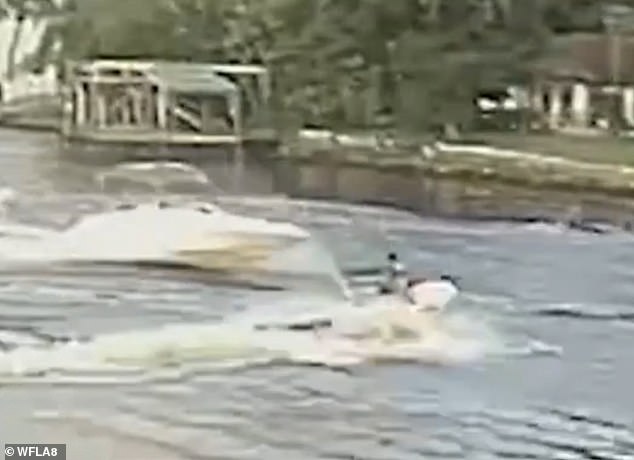 Jeffrey Lawrence Gustafson, 49, was operating the 21-foot boat that hit Lex Logan Sammons, 30, just moments away in this picture

He immediately turned around while another man on board jumped into the water to assist.

Clyde Darville, who lives along the river, was watching football when he heard some commotion outside.

‘I just thought to myself, I said, these kids out here, somebody’s going to get killed one day,’ Darville said to Fox13. ‘It wasn’t two minutes later that I saw the aftermath.’

‘When something like that happens, you feel helpless,’ Darville said. ‘I couldn’t imagine how anybody could survive such an impact. But, the Florida Fish and Wildlife Conservation Commissioner said he’s seen much worse and people survived.’ 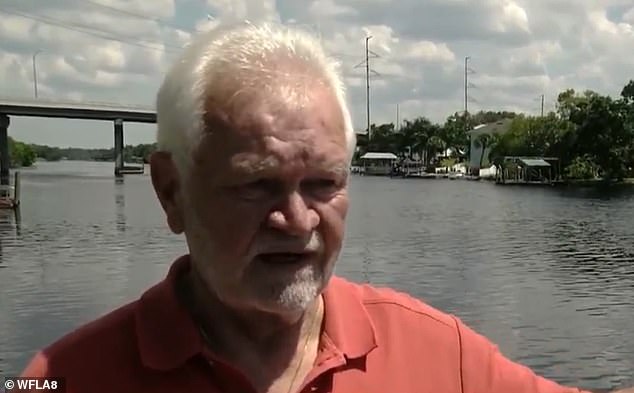 ‘I just thought to myself, I said, these kids out here, somebody’s going to get killed one day,’ Clyde Darville said. ‘It wasn’t two minutes later that I saw the aftermath of the crash.’ 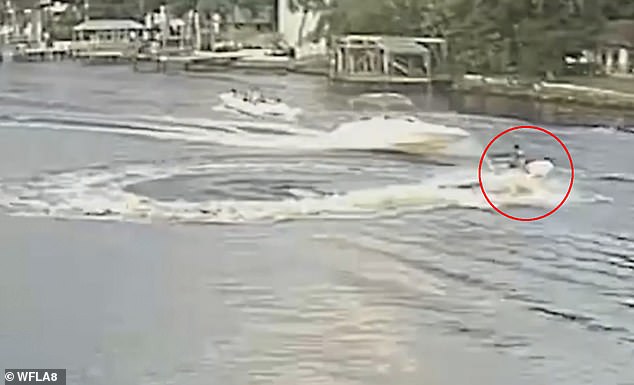 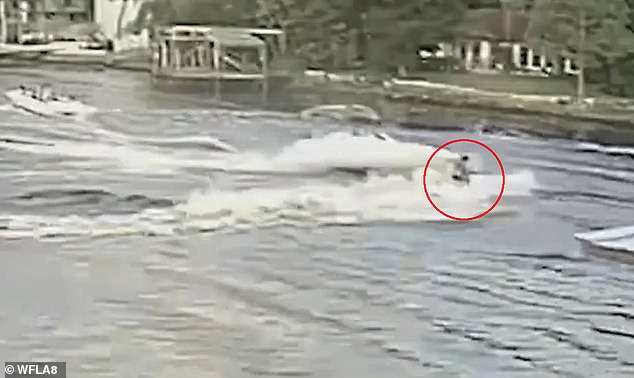 Sammons had no chance whatsoever after failing to navigate the u-turn. He was slammed against the side of the pleasure boat and ended up being dragged underneath

The rider was seriously injured in the collision and was rushed to hospital.

He was placed into a medically induced coma. A portion of his skull has been removed due to bleeding on the brain. He also suffered a broken pelvis and multiple facial fractures.

‘He looked lifeless. I wasn’t sure if he had survived at the time and I was very concerned about that. I’m sure the man that hit him didn’t sleep well at all last night, if at all,’ Darville said.

‘It concerns me on this river, with the speed limit 25 miles per hour in the front, and unlimited, or, they come by at 70 miles per hour on a jet ski, which is just too fast,’ Darville siad. ‘It’s a shame for an accident to happen.’

The FWC is continuing to investigate what exactly went wrong on the river.

So far, no charges have been filed. 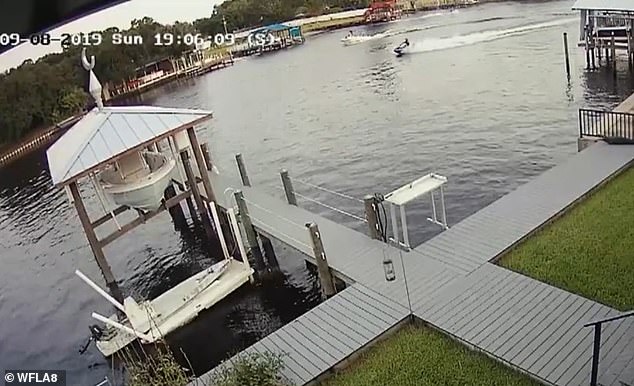