A mother and her two young daughters were injured after an out-of-control car careered into the crowd at a high-octane stunt show.

But only 30 minutes into the performance, a suspected brake fault caused a stunt car to slam into the front row of the crowd, sending one young spectator to hospital and injuring her mother and sister.

Footage of the incident unfurling was captured on one fan’s mobile phone, Nine News reports.

The video shows a stunt car speeding around a dirt mount and attempting to get airborne off of a small ramp.

The car manages to get its front left tyre off the ground to the delight of the crowd.

But adulation quickly turned to horror as it becomes clear the car is heading towards the fence.

In a horrifying split second, the car smashed through the barrier separating spectators and the showground.

The vehicle comes to a standstill in the front row of the grandstand.

The driver has been interviewed by police, who believe the car’s brakes may have failed during the show. 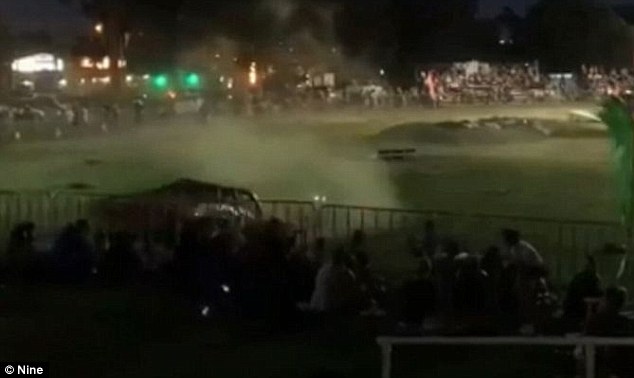 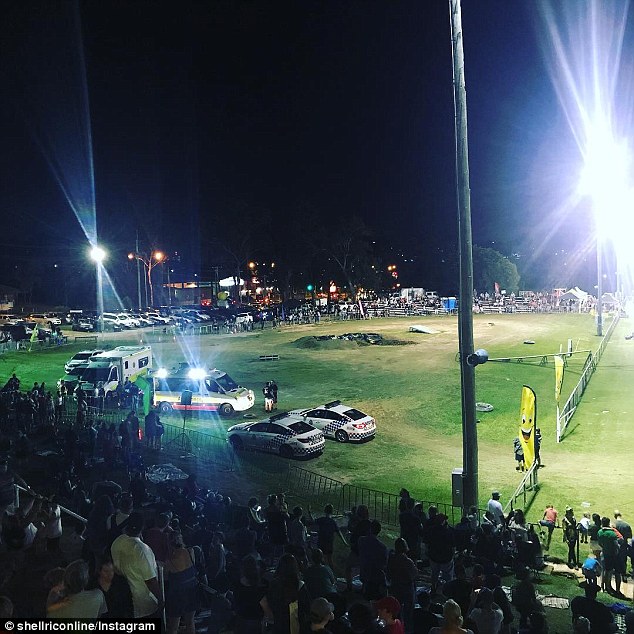 The organisers of the performance have been slammed for continuing the show despite the horrific scenes.

Witness Chris Wilson said bystanders tried to move the car off the victims while cars kept going around the track – a scene he described as ‘utter madness’.

Some fans have demanded refunds due to the poor safety considerations for onlookers.

Spectator Jan Price said she was able to desperately pull her nephew out of the way of the car but saw it hit the mother and her children.

‘The younger daughter has some grazes on her face as well as shock and (the mother) has cuts and bruises on her legs,’ she told the Courier-Mail.

‘It wasn’t going very fast and didn’t skid. It just rolled into the crowd. If the brakes were working, the car would have been able to stop,’ a spectator named Lauren said.

A mother and her two young daughters were injured in the incident. 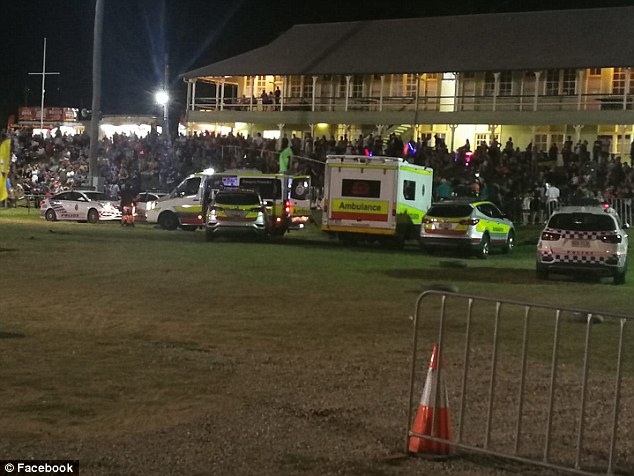 A mother and her two young daughters were injured in the accident, with the youngest taken to hospital for treatment on ‘non-life threatening’ cuts and bruises sustained in the crash 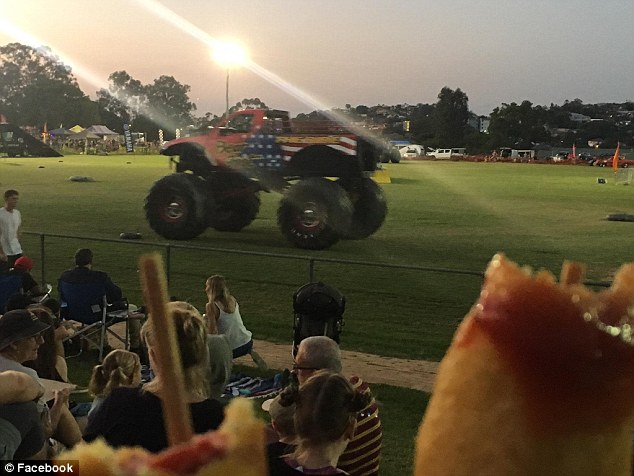 ‘A car ran into a family right in front of us.

‘Those poor children that were run over. I hope they are going to be OK.’

Daily Mail Australia has contacted the management of the Showgrounds for comment.