A Nepalese man has died and an Indian man suffered serious injuries after their paraglider broke mid-air in Kalimpong, West Bengal.

Tourist Gaurav Choudhary, 32, captured the moment their glider aircraft snapped and he and pilot Purushottam Timsina, 22, suddenly plummeted to the ground.

The footage filmed on his selfie stick shows Mr Choudhary’s smile turn into a look of horror, as Mr Timsina desperately holds on to him as they start to spin.

The video clip initially shows Mr Choudhary screaming with joy as the pair glide towards the ground.

But just seconds later a chord snaps and the paraglider enters a terrifying spin towards the ground.

The duo take just seconds to fall hundreds of feet out of the sky as Mr Timsina desperately tries to hold on to Mr Choudhary. 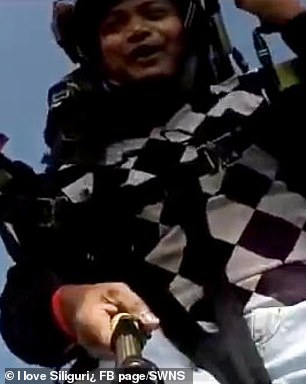 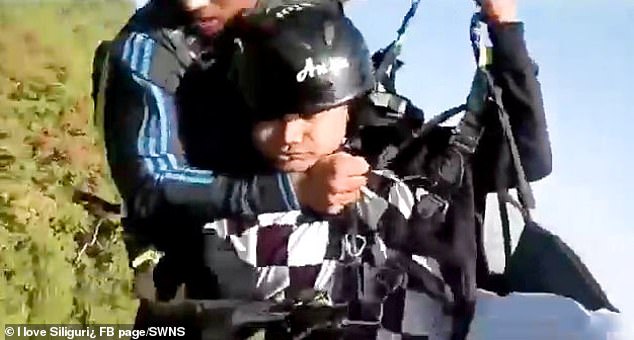 Going down: The tourist continues to film as their glider aircraft snaps mid-air in Kalimpong, West Bengal, India 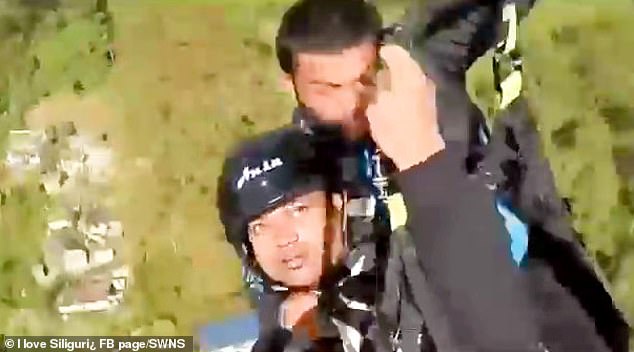 Crash: The footage shows them spinning to the ground before landing on a roof top 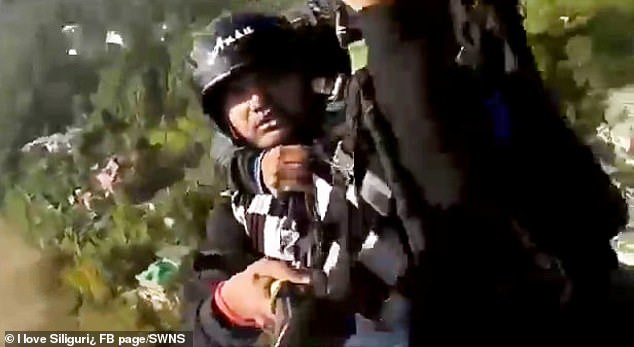 Hero: The 22-year-old Nepalese pilot died in the incident, and Mr Choudhary was hospitalised with a broken leg 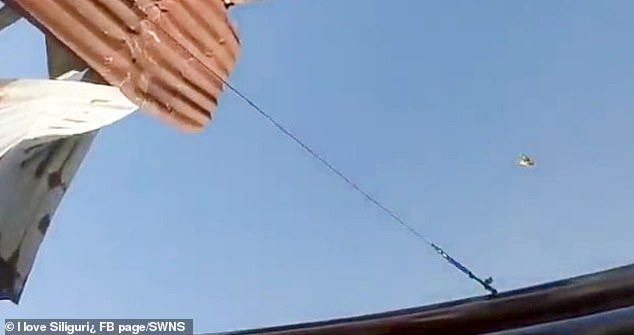 Crash: The video also show the pair having crashed onto a roof, a part of the glider seen above them in the sky

They fall on the rooftop of a house and the camera captures the a part of the paraglider still drifting in the sky.

Friends of Mr Choudhary, who had accompanied him to Kalimpong for the trip, filed a complaint with the police.

‘Organisers ignored even basic safety measures. The pilot was not even wearing a helmet,’ said a friend, who did not want to be identified.

Dhrubajyoti De, Kalimpong police superintendent said: ‘We are probing the incident and have registered an unnatural death case.’