A Tesla Model X was caught on camera crashing into several parked cars as the driver attempted to park the hi-tech car on a street in Puerto Rico.

It’s not clear exactly what caused the car to spin out of control, but the accident was captured on surveillance cameras from a number of angles.

All seems to be well as the driver is at first spotted pulling into a parking space, but the Tesla then spins out of control.

A Tesla, on the right, suddenly appeared to lose control as it was pulling into a parking spot Something causes the car to go haywire and the vehicle lurches forward, smashing into a nearby SUV.

The car then manages to complete a 180-degree turn in the street but not before crashing into another parked car.

The vehicle then jolts forward once again performing yet another 180-degree turn almost knocking over a pedestrian who was checking his phone, according to video seen on InsideEvs. 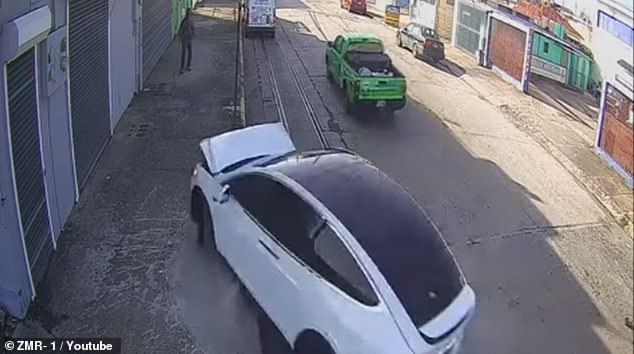 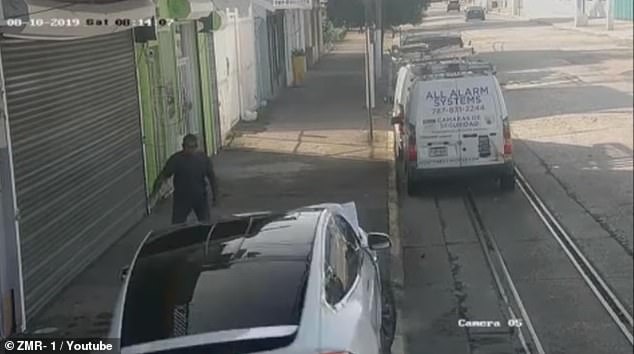 The man quickly makes a run for it and manages to escape injury by pushing himself up against the wall.

The Tesla passes him with inches to spare as it continues careening down the street.

Although there has been no formal explanation as to what went wrong, it’s believed that something caught the accelerator pedal causing it to become stuck, possibly under a floor mat. 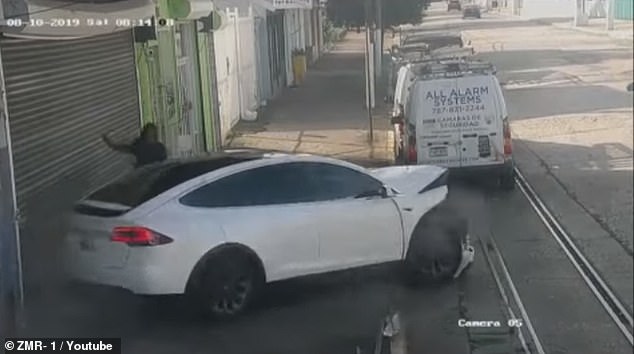 The man, seen on the left, manages to push himself up against the wall as the car passes by with just inches to spare 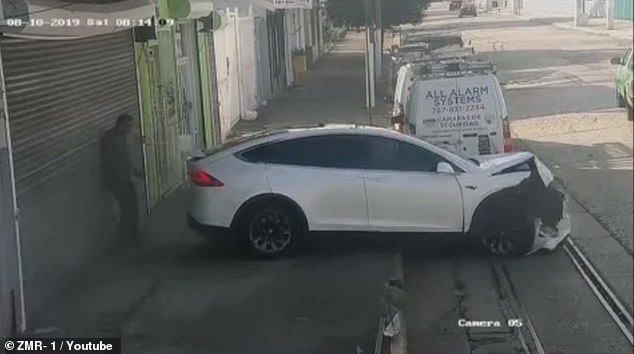