A dog has been spotted tied to the back of a semi-trailer, which was reportedly travelling at high speeds on a busy road.

An image of the shocking incident was taken by Katie Cole on Queensland’s Ipswich Motorway about 9am on Saturday.

Ms Cole uploaded the image to Facebook, which showed the dog tethered to the back of the trailer, which she claims was travelling at speeds of up to 100km/h.

A dog (pictured) that was spotted tied to the back of a semi-trailer, which was reportedly travelling at high speeds on a freeway has caused outrage from angry motorists

‘Absolutely fuming, how on earth does this person think it’s OK and safe to transport a dog on the back of a semi only tied on with a bit of rope?!,’ Ms Cole wrote.

‘It was driving along the motorway so it was travelling pretty fast,’ she later told The Courier Mail.

‘I’m concerned for the dog. It’s a big dog but it should be inside the cabin or something, not tied to the back of the truck. It looked as if it was tied to the framework by rope,’ she said.

The photo left social media users outraged, with many taking to Facebook to share their thoughts about the animal’s welfare.

Ms Cole told The Courier-Mail she later reported the incident to police and RSPCA.

Daily Mail Australia has contacted Ms Cole and the truck company for comment. 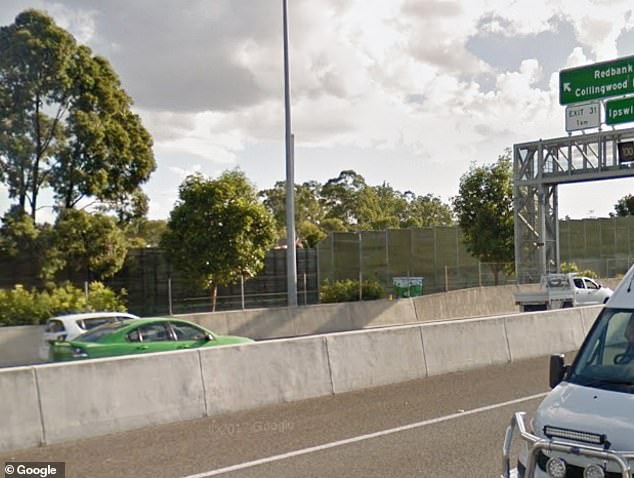