A kangaroo has been discovered brutally impaled with a fence post, in what wildlife carers believe was a deliberate act of animal cruelty brought on by road rage.

The marsupial was found with a fence post sticking through its stomach and out its back by a member of the public on Clayton Road at Thababen in south-east Queensland at the weekend.

By the time wildlife carers arrived the animal had died a slow and agonising death.

A report was lodged to the Queensland Wildlife Carers and Volunteer service on Saturday morning when the kangaroo was still alive.

However because it was a Saturday when the callout was made there was some difficulty finding a volunteer to respond and euthanise the dying animal.

There was also shattered glass around the side of the road where the animal was found.

Queensland Wildlife Carers and Volunteer President Christine Wynne told Daily Mail Australia the the way the animal was impaled made it seem deliberate.

‘That’s my gut feeling and most of the other people I have spoken to agree,’ she said.

‘My feeling was someone was really cheesed off and in a total rage their car had been damaged.’

Ms Wynne said even if the kangaroo wasn’t intentionally impaled, whoever had injured it had left it to die. 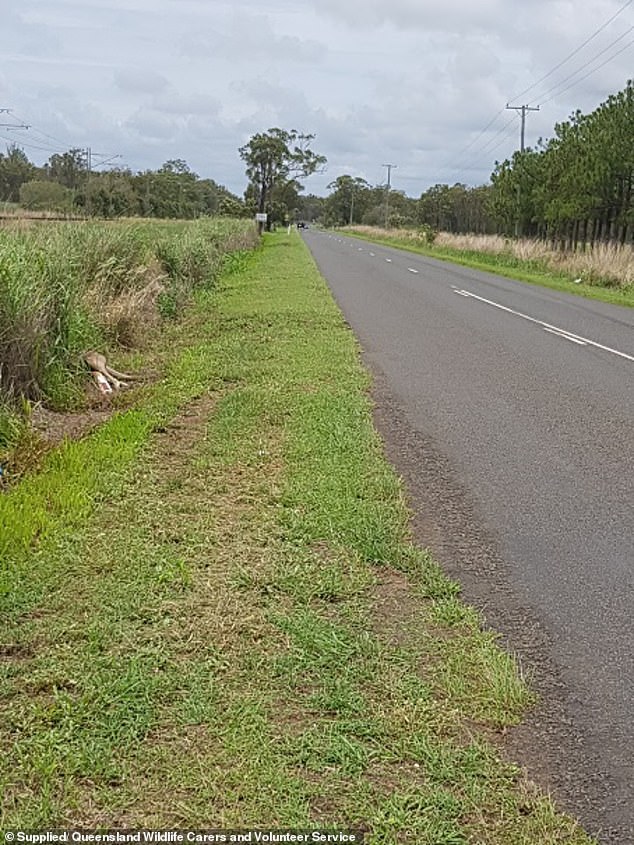 ‘If it was an accident why didn’t they try to get help for it. But they didn’t. They let it suffer,’ she said.

‘If you wanted to euthanise it humanely you would bash it over its head with a brick not force a road post through it’s stomach. That’s gross. They would have had to use a lot of force,’ she said. 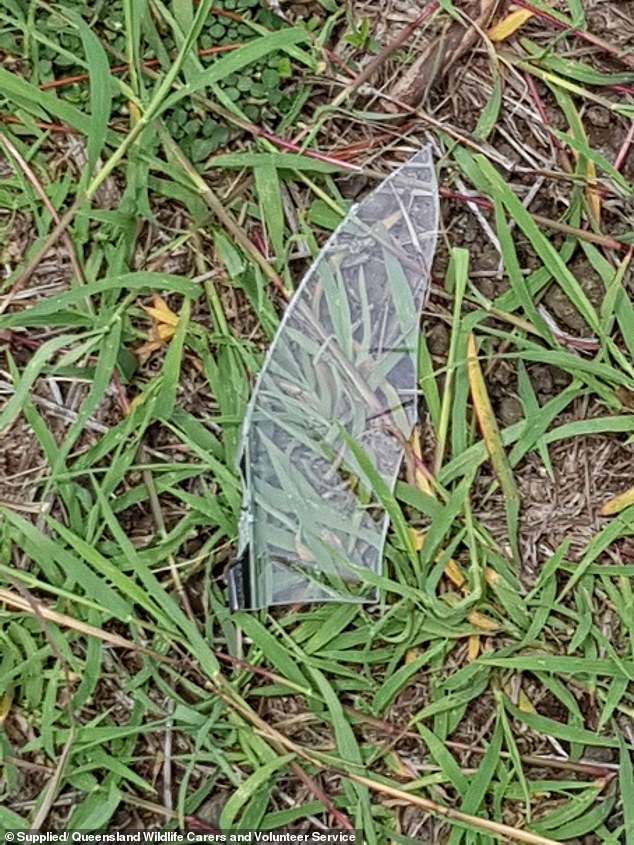