A surfer’s board was bitten in half by a four-metre great white shark at a popular surfing beach in Western Australia.

Emergency services were called to the Farm Break surfing spot at Bunker Bay in the state’s south-west around 2.15pm on Friday.

The shark bit the local man in the leg before he reportedly hit the great white with his surfboard and other surfers rushed to his aid, The West Australian reported.

A man in his twenties had his board bitten in half (pictured) by a four-metre great white shark at popular surfing spot on Bunker Bay beach in south-west WA around 2.15pm on Friday 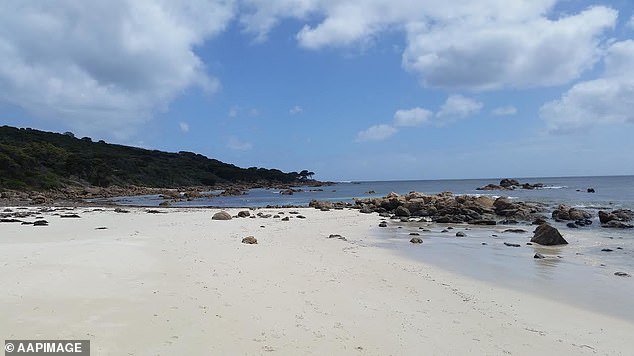 Several other surfers were in the water during the attack and paddled straight towards the man to help him to shore.

Locals who witnessed the attack believed the victim was a 28-year-old man named Phil.

‘Someone yelled out that it was a shark, I turned around and I seen a fella being attacked.

‘Three guys that were close to him they started to paddle towards him… he was already off his board trying to push the board into the shark.

‘Those three guys got him onto the beach… everyone came together, there were guys off calling triple-0 on their phones straight away,’ one man explained.

A helicopter was sent to the popular beach and the surfer was airlifted to Royal Perth Hospital.

The extent of the man’s injuries are not yet known.

‘He’s just sitting on his board and the next thing you know we just heard someone go ‘shark’. 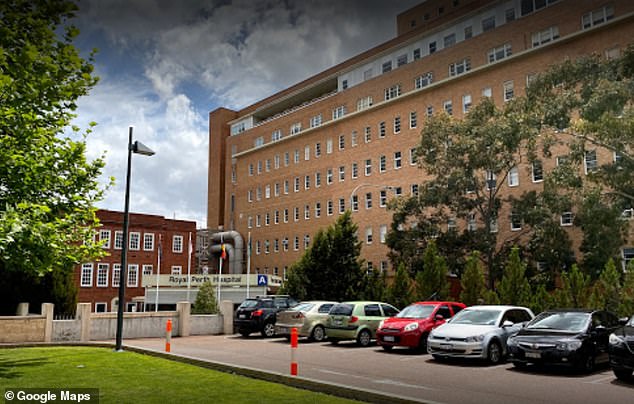 ‘I turned around and I’ve just seen this white (shark) kind of breach. It just obliterated his board,’ one of the man’s rescuers told Nine News.

A Department of Primary Industries and Regional Development statement said they were investigating the attack.

‘Department of Primary Industries and Regional Development is working with local authorities to coordinate responses.

‘DPIRD Fisheries officers are onsite conducting beach patrols and the RAC helicopter is conducting aerial surveillance in the area.

‘City of Busselton rangers have closed off the beach,’ the statement read.

There has been a spate of shark attacks on the east coast in recent months including five fatalities this year. 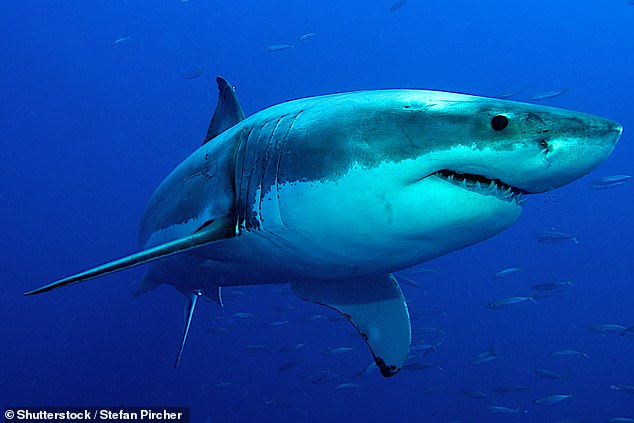