A horrific school bus crash in southern New South Wales has left a woman fighting for life and injured the other 26 passengers on board.

Emergency crews are at the scene of the single vehicle crash near Harden, 125 kilometres north-west of Canberra.

The school bus carrying 28 people including the driver was travelling along Burley Griffin Way on Demondrille Creek Bridge when it crashed at around 8.15am on Friday.

The bus was carrying 28 people, including the driver when it crashed near Harden on Friday

A woman, 65 suffered critical head injuries while an 8-year-old boy is being treated for a fractured leg.

The other 25 passengers were transported to Harden Hospital with a range of minor injuries.

The male bus driver is assisting police with inquiries.

‘A crime scene is in place at the location and officers from the Major Crash Task Force are on route,’ a police statement read. 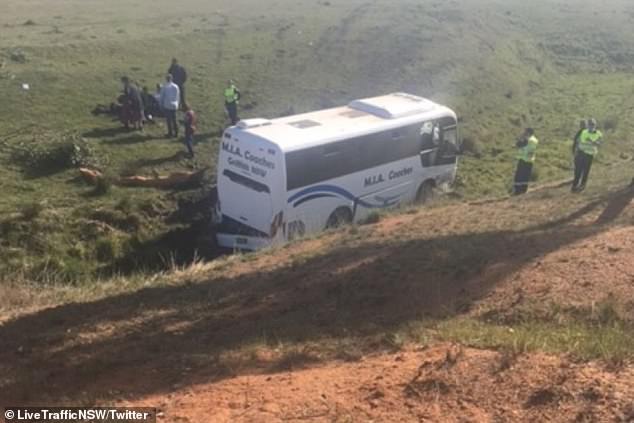