A trainer has called for racecourses to ban alcohol from the stands after she was involved in an altercation with a group of ‘drunk and obnoxious’ men at Salisbury.

Eve Johnson Houghton, who trained 52 winners last season, was sworn at by a group of men during Saturday’s race meeting, and has criticised the drinking culture at racecourses.

She explained that the ‘uncomfortable’ situation arose when she asked a group of men in their twenties to move out of an area of the stands reserved for owners and trainers. 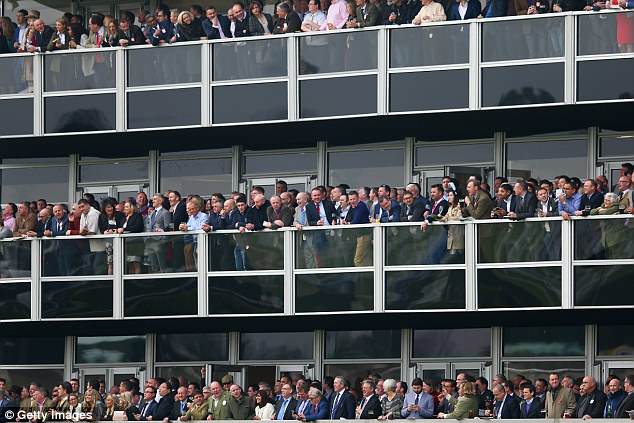 The men started ‘effing and jeffing’ when she said that they were in the way of people who wanted to watch the racing.

Despite insisting that there was no threat of violence from the group, Johnson Houghton told Sportsmail that racecourses need to address safety issues.

‘In football you are not allowed to take drinks into the stands,’ she said. ‘Why should it happen in racing? 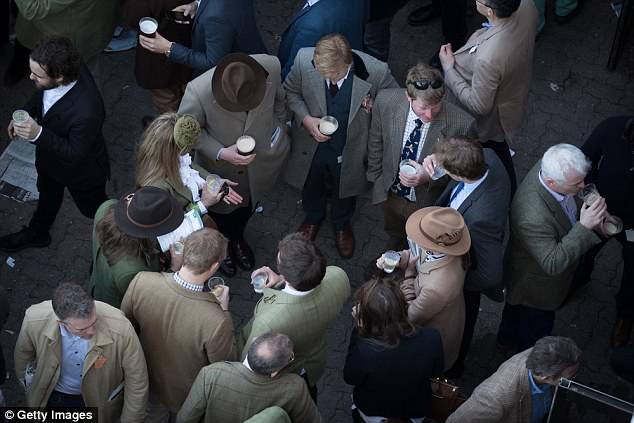 Johnson Houghton believes racecourses should have designated areas for drinking

I do think (racecourses) need to have more designated areas, and people should not be able to drink in the stands.’

Racecourse security has come under scrutiny in recent weeks, following mass brawls at Goodwood and Ascot. An investigation by Sportsmail found traces of cocaine at Newbury and York races, highlighting the issue of recreational drug use at racecourses.

Salisbury racecourse responded to Johnson Houghton’s comments, saying it would explore the possibility of drink-free areas.