Hospital secretary who was sacked for repeatedly checking her own medical records wins £270,000 payout

A hospital secretary has been awarded almost £270,000 after she was wrongly sacked for repeatedly checking her own medical records.

Sarah Austin, who suffers from depression, anxiety and the chronic pain condition fibromyalgia, used her hospital computer to access her own files and those of her mother more than 140 times.

A tribunal found that Miss Austin, 53, who earned around £18,000 a year as a clerical officer, was unfairly dismissed and suffered disability discrimination.

When managers at Leeds Teaching Hospitals NHS Trust, where she had worked for more than 25 years, confronted Miss Austin she claimed she had no idea it was wrong.

Sarah Austin, who suffers from depression, anxiety and the chronic pain condition fibromyalgia, used her hospital computer to access her own files and those of her mother more than 140 times

She said she was checking the dates of her own upcoming medical appointments and that she had accessed her mother’s files to allay her fears that she had suffered an accident.

A Leeds employment tribunal was told that manager Anthony Warren first discovered that Miss Austin had been accessing records in December 2015, when she asked him why one of her appointments had been cancelled, before she had received an official letter.

After taking time off sick, Miss Austin was told she was being investigated for gross misconduct and was suspended. She was eventually sacked in May 2017.

But, the hearing was told, checking records was ‘widespread’ by other staff members and the trust had failed to recognise that Miss Austin genuinely hadn’t understood its ‘opaque’ policies.

The tribunal concluded that hospital bosses had discriminated against Miss Austin because they failed to realise her medical conditions, which caused her forgetfulness and anxiety, were behind her behaviour. The panel awarded Miss Austin £269,113 in damages for disability discrimination and breach of contract. 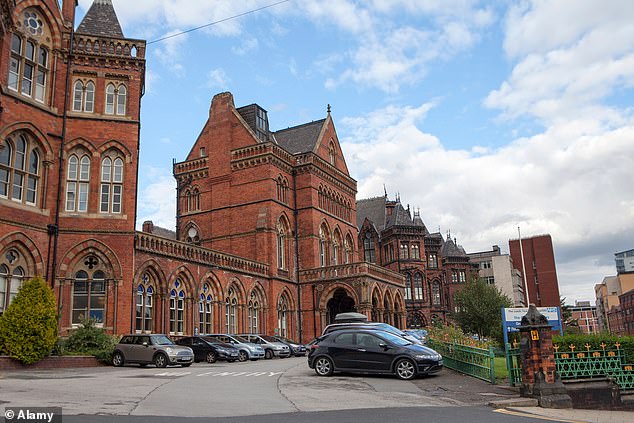 Leeds General Infirmary, pictured, is run by Leeds Teaching Hospitals NHS Trust, where she had worked for more than 25 years

Employment judge Hannah Bright said: ‘Miss Austin did not know that what she was doing was wrong. She understood that she must not access or share the records of other people outside her immediate family, in particular strangers.

‘But she did not understand that the same prohibition applied to her own or her mother’s records.

‘Miss Austin was not breaching the trust’s policies or rules maliciously, intentionally or recklessly.’

The judge added that Miss Austin, who is single and in her 50s, had worked for the trust for almost all her working life.

Her dismissal caused her to lose friends, become isolated and suffer worsening anxiety and panic attacks.

In a statement Miss Austin said: ‘I have lost my job, my career, everything that 25 years’ service has built up.