Susan Halbert, 83, from Newton Mearns, Renfrewshire, fell outside her home and broke her arm in two places

Health chiefs have been forced to apologise after an 83-year-old woman was turned away from a hospital for being too old.

Susan Halbert, 83, from Newton Mearns, Renfrewshire, fell outside her home and broke her arm in two places.

Paramedics were called and took her to Glasgow’s New Victoria Hospital, but she was told doctors would not see her because she was over 65.

The pensioner was then taken to A&E at the Queen Elizabeth University Hospital where, after a four-hour wait, she was given a splint and sent home.

The New Victoria has a minor injuries unit which is equipped to deal with limb injuries.

Mrs Halbert, who is still wearing a brace on her arm, said: ‘I’ve never experienced anything like it. The paramedics were lovely. They came straight away and couldn’t be more helpful. Unfortunately that didn’t continue.

‘They took me to the Victoria and we went inside, only for the receptionist to explain that I couldn’t be seen because I was over the age of 65.

‘Rather than be able to go and help other people, the paramedics instead had to take me to the Queen Elizabeth, which was so busy I had to wait four hours to be triaged and another two hours to be treated.’

Mrs Halbert, added: ‘The paramedics were as stunned as I was. They even told me they had never heard of someone being too old for treatment before. 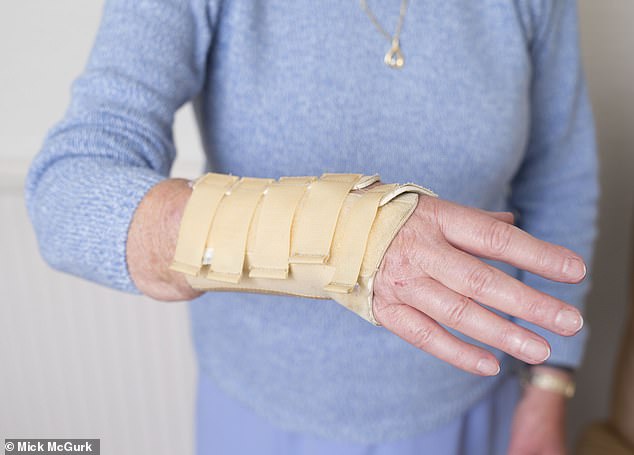 Mrs Halbert, who is still wearing a brace on her arm, (pictured) said: ‘The paramedics were as stunned as I was’ 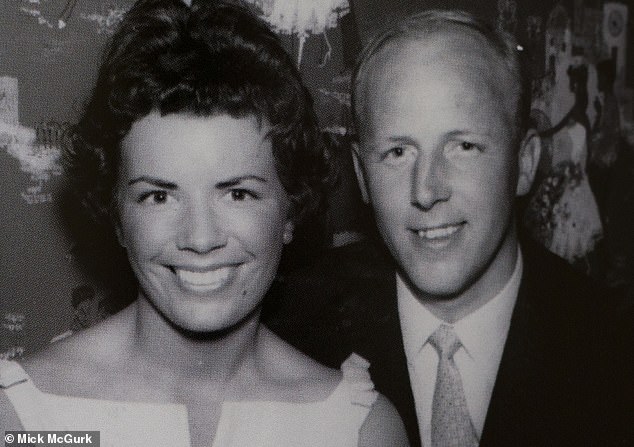 Mrs Halbert, pictured with her husband on her wedding day, was finally taken to A&E at the Queen Elizabeth University Hospital where, after a four-hour wait, she was given a splint and sent home

‘I was very cross at the time because I was there with my arm broken in two places and there was this woman on reception who wasn’t even a doctor telling me I couldn’t go in.

‘We are all people. Whether someone is one or 101, we all deserve to be treated the same and not like second-class citizens.’

The incident is the latest blunder by over-stretched NHS frontline services. In 2015, we told how a GP at the same hospital failed to treat ebola survivor Pauline Cafferkey after she attended the out-of-hours service complaining of feeling unwell.

Miss Cafferkey, a nurse who contracted the deadly infection while volunteering in Africa, was given an anti-sickness injection.

After being allowed home, her condition deteriorated and she was then flown to the Royal Free Hospital in London for treatment. 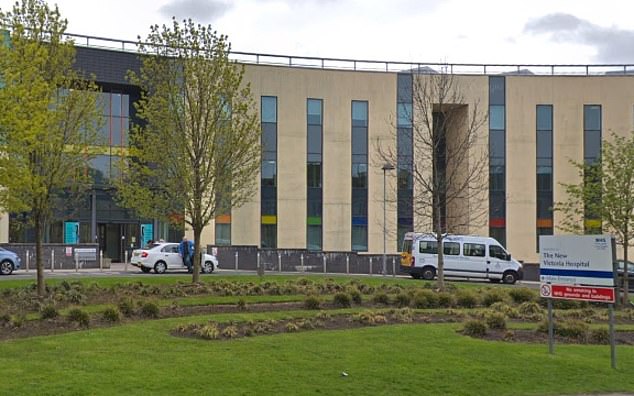 In November last year, the New Victoria was one of five hospitals run by NHS Greater Glasgow and Clyde to cancel operations because of problems with a surgical decontamination unit.

At least 140 patients, including some urgent cancer cases, were also affected at Glasgow Royal Infirmary, Queen Elizabeth University Hospital, Stobhill Hospital and Gartnavel General Hospital following the closure of the Cowlairs decontamination unit in Springburn. An inspection had raised concerns over the fabric of the building.

The health board apologised to Mrs Halbert for ‘confusion’ following her fall in April.

A spokesman said: ‘There is no upper age limit for patients at our Minor Injuries Units (MIUs).

‘Our MIUs can treat cuts and grazes, insect bites, minor burns, sprains and strains and limb injuries such as a broken ankle.

‘However, they are unable to treat more serious conditions such as complex fractures and this patient must have required to be seen in an accident and emergency department.

‘We are sorry for any confusion around where this patient should have been sent and that she was unhappy with the care she received.

‘We are happy to discuss this with her in more detail if she gets in touch.’