Hospitals have been accused of trying to ’emotionally blackmail’ care homes into taking back coronavirus patients by leaving them by the gates.

Paramedics were said to have left pensioners at their homes in the early morning with no staff around.

A care home boss in the north of England told the Sunday Mirror: ‘The hospitals call and say that the residents are positive but just want to go back to their homes.

‘We stand firm but it feels like emotional blackmail.’

It comes following revelations that hospitals may have broken the law by sending patients with coronavirus back to care homes without telling their managers they had the virus.

The Care Quality Commission (CQC) has been told that several hospitals returned people despite suspecting – or even knowing – they were infected.

These patients triggered outbreaks in homes, claiming the lives of other vulnerable residents.

The Care Quality Commission (CQC) has been told that several hospitals returned people despite suspecting – or even knowing – they were infected (pictured: Clinical staff care for a patient with coronavirus) 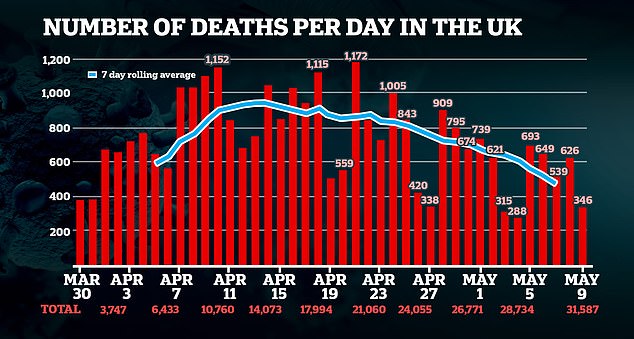 Rachel Beckett, of Wellburn Care Homes, said: ‘Hospitals have told us we were breaking the law by not taking positive patients, which is not the case.’

She said one resident at one of Wellburn’s 14 homes in the north went to hospital and tested positive – but was sent back still showing symptoms.

Ms Beckett said the home would not admit her until she was negative but paramedics ‘put pressure’ on staff ‘to the point where they were becoming emotional’.

Coronavirus outbreaks in care homes are now ‘leaking’ back into the community and driving the epidemic, Government advisers have said.

Experts say widespread cases in care homes are pushing up the UK’s average transmission rate and are providing one of the biggest barriers to lifting the lockdown.

The stark warning highlights how the failure to protect Britain’s care homes from the virus has not only cost the lives of thousands of elderly residents, but has also had devastating consequences for the entire population.

Senior officials have warned that levels of coronavirus infection are likely to be at least five times higher among hospital and care home staff than in the wider population.

They are ‘particularly worried’ about healthcare workers picking up the disease and spreading it among the wider community or to other patients. Ministers have been told they need to ‘get on top’ of this urgently before the lockdown can be lifted.

She added that relatives of the women were very upset, and the home eventually admitted her but she was still positive one week later.

Ms Beckett said that in another incident a resident was sent back at 3am ‘because there was nobody to say no’.

The CQC is investigating after being informed by care home managers that hospitals discharged patients into their premises without telling them they had the disease.

Kate Terroni, the watchdog’s chief inspector of adult social care, said: ‘We have heard of a few incidents where this has happened and it has resulted in infections spreading to other residents in the care home.

‘In cases where it looks like the information wasn’t disclosed by the hospital, we are looking at whether the hospital breached their regulations and whether we can take action. It’s an issue we take really seriously.’

The CQC enforces a series of regulations, enshrined in law, that health and adult social care services in England must comply with. Breaching some of these rules is a criminal offence and the watchdog can bring prosecutions.

The CQC is also investigating whether care home residents have died from noncoronavirus conditions due to a lack of visits from GPs.

Chief executive of Care England, Professor Martin Green, said hospitals are discharging people at night because there will not be senior staff there to resist it.