More than 13,500 hospital beds – one in seven – are filled with patients declared fit for discharge by doctors.

The total is triple the pre-pandemic average and – since NHS overnight stays are around £400 – may be costing £5.5million a day.

The patients should be moved to a care home or offered home support but staff shortages mean many languish on wards for weeks.

The scandal contributes to fatal ambulance delays as 999 crews wait outside A&E for a free bed, unable to respond to emergencies.

Category two calls, which include heart attacks and strokes, now have an average response time of 59 minutes compared with the 18-minute target.

Every month around 100,000 patients are forced to wait more than 12 hours for a bed after arriving at casualty.

The £13billion-a-year national insurance hike is supposed to push more money into social care but only once the backlog in NHS waiting lists has been cleared – a process expected to take several years.

She told party members last week: ‘The problem we have is that people are in beds in the NHS who would be better off in social care beds.’

But figures obtained by the Daily Mail for the past two years suggest this July was the worst month on record, with an average of 13,017 beds blocked each day.

The figure on August 1 was 13,523 – compared with 6,532 on the same date in 2020. Alarmingly, only 40 per cent of patients in July left hospital on the day they were deemed fit to do so. Those who remain longer than necessary risk sickness through infection, delirium and muscle wastage.

Industry leaders say the crisis in social care has been caused by an exodus of staff, with workers leaving to take up better paid jobs in retail.

There are 165,000 vacancies in adult social care in England, meaning around one in ten positions is unfilled, according to the charity Skills for Care. 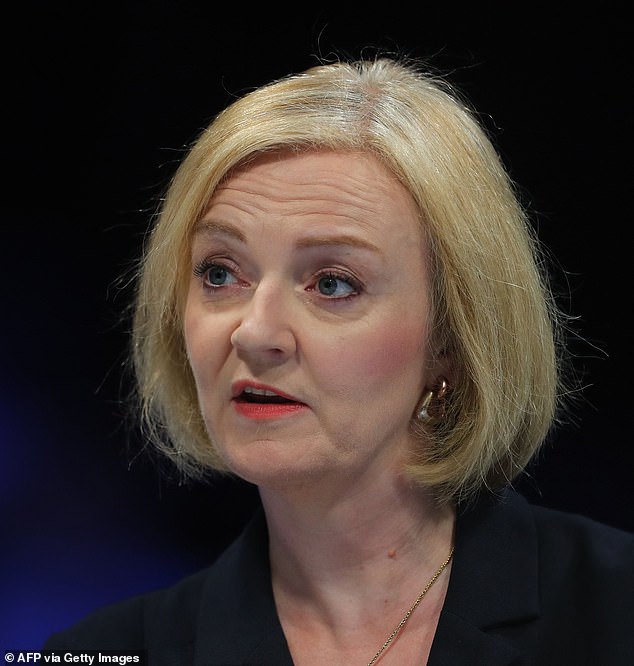 Patients who cannot live independently face lengthy waits for a care assessment, home help or care home place, during which time they remain in hospital. They often require assistance with basic daily tasks such as washing, cooking and dressing.

Bed-blocking is also slowing the pace at which hospitals can treat patients on record waiting lists, experts say. Medics are unable to admit some patients because there are not enough free beds for them to recover in after surgery.

Six in ten Britons no longer believe the NHS will treat them quickly if they become unwell, a poll suggests.

Just over half said it had become more of a struggle to see a GP, according to the YouGov survey for The Sunday Times. Two thirds said appointment waiting times were unreasonable and almost 10 per cent were considering private care.

Figures this month showed a record 6.7million are waiting for hospital treatments.

Rory Deighton of the NHS Confederation, which represents health groups, said: ‘Underinvestment is having a crippling effect on patient discharges from hospital and is causing misery for thousands.’

Care providers said that rocketing costs – including energy bills – and low fees paid by councils to cover adult social care made it difficult to attract and retain staff.

They are routinely paid around or slightly above the national living wage of £9.50 an hour and can often earn more in a supermarket.

Ruthe Isden of the charity Age UK said care providers ‘could double their client roster if they could just find the staff’. Professor Martin Green, of the trade body Care England, said some homes were unable to fill their beds because they did not have enough staff to supervise them all safely.

Some councils pay just £500 a week toward a care home resident’s 24-hour needs, a sum intended to cover accommodation, medicine, food and staffing.

Professor Green added: ‘We cannot pay people what they are worth. People are paid a little bit more to stack shelves – so you understand why people leave when they can earn that but without the stress.’

Dr Jane Townson, chief executive of the Homecare Association, said it was particularly difficult to obtain state-funded home help, or domiciliary care unless the patient was ‘pretty much on their last legs’.

She added: ‘We have calls from people saying they phoned every homecare provider in their area and there is no availability.’

An NHS spokesman said: ‘The latest figures are another reminder of the difficulties faced by NHS staff in ensuring people are able to be discharged. It is undoubtedly the case that both health and social care systems are under a lot of pressure.’

‘I paid to get my husband out’

Geraldine Durrant believes her dementia-stricken husband would still be languishing in a hospital holding ward today had she not paid for his care needs to be assessed privately.

The childhood sweethearts had been married for 52 years when former RAF wing commander Patrick, 78, developed a urinary tract infection and was taken to hospital.

Two weeks later the grandfather of five was declared fit to go home but was kept in because of a lack of social care. 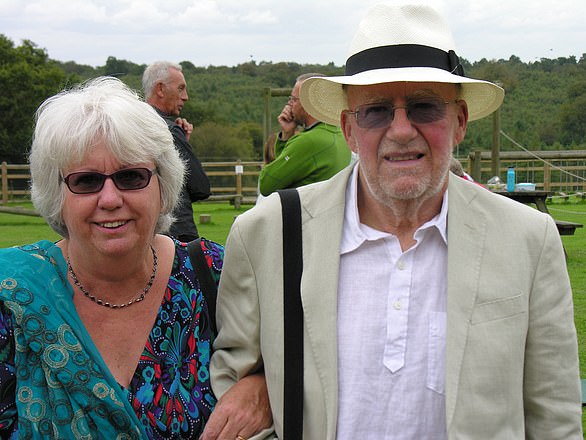 ‘All the time my husband was in hospital, ready to be discharged, but lounging around in his bed, someone else was in need of it,’ said Mrs Durrant, a children’s author and journalist from East Grinstead in West Sussex.

Mr Durrant, a former chief engineer with British Airways, spent a week as a bed-blocker in East Surrey Hospital after being admitted in June.

He was moved to a rehabilitation unit in Crawley where he was deemed fit but could not leave until his wife paid £2,600 for his needs to be assessed at a dementia unit in East Grinstead.

He has since returned home, where a private carer comes in once a day.