Hospitals could be fined for failing to spot and treat the ‘silent killer’ sepsis under new guidelines.

Staff are being told to be extra vigilant for symptoms of the condition in patients at A&E and on wards.

Junior doctors will also be obliged to tell consultants if patients diagnosed with sepsis haven’t responded to drugs within an hour.

The condition is known as the silent killer because it is notoriously difficult to diagnose and patients’ risk of death significantly increases for every hour they are not given antibiotics. Staff are being told to be extra vigilant for symptoms of the condition in patients at A&E and on wards [File photo]

The guidelines, which take effect from April 1, will be enforced by local health trusts, now known as Clinical Commissioning Groups. CCGs will have the power to withhold funding from hospitals if sepsis care is poor.

There are about 250,000 cases of sepsis in the UK each year. The condition is the country’s leading cause of avoidable death, with total fatalities reaching 52,000 a year – although this may well be an underestimate.

Sepsis occurs when the body overreacts to an everyday infection or virus, and it is commonly triggered by a skin infection, chest infection or the flu. 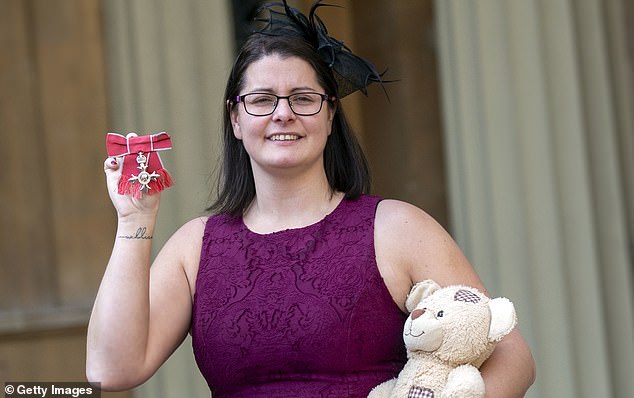 Melissa Mead carried her son’s ashes in a teddy bear as she was awarded an MBE earlier this year for her work raising awareness of sepsis. The Daily Mail has been campaigning to improve sepsis care since 2016, following the tragic case of her one-year-old son William Mead

It develops when the chemicals that the immune system releases into the bloodstream to fight an infection cause inflammation throughout the entire body instead.

The condition is known as the silent killer because it is notoriously difficult to diagnose and patients’ risk of death significantly increases for every hour they are not given antibiotics.

Celia Ingham Clark, of NHS England, said: ‘We’ve come a long way in the NHS in improving how we identify and tackle sepsis, with more people having the problem spotted and treated than ever before.

‘The NHS Long-Term Plan is a blueprint for transforming NHS care and, after the success we’ve had ramping up earlier sepsis diagnosis in many parts of the country, all hospitals will now be required to deliver the best possible practices for identifying and treating sepsis.’

Dr Tim Nutbeam, of the UK Sepsis Trust, added: ‘If delivered correctly [this initiative] will ensure rapid and effective treatment for the patients who need it most, while ensuring that senior clinical decision-makers are supported in making informed, balanced decisions in relation to the prescribing of antibiotics. 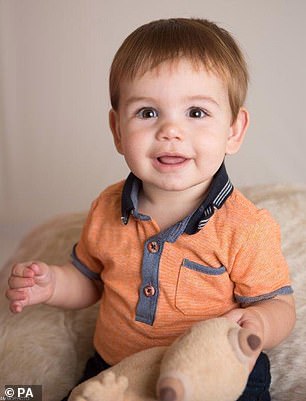 William was just 12 months old when he died of sepsis. A damning report obtained by the Mail revealed how there had been 16 failures in his case, with a string of clinicians failing to spot signs he was suffering from sepsis

‘We have been working with NHS England for the past three years to improve the recognition and management of sepsis in hospitals.

‘This next step will ensure that every patient receives the attention they require.’

Some hospitals have recently been criticised for failing to prevent sepsis deaths. They include the Shrewsbury and Telford Hospitals and the Dudley Group of Hospitals in the West Midlands.

Without prompt antibiotics, the condition can lead to multiple organ failure and death.

The Daily Mail has been campaigning to improve sepsis care since 2016, following the tragic case of one-year-old William Mead.

He died from the condition in Treliske Hospital, near Truro in Cornwall, after GPs and other staff missed the warning signs.