By Richard Marsden and Nick Owens For The Daily Mail

Record numbers of gambling addicts are being admitted to hospital, figures have revealed.

Conditions suffered by patients include mental health problems – while others may have suffered an injury or illness linked to their addiction.

However, experts say these cases are only the ‘tip of the iceberg’. The NHS estimates that more than 400,000 people in England have a gambling addiction.

Record numbers of gambling addicts are being admitted to hospital, figures have revealed (file photo)

Labour MP Carolyn Harris, who has long campaigned for greater regulation of gambling giants, said: ‘These figures don’t even begin to tell the true story of the havoc wrought and lives ruined by problem gambling.

‘While the NHS must absolutely prioritise funding and support, it’s about time that those responsible – the gambling companies themselves – were made to properly pay.’

She added: ‘Day in, day out, we hear of the despicable practices that the gambling companies are using to hook people online – and keep them hooked. They are responsible for these ruined lives.’

Hotspot regions for gambling-related hospital admissions included North West England and London, while those aged 30-39 were the most susceptible group. 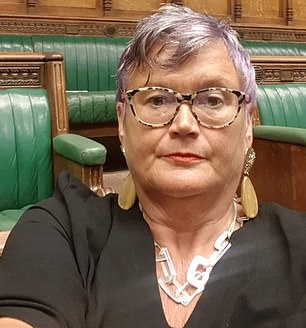 Specialist NHS support for gambling addicts is available only in London but 14 clinics across the country are being set up over the next five years, starting in Leeds.

Dr Nick Summerton, a GP and public health expert, warned that gambling is a ‘growing health issue’ – and often goes unnoticed by GPs.

Meanwhile, Professor Henrietta Bowden-Jones, director of the National Problem Gambling Clinic, said: ‘It is not just gamblers who become suicidal but their family members too as they take on the strain of the financial difficulties.’

The Daily Mail has campaigned for years for a crackdown on internet gambling and fixed odds betting terminals in bookmakers.

A spokesman for the Betting and Gaming Council, which represents the industry, said: ‘We have introduced a whistle-to-whistle gambling ban on advertising [during live sports], support the current public awareness campaigns such as BetRegret and our members have committed to significant increases in funding for national gambling charities.’