HOT OR NOT: Ajax played scintillating football in their shock win over Real Madrid

HOT OR NOT: Ajax played scintillating football in their shock win over Real Madrid and Kylian Mbappe had a rare off night against Manchester United

It’s Hot or Not time again as Sportsmail’s IAN LADYMAN reveals what’s been making him feel warm and what’s been leaving him cold this week.

Ajax’s football in thrashing Real Madrid was the best of the week. But before we get carried away and talk of blueprints for the future, it is worth noting that the Amsterdam club have not won a European trophy since 1995 and last won their own domestic league five years ago.

With Steve Smith and David Warner free to play in the final two games of their country’s ODI series against Pakistan following the end of their ball-tampering bans, they have been told to forget the idea.

We all know the pair will play in the World Cup this summer but at least their country is doing a decent job pretending their route back in to the team will be hard earned.

On a big night for Manchester United, BT’s lead commentator made his own mark. ‘And Solskjaer has won it,’ proclaimed Fletcher at full-time, aping Clive Tyldesley’s memorable comment from the end of the 1999 Champions League final. Good commentators think on their feet. 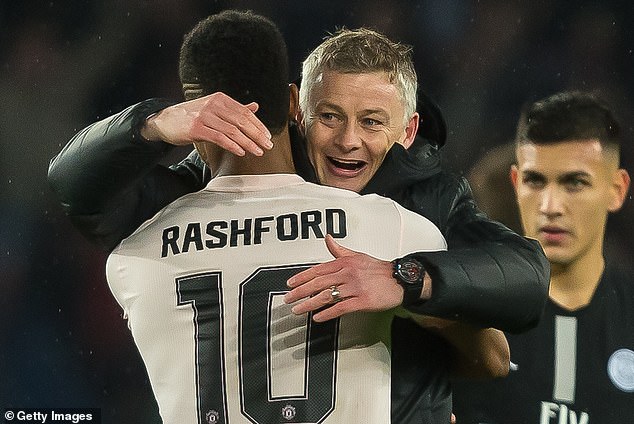 As Marcus Rashford scored the winner, Darren Fletcher said: ‘And Solskjaer has won it’

The son of former Chelsea star Dennis is remembered as one of the first babies to be carried on to a football field as he collected the 2000 FA Cup with his father at Wembley.

Almost two decades on and Wise Jnr has found football a tough nut to crack. Once on Arsenal’s books, he is currently without a club and looking for employment after a trial at Watford didn’t work out.

Much love for the French flyer after PSG’s 2-0 first leg defeat of Manchester United in the Champions League — but not so after Wednesday’s turnaround in Paris.

United will rarely be luckier than they were in Paris, but key to all of it was a bad night for the new golden boy of French football. On this evidence, the 20-year-old was not listening the day his youth coaches told him about the value of playing with your head up. 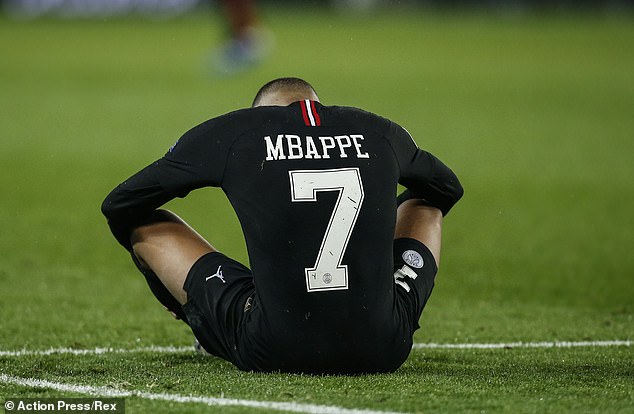 With Cheltenham looming it will be interesting to see if new measures to safeguard horses have the desired effect after last year’s fatalities.

Meanwhile, in America the fabled Santa Anita track — on which the great Seabiscuit stole so many hearts — has been closed after 21 horses died during a season that only began on Boxing Day. This is not a misprint. The number really is 21.