HOT OR NOT: Darren Moore wins manager of the month in same week West Brom are relegated

The West Brom caretaker coach received the manager-of-the-month award in the same week his club were relegated, a first for the Premier League.

Moore has done an excellent job since Alan Pardew left and clearly has a good relationship with the players. But West Brom should think hard before giving the 44-year-old the job full time.

The Championship is a terribly tough league to earn promotion from and, if they keep some of their best players, next season may actually represent the Baggies’ best chance.

Do they really want a rookie manager at the helm?

The American sports broadcaster on ESPN was so moved by Thompson’s efforts in saving Rochdale from relegation that they made his crucial goal against Charlton the subject of their ‘Video of the Day’.

The segment usually features clips from one of the big US sports or occasionally action from the Premier League. But Thompson — who has twice beaten cancer — has helped to put his League One club on the worldwide map and they deserve it. 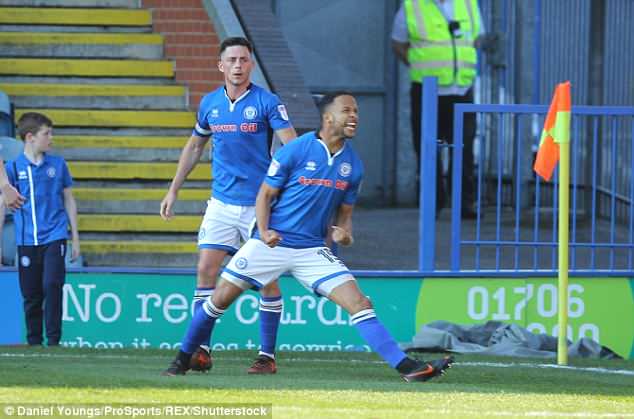 Joe Thompson scored a crucial goal for Rochdale to keep them, and has beaten cancer twice

Their survival means that all 16 teams promoted into English football’s top five divisions, from Premier League to National League, have stayed up this season. Good management all round. 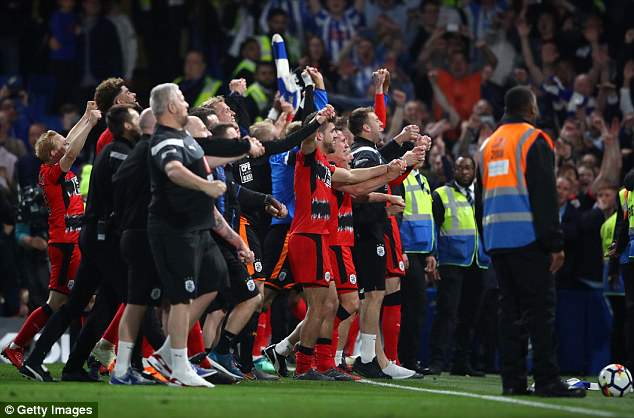 Former Bolton striker Kevin Davies will no doubt be feeling a little bruised after his first management job ended with the sack after only six months, but maybe he is better off.

The National League club have now sacked five managers in a little over two years. At Haig Avenue, it’s hardly worth signing the contract.

The Juventus goalkeeper has been charged by UEFA after his rant about English referee Michael Oliver and quite right too.

One day Buffon, 40, may realise that his failed quest to win the Champions League all these years is actually nobody else’s fault. 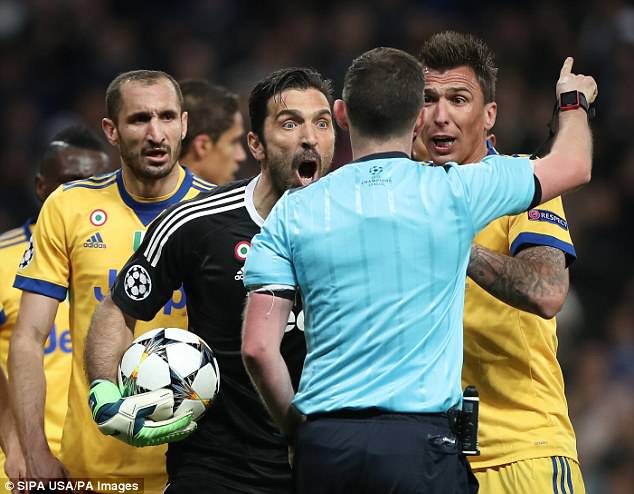 The centre forward seemed a strange signing for West Ham when they paid £10m to buy him from Preston in January and the fact he has played only 22 minutes of first-team football since then would appear to bear that out.

Hugill is 25, so is hardly one for the future. Why buy him?