In an age when the traditional No 9 is becoming somewhat obselete, Harry Kane and Mauro Icardi continue to carry the flag for old-fashioned centre forward play.

Two of the best goal scorers on the planet, one of them will be waving goodbye to the Champions League after Christmas, with only one of Tottenham or Inter Milan able to progress from Group B.

Over the past three seasons, the careers of both attackers have skyrocketed, with both becoming talismanic for their clubs – indispensable focal points of attack.

Since August 2015, Kane is well ahead in the statistic that matters most – goals scored, with 115 hitting the back of the net compared to Icardi’s 81.

However to dig a little deeper shows how impressive Icardi’s record is – he has had less than half the number of touches than Kane, 2,831 compared to 5,782.

This shows how their style of play differs – Kane is more willing to drop deep to collect the ball, while Icardi’s domain is firmly within the opposition box.

This illustrates why the Argentine has far fewer shots on average within 90 minutes than the England captain – 2.88 per game, compared to 4.5. 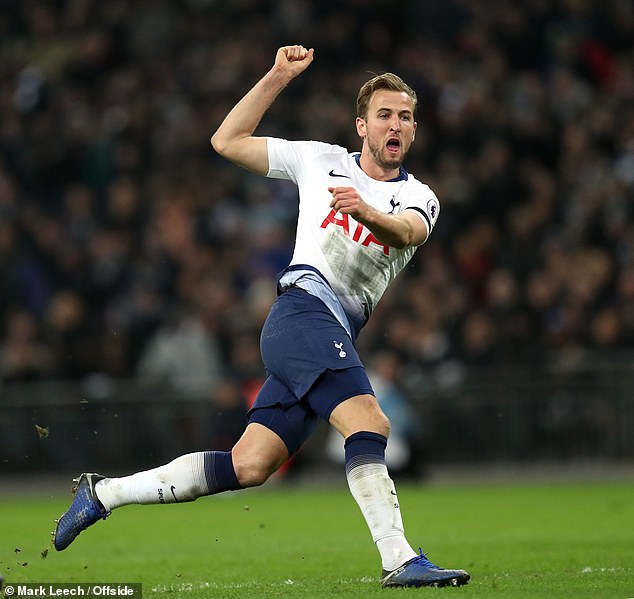 Kane has scored more goals in the last three years, but Icardi is more efficient say the stats

Kane though is far from an inefficient finisher, as is borne out in their successful strikes to games ratio – 0.82 for Kane, 0.71 for Icardi.

Both players favour their right foot, although the stats indicate Kane is more comfortable shooting on either side.

Both are similarly adept with their heading, Kane narrowly edging that metric, while both also enjoy strong records from the penalty spot.

In reality, both are extremely adept strikers, and the Champions League will be a poorer competition for which ever one has to drop out after the group stage.