Hot spots for half-term: You don’t have to go too far for sun and fun on your autumn school break

The October half-term is the last-chance saloon for finding sunshine without having to fly to the ends of the world.

The good news is that while the UK will be digging out its thermal socks, plenty of Europe — and just beyond — is doing a fine impression of summer.

Here’s our pick of the best still-warm holiday spots for the autumn school break . . .

Sand dunes and sunshine: Treat your children to a camel ride across the beach in Dubai

If only proper, all-day sunshine will do, then a week in Dubai will see your vitamin D levels soar. Alternate lounging on sun-drenched beaches with taking a dip in the warm Gulf waters. And when you tire of the heat, visit the air-conditioned malls.

Let’s go: The Westin Dubai Mina Seyahi Beach Resort costs £1,236pp for a week’s stay, based on a family of four sharing a room with breakfast included. Flights from Edinburgh on October 20 (hayesandjarvis.co.uk, 01293 762 415). 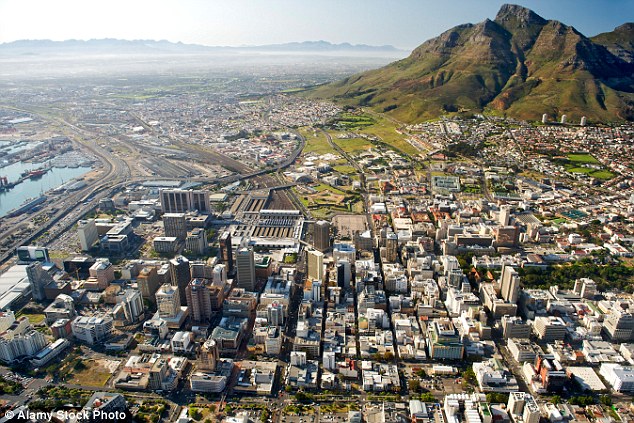 A city of visual style: Cape Town is spectacular – and, better still, is a jetlag-free zone

While Britain thrusts open its brolly, October in Camps Bay, a glamorous coastal suburb of Cape Town, is a precipitation-free zone with plenty of sunshine on offer. And don’t forget to visit the penguins in Simon’s Town. What’s more, there’s no jetlag. 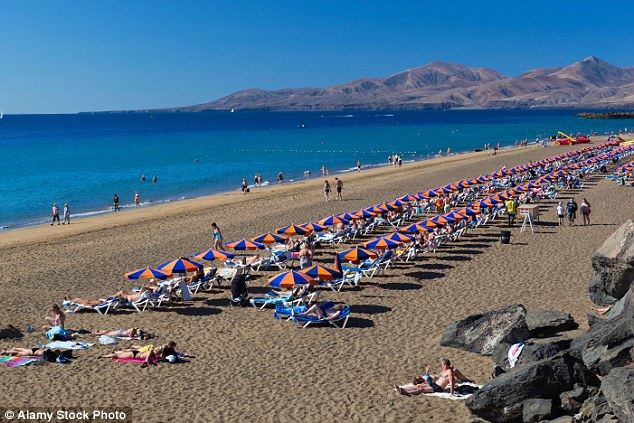 For decent odds on autumnal sunshine, the Canary Islands are hard to beat

For decent odds on close-to-home autumnal sunshine, the subtropical charms of the Canaries are hard to beat. October in Lanzarote is a balmy affair, with swaying palms and the famous charcoal-black sands baking under a 27c sun. 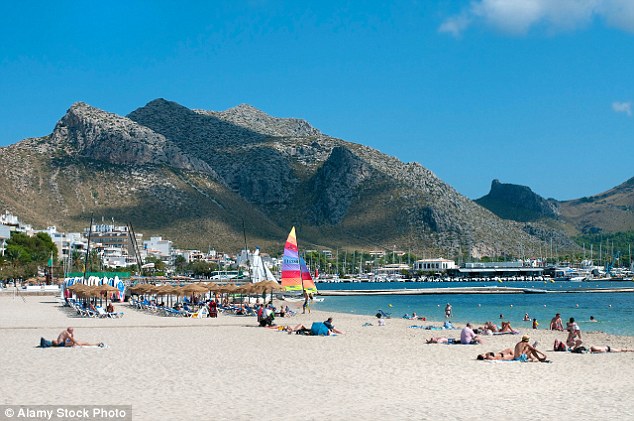 The final weeks before Mallorcans flick the tourism button to off are among the most delightful for families seeking proper relaxation. Head for glitzy Puerto Pollensa in the north-west and enjoy the warm, child-friendly shallows close to the Paseo Vora Mar promenade. 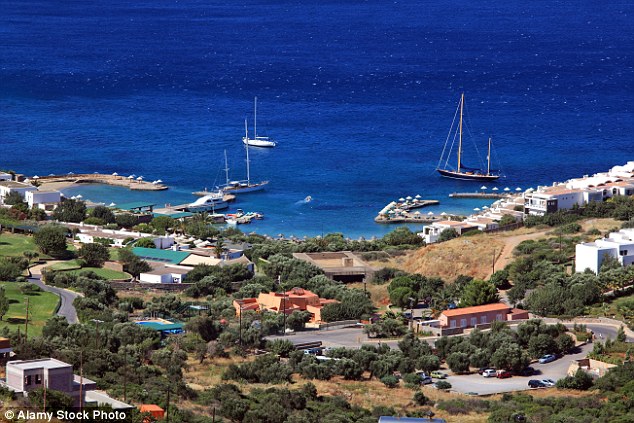 Far from being a winter-ready ghost island, Crete’s main tourist hubs — particularly around Elounda (pictured) — are very much still open for business

The late months on Crete are perfect for autumn hiking with temperatures reliably in the low to mid-20s. Far from being a winter-ready ghost island, Crete’s main tourist hubs — particularly around Elounda — are very much still open for business.

Sea temperature: A rather refreshing, fine when you’re in 23c.

Let’s go: A family of four staying half-board for seven nights at the luxury Kalimera Kriti resort, on the outskirts of Sissi in north-east Crete, will pay £4,206, based on October 23 flights from Gatwick (01293 763400). 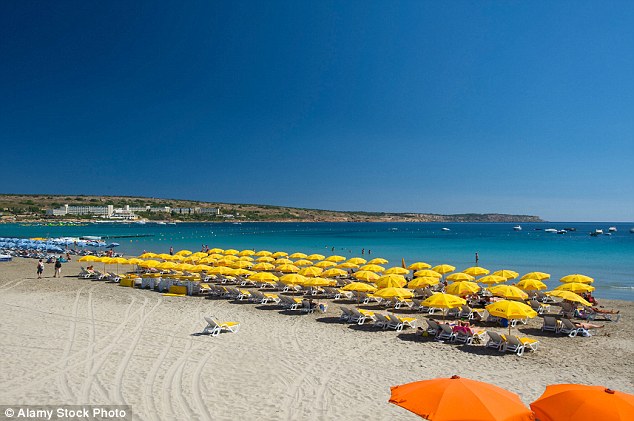 Amazed by Malta: Head to blue-flag Mellieha Bay (pictured), which stretches some half a mile and promises lazy days on golden sands

This tiny island off the North African coast basks in sunshine for 300 days of the year, so it’s a pretty safe bet for late October warmth. Head to blue-flag Mellieha Bay, which stretches some half a mile and promises lazy days on golden sands. The sea beyond it is shallow and stays warm throughout October.

Let’s go: Homeaway has seven nights in a two-bedroom villa in Mellieha for £645, based on four sharing from October 23. Fly to Malta with Ryanair from Luton for £272 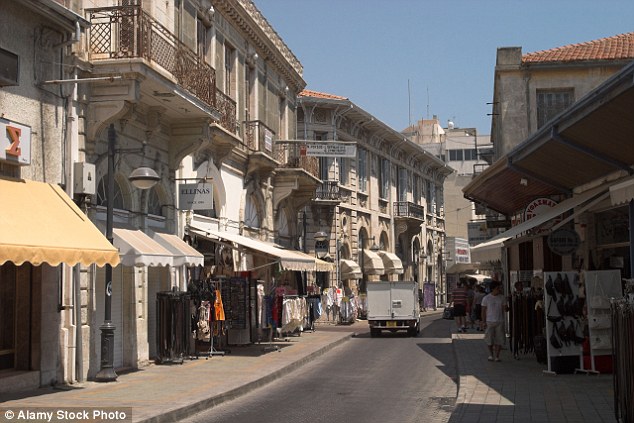 Charmed by Cyprus: Restaurants in Limassol (pictured) tend to lay out the red carpet for families in the later months, too, with meze-based feasts surprisingly wallet-friendly

While the mountainous interior is a chillier affair come October, the larger Cypriot coastal resorts — think British-friendly Paphos and Limassol — are perfect for warming one’s bones. Restaurants tend to lay out the red carpet for families in the later months, too, with meze-based feasts surprisingly wallet-friendly. 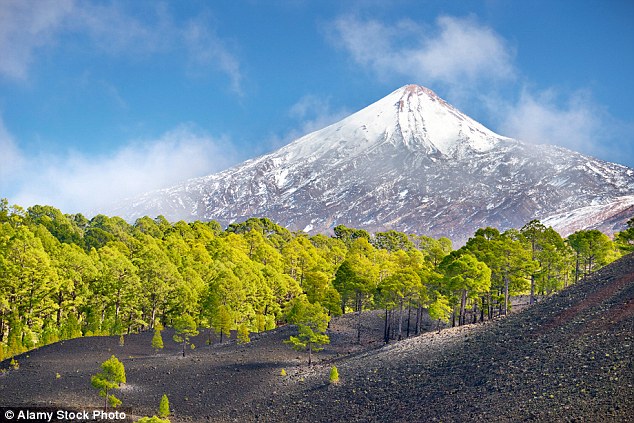 The beast within: Tenerife is dominated by the colossal Mount Teide

The Canaries’ year-round sunshine is well documented, but Tenerife’s accommodation makeover continues. Take your pick from a legion of swish new luxury hotels, many offering all-inclusive deals. A day trip to other-worldly Mount Teide, the island’s volcano, offers a geology lesson for the kids. 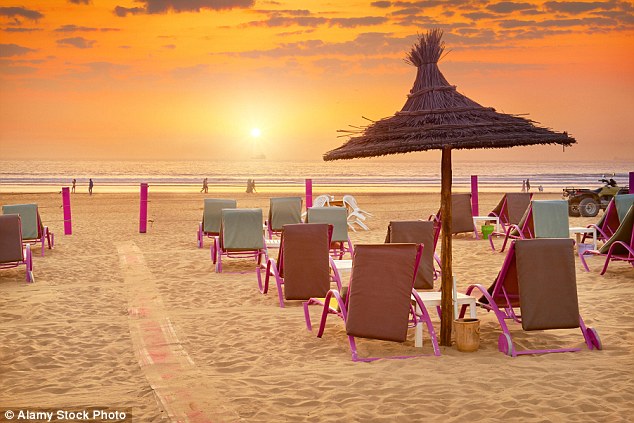 More from Morocco: Agadir (pictured) is arguably Morocco’s most family-friendly option. There are plenty of big, roomy hotels with easy access to the sheltered, sandy hook of beach

Half-way down the country’s Atlantic coast, Agadir is a colourful resort town that was entirely re-built following the devastating 1960 earthquake. Arguably Morocco’s most family-friendly option, there are plenty of big, roomy hotels with easy access to the sheltered, sandy hook of beach. 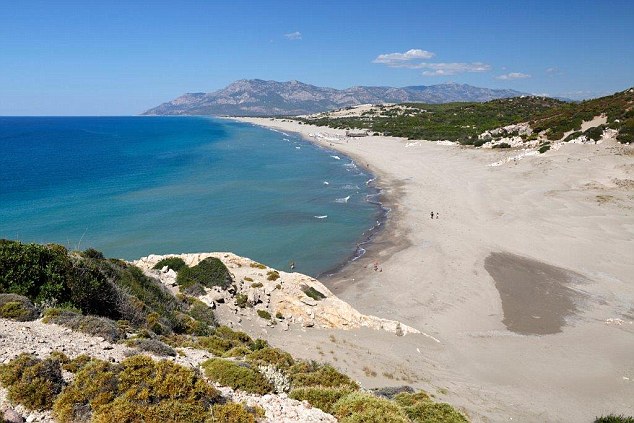 How does a dip in azure waters followed by an ocean-to-plate fish lunch sound? Hillside Kalkan lies at the foot of the Taurus mountains and its white pebble beach has the blue flag flying. Don’t miss Patara beach, home to endangered loggerhead turtles.