A family of Indian tourists were left red-faced after they were caught stealing items from their hotel in Bali.

Angry staff confronted the group of nine holidaymakers as they tried to leave a villa in Sukawati, on Sunday.

After realising several items were missing the manager called the police who watched on as one employee started searching the tourists’ bags.

Footage of the embarrassing encounter shows the staff member pulling out towels, toiletries and accessories from the luxury villa.

In the video, one of the tourists is angry that their ride to the airport has been delayed while another can be heard shouting, ‘I can pay’. 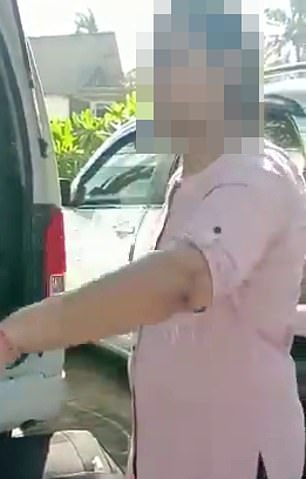 Staff continue to inspect all the guests luggage and find a stolen towel, baskets and toiletries hidden in a backpack.

‘You explain now,’ the angry hotel employee can be heard demanding in the footage. 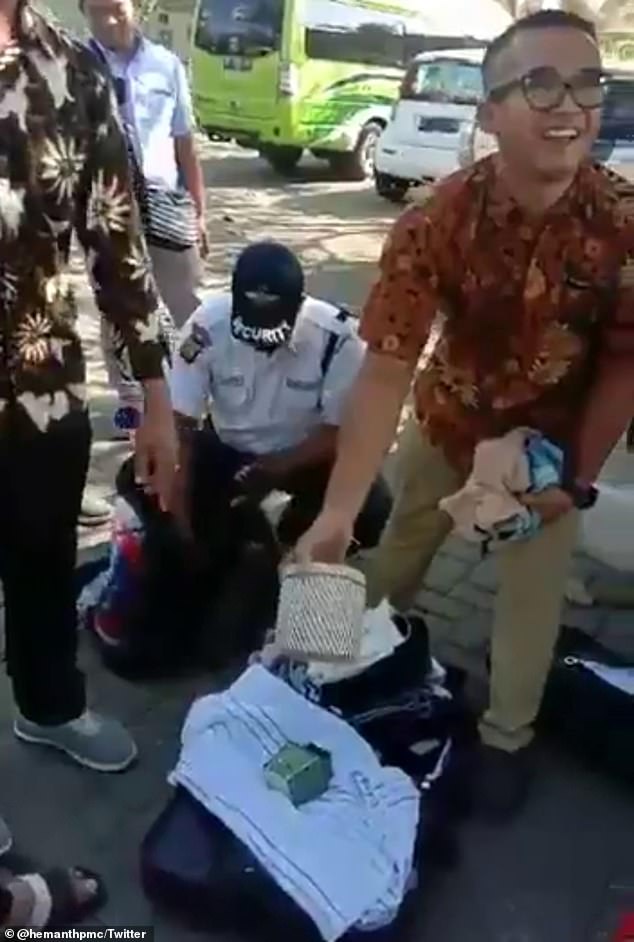 A man is heard repeatedly apologising but the staff are clearly furious.

‘Stop. This is not about the money. I know you have a lot of money. This is no respect. You come to Bali, you just steal – no respect,’ an employee replied as the man continues to apologise.

Sukawati Police later shared photos of the stolen items, which included a hairdryer, soap dispensers and coat hangers, on its Facebook page.

‘The guest acknowledged his mistake and apologised, returned the items taken and compensated for items that have not been found,’ a police statement said. 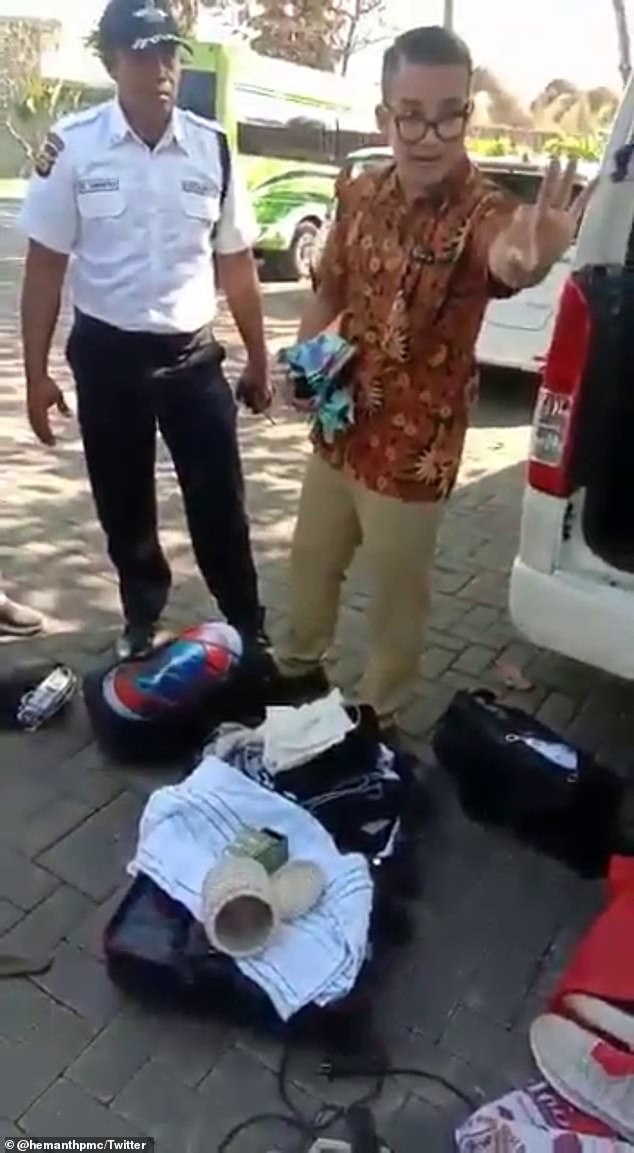 No charges were laid.

‘This family was caught stealing hotel accessories. Such an embarrassment for India. Each of us carrying an Indian passport must remember that we are ambassadors of the nation and behave accordingly. India must start cancelling passports of people who erode our credibility,’ the man who originally shared the footage said. 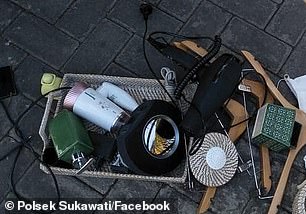 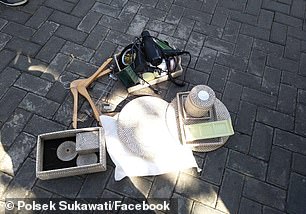