Democrat’s claws out for Biden: Congressman bashes President for buying 200 Maine lobsters for his ‘fancy dinner’ with Macron while he is putting lobsterman ‘out of business’ and demands he meet with them

President Joe Biden was called out by one of his fellow Democrats on Wednesday night for ordering Maine lobster for tonight’s state dinner with the French president – while rolling out regulations making it harder for everyday Americans to get their hands on the luxury food.

Democrat Rep. Jared Golden of Maine’s 2nd Congressional District was responding to a report that 200 live lobsters were sent to the White House for the Thursday night event.

He demanded that Biden meet with lobster fishermen to discuss the new fishing rules – which the moderate congressman warned could put them ‘out of business.’

In an added shot, he also dismissed the event honoring the United States’ oldest ally as just a ‘fancy dinner.’

Biden is hosting his first state dinner as president, welcoming France’s leader Emmanuel Macron and his wife Brigitte to the White House on Thursday night.

The red-white-and-blue theme looks to be showcasing the best in American fare, with wine sourced from California’s Napa Valley and cheeses from Wisconsin and Oregon.

Among the glamorous dinner’s marquee items is butter-poached Maine lobster – a delicacy both in the US and France, but one that is set to become much more difficult for regular Americans to acquire.

‘If the Biden White House can prioritize purchasing 200 Maine lobsters for a fancy dinner,’ Golden said on Wednesday night, he ‘should also take the time to meet with the Maine lobstermen his administration is currently regulating out of business.’ 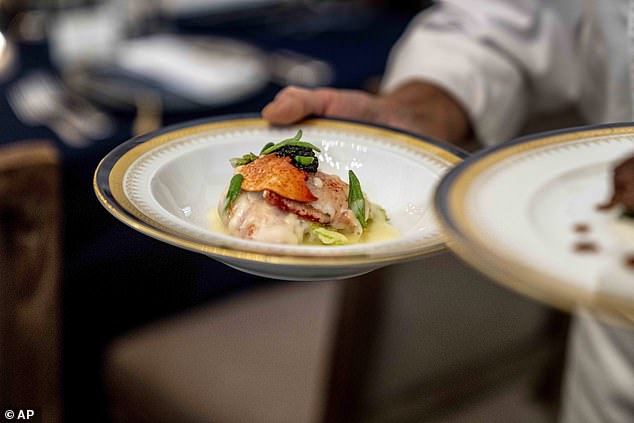 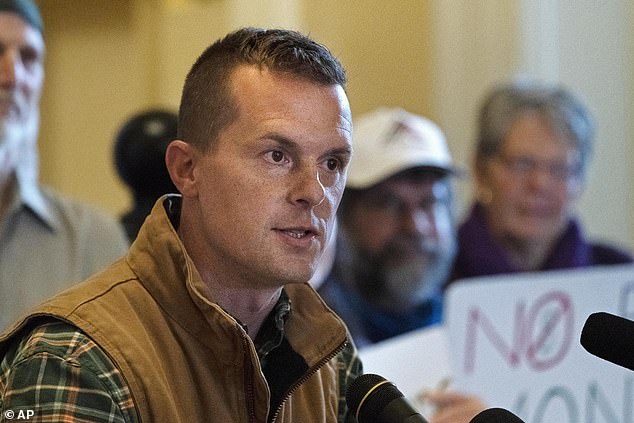 Moderate Democratic Rep. Jared Golden called Biden out for serving lobsters at the dinner while simultaneously letting his administration crack down on the luxury food

The new regulations are aimed at protecting the endangered North Atlantic right whales, which sustainability activists say are threatened by lobster fishing lines.

The rules include having less fishing lines in the water overall, and weaker ropes to reduce the chances of right whales being entrapped.

It spurred an outcry from Maine’s lobster industry – the largest in the country.

In response to a lawsuit by lobstermen challenging the rules, a federal judge delayed their implementation by two years to give the industry more time to prepare.

The eating and fishing of lobster has also been declared unsustainable by watchdog groups like the Marine Stewardship Council and the Monterey Bay Aquarium Seafood Watch.

Golden, who has loudly championed Maine’s lobster industry for years, wrote to Biden in October urging him to speak out against the the National Oceanic and Atmospheric Administration’s (NOAA) regulatory crackdown. 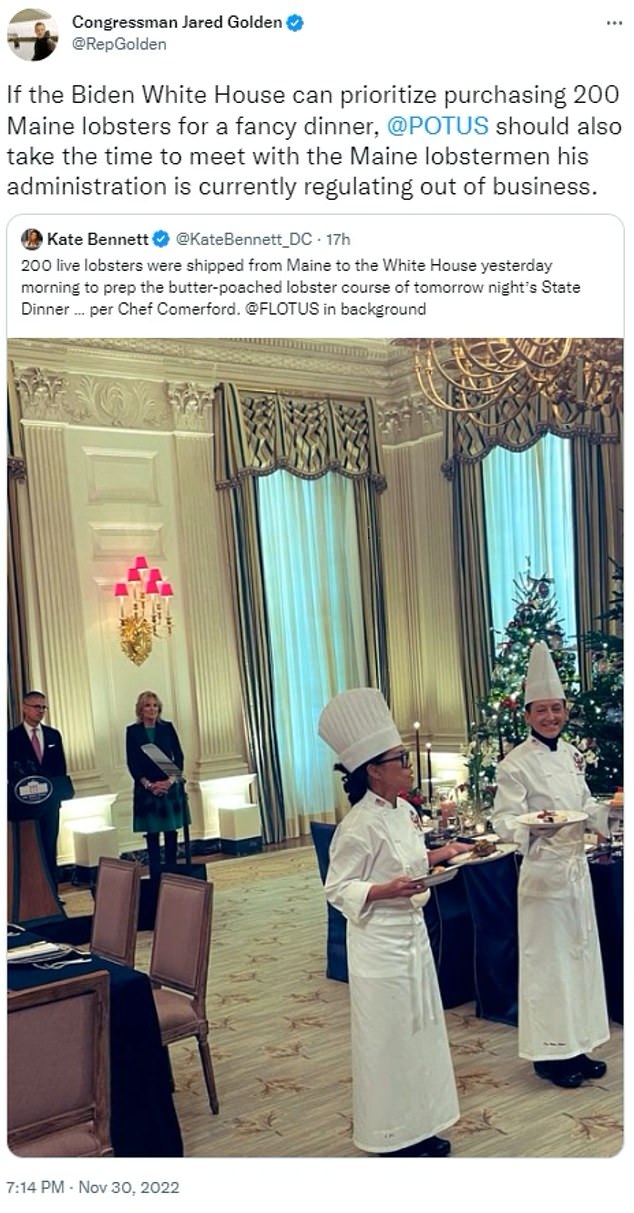 He accused Biden of turning his back on the industry despite criticizing his predecessor, Donald Trump, for also mishandling it.

‘Maine’s congressional delegation has repeatedly raised our concerns about these regulations and have requested to meet with you directly to discuss the plight of our lobster industry. It is unfortunate that to date, you have refused to accept our invitation,’ Golden wrote.

‘I cannot comprehend how you can stand idly by and not oppose in the strongest terms a proposal that has the potential to destroy thousands of livelihoods, hundreds of coastal communities, and the economic backbone of our state and the New England region.’

He said Biden’s silence while his administration implements further sustainability rules is a ‘slap in the face.’

‘You cannot espouse being a president for working people while simultaneously overseeing the destruction of an entire blue-collar fishery and its community’s heritage and way of life,’ Golden said.