House price growth in northern cities and towns is continuing to outpace southern locations, including London, according to the latest Land Registry data.

Also in the North West, the towns of Oldham, Burnley and Blackburn have seen similar growth with prices up between 14.2 and 15.7 per cent.

Of the 19 towns and cities which have experienced double digit growth since March 2020, 18 are situated in either the Midlands or the North

Other major cities that have experienced a house price surge include Manchester and Glasgow which have seen prices rise by 13 per cent and 13.2 per cent respectively.

All of these towns and cities are situated in either the Midlands or the North, bar King’s Lynn in Norfolk.

A lack of available properties on the market, coupled with the stamp duty holiday introduced by the Government in July 2020, are thought to have contributed to the recent surge in prices. 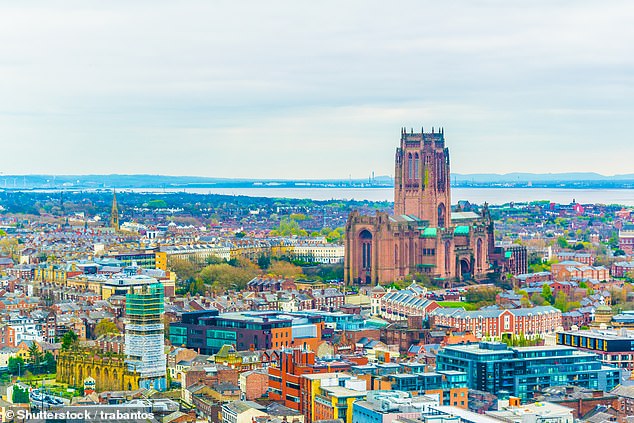 Property prices in Liverpool have surged by more than any other town or city in the UK since March 2020, according to the latest Land Registry data

‘Considering the economic and social challenges we’ve faced since the country went into national lockdown for the first time last March, the UK property market has proved itself to be extremely resilient in the face of adversity,’ said David Westgate, chief executive at Andrews Property Group.

‘The stamp duty holiday has smoothed the bumps and helped fuel house price growth, turbo-charging the property market in the second half of 2020.

‘We saw a buyer frenzy, with people looking to take advantage of stamp duty savings of up to £15,000.

‘That, coupled with continued low stock in many areas, has supported prices.’

The average property price in London has only increased by 3.7 per cent over the same period.

Whilst in Cambridge, average house prices have actually dropped by 1.7 per cent since March last year.

‘Based on our own national network, some of the biggest price increases are in areas furthest from London,’ said Lisa Simon, head of the residential division at estate agent Carter Jonas.

‘In many cases we can only list properties on search portals for just a few days before having to remove them, such is the level demand and volume of enquiries quickly converting into offers.’ 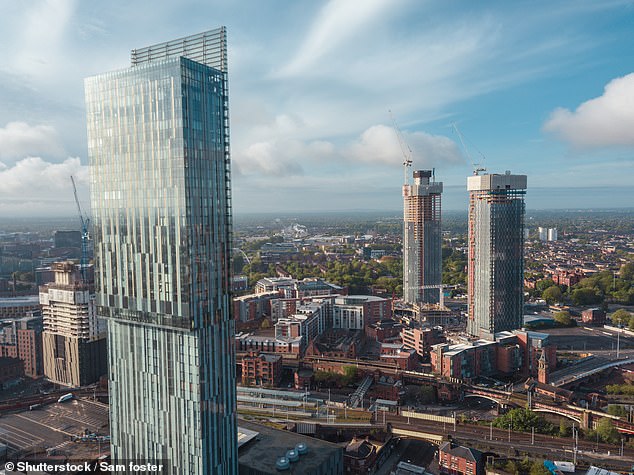 Although Manchester property prices have risen, estate agents say that its city centre apartments have played little part in that growth

Much of the rapid growth in regional cities can be attributed to high demand for terraced or semi-detached houses just outside the city instead of flats and apartments in city centres, with buyers seeking extra space and gardens.

‘With stock levels so low in Manchester, detached house prices have seen an annual growth of 15 per cent, whereas flats are only seeing a 1 per cent increase in price,’ said Glynis Frew, managing director at Hunters estate agents.

‘In Leeds, it’s a similar story with houses all seeing increases, whilst flats have decreased over the 12-month period.’

The number of people purchasing or selling their homes in Liverpool is now at almost double pre-pandemic levels according to research by online estate agent, Strike.

Meanwhile, viewing requests for properties in the region rose by 59 per cent at the start of 2021 compared with 2020.

With the extension of the stamp duty holiday, property viewing requests in Liverpool have soared even further – up by 21 per cent in March this year compared to February, according to Strike. 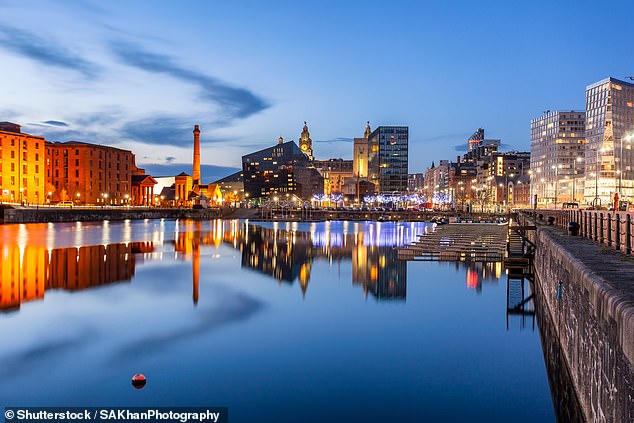 With average property prices in Liverpool at £181,939 according to Rightmove, the return of normal stamp duty taxes is expected to have little impact on demand in the city

‘What a year it’s been for the UK property market, with Liverpool being a prime example of an area that has seen demand for homes boom due to changing circumstances and government incentives encouraging the nation to move,’ said Sam Mitchell, chief executive of Strike.

‘Despite being in a third national lockdown, the stamp duty holiday extension – combined with restrictions lifting, vaccine rollouts and the new 95 per cent mortgage guarantee scheme – has meant that property demand is now stronger than ever, and easily surpassing pre-pandemic levels.

‘While the stamp duty holiday is ending in June, those with homes below £250,000 will be able to continue to benefit until the end of September, while homes priced below £125,000 don’t face stamp duty costs anyway.

‘Based on the lower house prices in Liverpool, that means the majority should see strong demand continue even beyond the end of the stamp duty holiday.’

Although prices in London are up 3.7 per cent overall, the local housing market is one of extremes.

For example, prices were up 14.4 per cent in Haringey, 11.4 per cent in Brent and 10.5 per cent in Richmond upon Thames in the year to March, according to the Land Registry figures.

But in other areas of the capital prices have been falling.

In Westminster and Tower Hamlets, property prices were down 5 per cent and 4.7 per cent respectively. 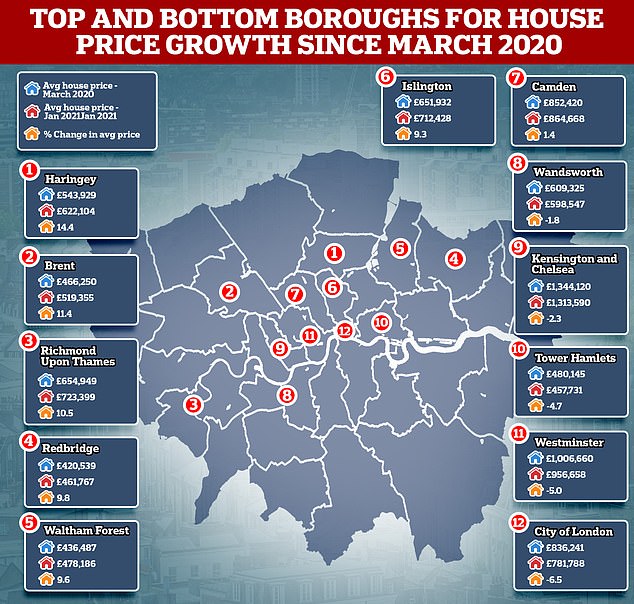 Property prices in London vary considerably from borough to borough

Estate agents believe that the variation had been caused in part by people re-evaluating where they lived during the pandemic, often seeking out more spacious homes as a result.

‘It is likely that the drop in values relates to flats rather than houses,’ said Simon.

‘We have definitely noticed this where there has been lots of new build developments in city centre locations, like Cambridge and London, with a large number of apartments built with no, or limited, outside space.

‘Currently, this style of property is not selling as well compared to houses for example, with many buyers making space and outdoor areas a priority.’

What is the advice for those considering selling?

The advice for sellers with city centre apartments is to sit tight and wait for lockdown restrictions to end.

‘I would advise would-be sellers of apartments in city centres to keep an eye on the market, as the coronavirus and the restrictions imposed because of it continue to impact heavily on people’s decision making,’ said Simon. 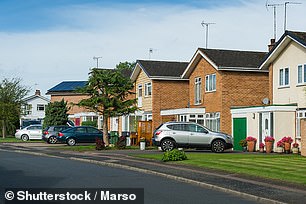 With buyers focused on houses with outdoor space, sellers of such properties may be able to secure record prices at the moment

‘When people start returning to their offices in city centres and commuting, and with restaurants and theatres opening up, then potential buyers will start to look again at well-placed city centre apartments and the fantastic work-life balance they offer.’

But for those thinking about selling property with outside space in areas where prices have been surging, the advice is to act now.

‘For sellers in areas where prices are increasing, my advice is to sell now,’ said Simon.

‘The property market is moving as the stamp duty holiday continues to influence the market and now is a great time to benefit from record prices while people are reassessing the value of home.’