House prices have risen across the country for the first time in 18 months amid a surge in confidence among buyers and sellers following the Tory election triumph.

There has been ‘a noticeable pick-up’ in the housing market since Boris Johnson defeated Labour’s Jeremy Corbyn in December, the Royal Institution of Chartered Surveyors said.

Inquiries from buyers, agreed sales and new instructions from sellers all picked up over January. Industry insiders said they were seeing house prices climb across the UK for the first time since July 2018.

A file photo shows a row of typical English houses. House prices have risen across the country for the first time in 18 months amid a surge in confidence among buyers and sellers following the Tory election triumph

Lucy Pendleton, of London estate agent James Pendleton, said: ‘The RICS data backs up everything we’re seeing on the doorstep. The phone hasn’t stopped ringing and it’s not done that since well before the 2016 EU referendum.

‘Buyers and sellers are mobilising across the country and we’ve been bowled over by the wave of new instructions that began to swell in mid-December and shows no sign of slowing. Sellers are coming to market in much greater numbers because they are reassured that a stronger stream of buyers will ensure they get the right price.

‘Buyers are ploughing into negotiations with a degree of confidence that’s been sorely lacking over the past few years. If this continues it will be the residential market’s busiest first quarter this century.’

The RICS data for England and Wales will put a smile on the face of home owners looking to sell. Estate agents said they expect house prices to rise over the next three months and the year ahead.

Across Britain 19 per cent more surveyors were seeing a rise rather than a fall in the number of homes being listed for sale in January – up 8 per cent on December. 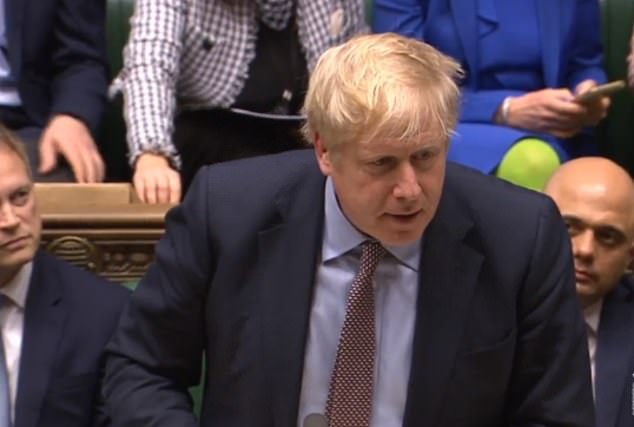 The number of people looking to buy also climbed and agreed sales edged up for the second month in a row.

Simon Rubinsohn, chief economist at RICS, said: ‘The latest survey results point to a continued improvement in market sentiment at the start of 2020, building on a noticeable pick-up in the immediate aftermath of the general election.

‘The rise in new sales instructions coming onto the market is a noteworthy and much-needed development, given the lack of fresh listings over the past few years had pushed stock levels to record lows.’

Separate data from the Office for National Statistics showed that the number of new houses which builders started to construct last year hit its highest level since before the financial crisis in 2007-2008. A total of 202,440 new homes were started – up from 196,890 in the previous 12 months.