The average price of a home in Britain has risen almost £50,000 in the past five years, new research has revealed.

Zoopla said that average values have climbed £49,257 in the five years to July this year – the most recent valuation data on its website.

The average price of a home has risen £49,257 in the five years to July this year, according to Zoopla

More than a third (£550billion) of the £1.6trillion increase has been recorded in the past year alone. And there are high concentrations of property wealth in some areas.

The value of homes in the City of Westminster and Kensington and Chelsea (£306billion) – covering an area of just 13 square miles – is roughly the same as for the whole of Wales (£308billion), according to the calculations.

The total housing value in London reached £2.4trillion this year, according to the property website.

Which areas are outperforming?

The map below shows the local authorities where a smaller or larger proportion of homes have increased by more than this value.

The concentration of areas where a larger proportion of homes have risen by more than the average value are clustered in the South and Midlands, and there is a noticeable number of coastal locations. 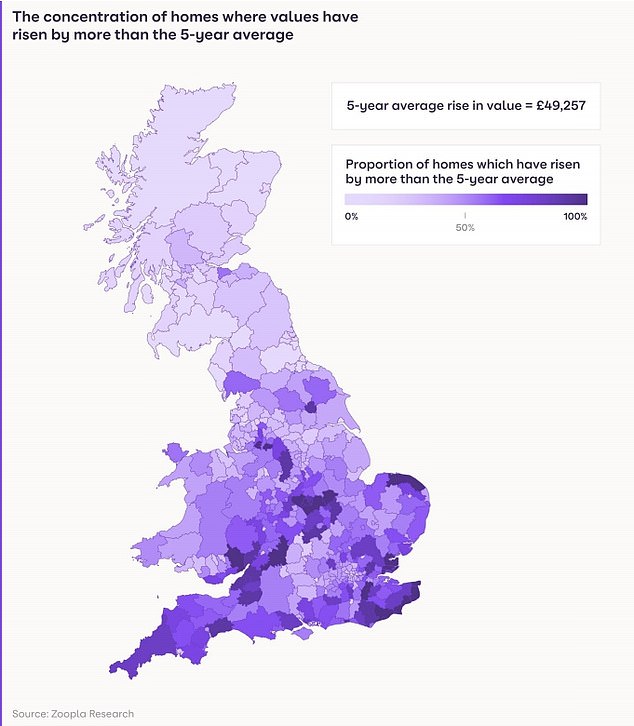 Grainne Gilmore, head of research at Zoopla, said: ‘The value of Britain’s residential property has continued to climb over the last five years, speeding up over the last 12 months as house price growth has escalated.’

The rate on an average two-year fixed rate mortgage was 2.39 per cent in October last year. It compares to a lower rate of 2.24 per cent today, according to financial group Moneyfacts.

The coronavirus pandemic has also prompted many people to move home as part of making lifestyle changes, and a recent stamp duty also encouraged a flurry of property purchases.

Zoopla used valuation data from its website, comparing July this year with July 2020 and 2016. 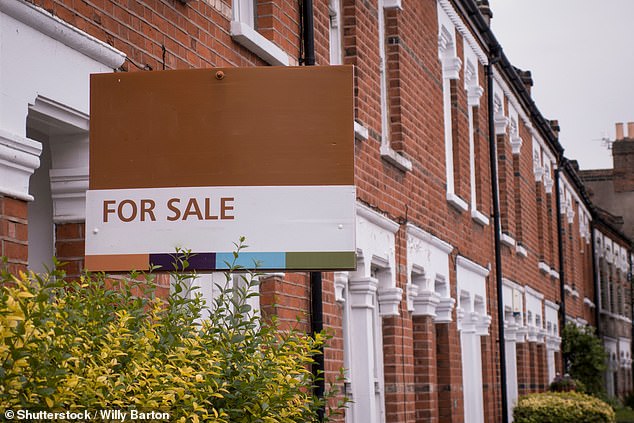 Jeremy Leaf, north London estate agent and a former RICS residential chairman, said: ‘It is quite incredible when you see the huge changes in property values in black and white and particularly how the previous drift towards city living has had such a disproportionate impact on house prices.

‘Sadly the figures underline how unaffordable buying a home has become for some, particularly highlighting the problems faced by first-time buyers taking that first step on the ladder.

‘Even with mortgage rates so low, the lack of homes for sale continues to push up prices.

‘However, the race for space since the start of the pandemic has helped to level up the price differential between urban, country and even coastal living, so it will be interesting to see how that change is reflected in future surveys.’