Household debt at ‘crisis levels’ as it jumps above £15,000 – a third higher than before the financial crisis

Britons have gone further into the red as the average UK household has seen debts soar to a new all-time high of above £15,000, a new report has found.

Excluding mortgages, personal debts hit a record total of £428billion in the third quarter of 2018 – which is 33 per cent higher than in 2008 just before the financial crisis, when it stood at £286billion.

Rising debt: Unsecured debt as a share of household income is at an all time-high of 30.4%

The TUC says government austerity and years of wage stagnation are key reasons behind the increase in unsecured debt, tempting people to rely increasingly on plastic and loans to get by.

Unsecured debt as a share of household income is now 30.4 per cent – the highest it’s ever been, and above the level it reached in 2008 ahead of the financial crisis, when it stood at 27.5 per cent.

The TUC’s headline debt figure is nearly double that of the Bank of England, which put it at an all-time high of £215.4billion in November, thanks to a rise in credit card debt.

The Bank’s report shows personal debt keeps rising – but it is doing so more slowly than in recent years. 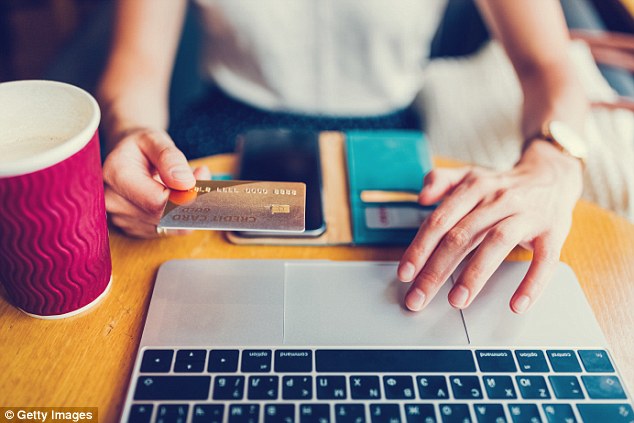 A separate report by the Bank of England shows that while debts are rising, they are being accumulated more slowly than in recent years.

The Bank has previously flagged concerns over the rise in consumer debt and has demanded tougher affordability checks for borrowers.

‘The government is skating on thin ice by relying on household debt to drive growth. A strong economy needs people spending wages, not credit cards and loans.

‘Our economy is not working for workers. They need stronger rights and bargaining powers. Trade unions should be allowed the freedom to enter every workplace to negotiate higher wages.’