Sydney’s record coronavirus outbreak is being driven by workers in the city’s hard-hit southwest bringing it home to their families.

More than 70 per cent of transmissions were among households, sparking desperate measures including ‘health hotels’ to isolate infected family members.

Four are already running at Meriton buildings in the CBD with the NSW Government to open a fifth to deal with increasing case numbers – a record 633 on Wednesday.

In the previous two weeks, 70 per cent of Covid cases linked to known cases or clusters were transmitted by household contacts, which the health department said reflected the general trend of the outbreak.

About 100 cases in the past 14 days were transmitted by infected people visiting another household, most of which would be illegally.

The department said special health accommodation was being offered to those who could not effectively isolate at home or who were from large families.

The likelihood of household transmission is reduced by about 50 per cent three to four weeks after vaccination.

The local councils with the most cases are Canterbury-Bankstown, Cumberland, and Blacktown – which together have more than 1,300 cases in the past week.

Of the active cases in NSW, 85 per cent are from southwest or western Sydney. 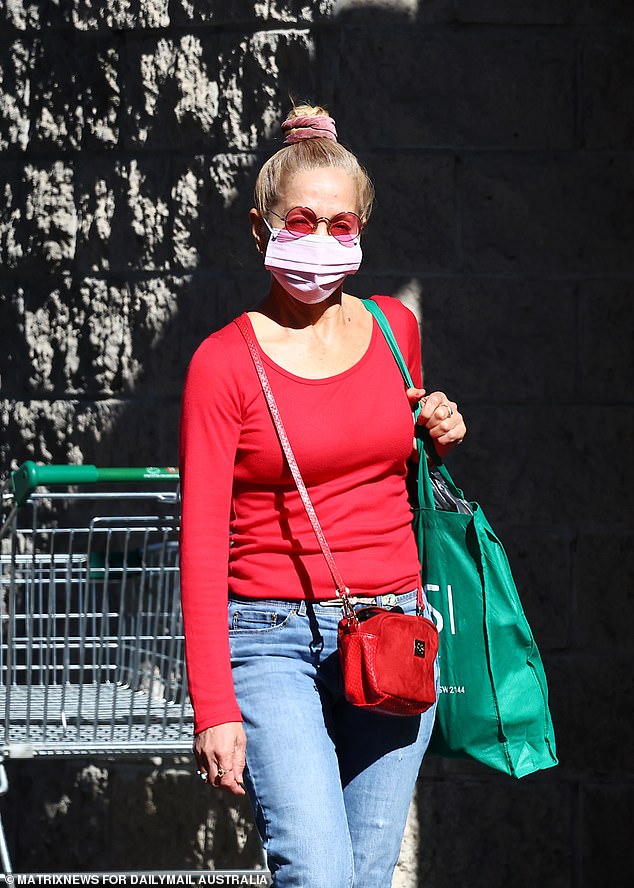 Sydney is under an extended lockdown with residents across the city required to stay within 5km of their homes to exercise and shop for essentials (pictured: a Sydneysider on Tuesday) 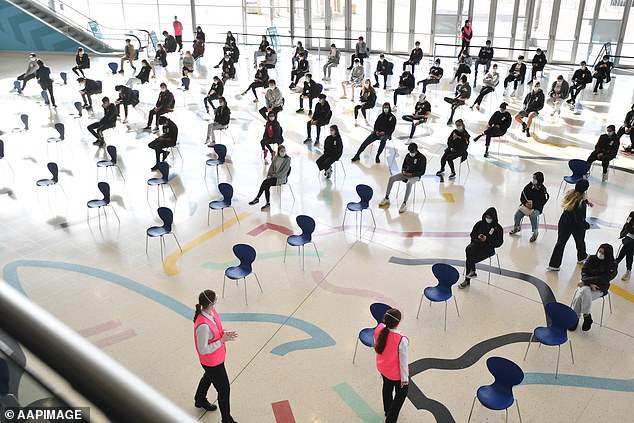 There is also a trend of the delta strain being more easily transmitted to younger people – three-quarters of new cases are less than 40 years old.

A million extra Pfizer vaccine doses were secured by the federal government this week with more than half to be focused on younger people in the 12 LGAs of concern in Sydney.

‘A key factor in being able to secure these doses from our Polish friends has been we have had a significant outbreak in our largest city,’ Prime Minister Scott Morrison told reporters in Canberra on Sunday.

These doses are approved by the Therapeutic Goods Administration.

Mr Morrison said 530,000 of these doses will be prioritised for express delivery to the 12 NSW local government areas where the Covid-19 outbreak continues to grow.

‘This allocation of the doses is based directly on the advice I have received from the chief medical officer Professor (Paul) Kelly,’ he said. 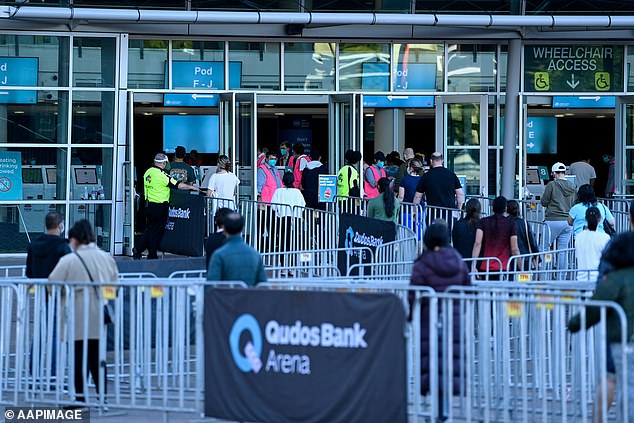 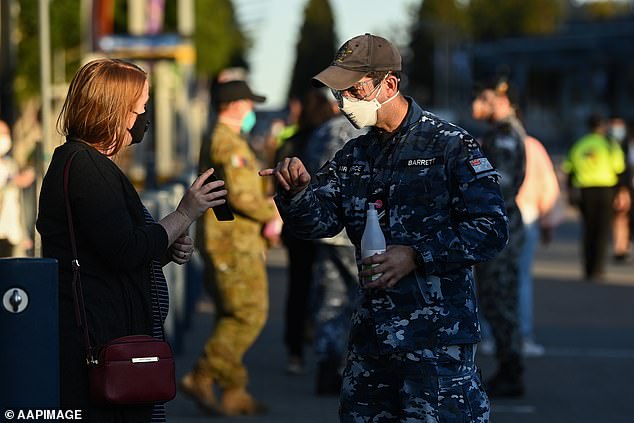 Ten government vaccination clinics ramped up their capacity to deliver the additional 530,000 doses provided by the federal government to this priority group over the next two-and-a-half weeks.

‘We know there are several hundred thousand people in these LGAs who are unvaccinated in this age group, and this is a great opportunity for them to come forward and get their jab,’ NSW Health Deputy Secretary Susan Pearce said in a statement on Wednesday.

Appointments for both jabs can be booked at nsw.gov.au from Wednesday.

A new mass vaccination hub at Qudos Bank Arena will be used to help administer the doses – with 350 stood-down Qantas workers called on to help staff the facility.

Qantas will require its frontline employees to be fully vaccinated against Covid-19 within three months.

Pilots, cabin crew and airport workers from Qantas and Jetstar will have until November 15 to be fully jabbed.