Outrage has been sparked across Sydney after many residents noticed their water smells like ‘fresh lawn clippings and dirt’.

Residents across the city took to social media from Wednesday to report their concerns that their water had been impacted.

One individual wrote: ‘Loving the new dirty, earthy mouldy water Sydney Water is giving to Parramatta the last few days. I love nothing more than showering in water that stinks like mould.’

There has been a sudden change to the taste and smell of water across households in Sydney, with many residents claiming it tastes like ‘dirt’ (stock image)

‘As of yesterday, my neighbour and I noticed that our @SydneyWaterNews tap water suddenly tastes bad. It tastes a little like dirt. Is anyone else in #Marrickville having this problem?’ wrote another.

While a third asked: ‘Is anyone else’s #sydneywater tasting a bit…earthier than usual this past day?’

Sydney Water confirmed to worried residents on social media that they had received ‘numerous reports’ of the unexpected change in the taste of their water supply.

‘This has been caused by a change of weather near Warragamba Dam that has impacted our supply from that area,’ they wrote. 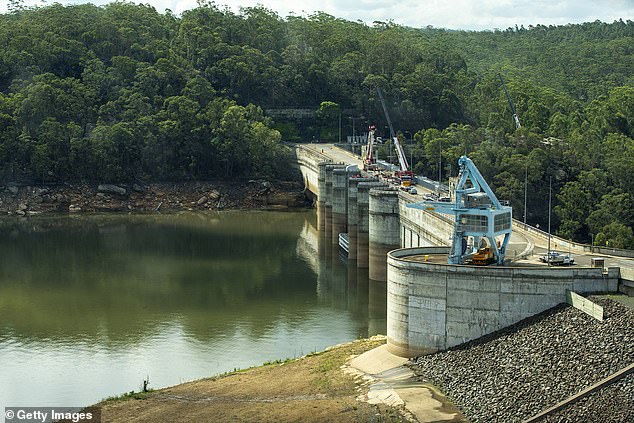 Sydney Water confirmed they had received ‘numerous reports’ of the unexpected change, which has been caused by a change of weather near Warragamba Dam (pictured)

‘Please be assured that all our water is treated to a very high standard before it enters the drinking water supply and our water quality technicians have found no health impacts to the water supply due to this event.’

Sydney Water added that the only difference residents would notice is the change to the water’s taste.

The organisation is currently notifying water quality technicians of all properties affected by the issue to help manage the situation.

However, the issue may continue for several weeks, depending on the blending of the water sources that supply the water filtration plant. 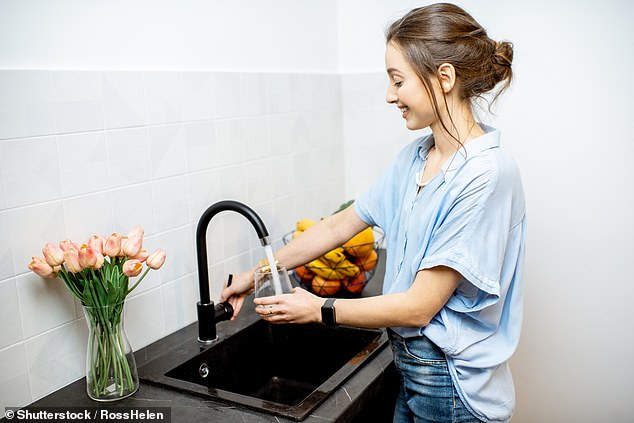 The organisation is currently notifying water quality technicians of all properties affected, but the issue may continue for several weeks (stock image)