As Britons head to the polls and political and economic uncertainty reigns, potential home buyers and sellers continue to remain cautious, a survey shows.

Demand for homes from new prospective buyers fell for the third month in a row in November, and the number of properties coming to the market remained close to record lows.

Brexit-related uncertainty remains the main culprit, mentioned in a ‘disproportionate number of remarks’ by estate agents, the Royal Institution of Chartered Surveyors said.

A higher proportion of estate agents saw average house prices fall in November compared to the previous month, although that is mostly because of the continued decline across London, the South East and East Anglia.

In contrast, prices are rising solidly in other regions, especially in the North, Wales and Northern Ireland, as other surveys have also consistently showed over the past year.

Simon Rubinsohn, Rics economist, said: ‘Confidence is critical to a well-functioning housing market and whatever happens in the general election today, it is important that the new government provides reassurance both over the stewardship of the economy and the ongoing challenges around Brexit which continues to be highlighted in a disproportionate number of remarks made by respondents to the Rics survey.’ 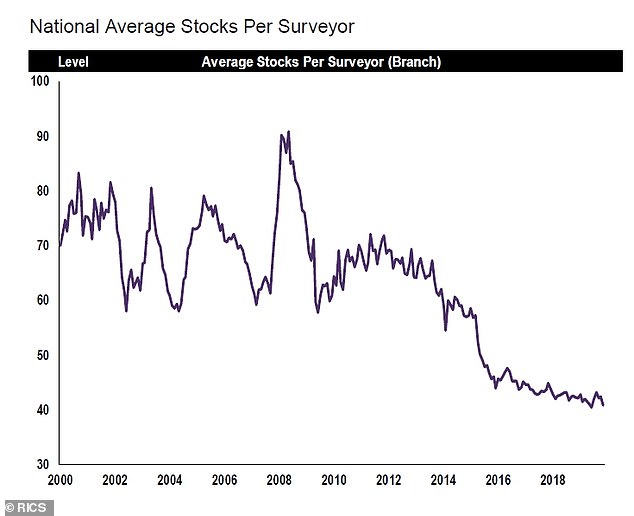 House sales fell again in November, although at a slower pace than the previous months.

Estate agents expect sales to pick up a little across all of Britain once the general election is out of the way.

Simon added: ‘Significantly despite the inevitable near term concerns, the feedback regarding the medium-term view of the market remains surprisingly sanguine with the twelve month sales expectations indicator at its best level since the early part of 2017.’ 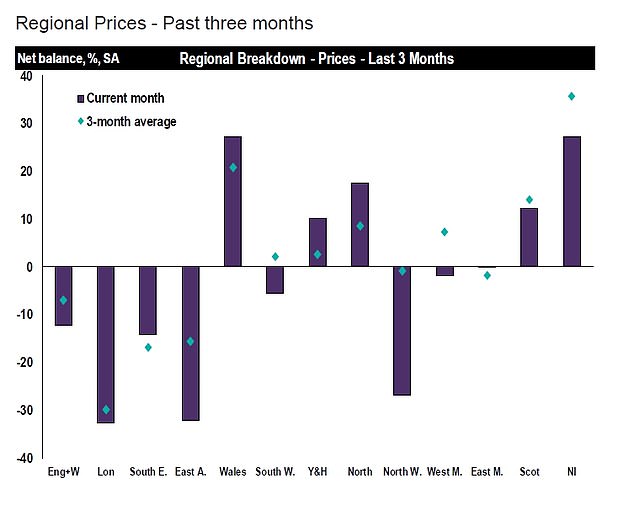 A higher proportion of estate agents saw average house prices fall in November, but that is mostly because of the continued decline across London, the South East and East Anglia

Estate agents also expected prices to pick up over the coming year, with 33 per cent more anticipating house prices will rise, rather than fall, across all of the UK, with Wales and Northern Ireland leading the way.

In the lettings market, rents were seen rising further as there was once again a decline in new homes to rent despite steady demand from tentants – an ongoing theme over much of the last three years, Rics said. 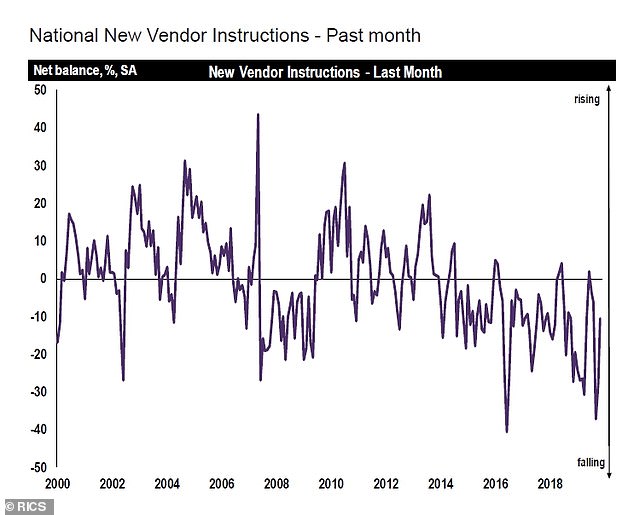 New instructions to sell continued to dip at the national level

It comes as separate research published this week shows the number of tenants experiencing rent hikes has nearly doubled over the course of the year.

A combination of buy-to-let investors passing on costs and those selling up leaving less properties to rent has led to 46 per cent of tenants experiencing a rent hike this year, according to research from trade body Arla Propertymark. 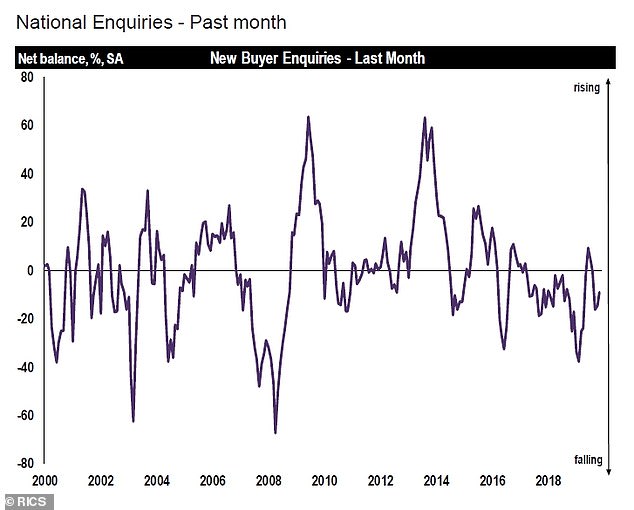