Click was relieved of his duties six days removed from the Astros’ triumph over the Philadelphia Phillies.

According to a report by Bob Nightengale, Click had asked for a long-term deal which was not forthcoming and aired ‘his grievances’ at the MLB GM meetings in Las Vegas earlier this week.

This ultimately resulted in his removal from his lofty position at the World Series winning franchise.

Multiple reports have also confirmed Click and the Astros have parted ways after he rejected their one-year contract offer.

Houston released a statement Friday morning local time, announcing that Click would not be returning.

‘We are grateful for all of James’ contributions,’ team owner Jim Crane said via the release. 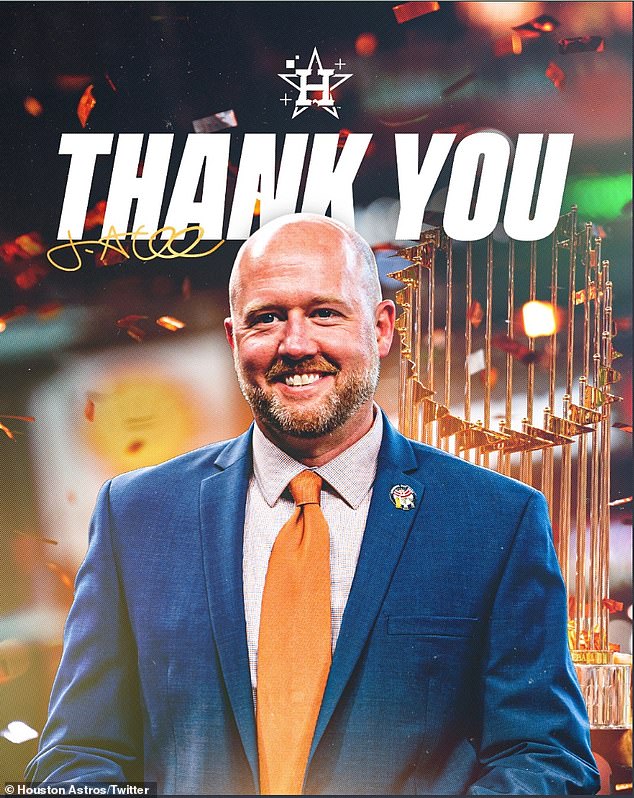 ‘We have had great success in each of his three seasons, and James has been an important part of that success.

‘I want to personally thank him and wish him and his family well moving forward.’

Both Click and manager Dusty Baker were without contracts as of October 31 but unlike the former, Baker accepted a one-year offer from Crane.

Click began as Houston’s GM in 2020 in the wake of the Astros’ sign-stealing saga. Prior to his time in Texas, he was the Tampa Bay Rays’ VP of Baseball Operations. 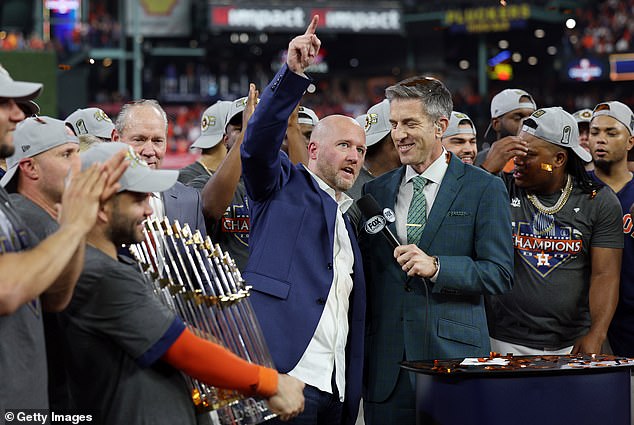