Houston man electrocuted on way to feed his sister’s cat

A Houston man is one of the latest casualties of Tropical Storm Harvey after he died while walking in floodwater on Tuesday.

Andrew Pasek, 25, was on his way to his sister’s house in Bear Creek Village to feed her cat, according to his family.

What Pasek and his friend didn’t know as they waded through the knee-deep floods is that they were right near a downed landscape light that electrified the water. 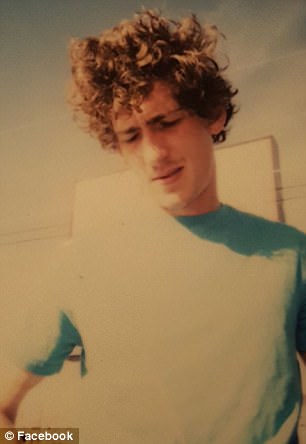 Andrew Pasek, 25 (left and right), was on his way to his sister’s house in Bear Creek Village to feed her cat on Tuesday when he was killed after being electrocuted in the floodwaters 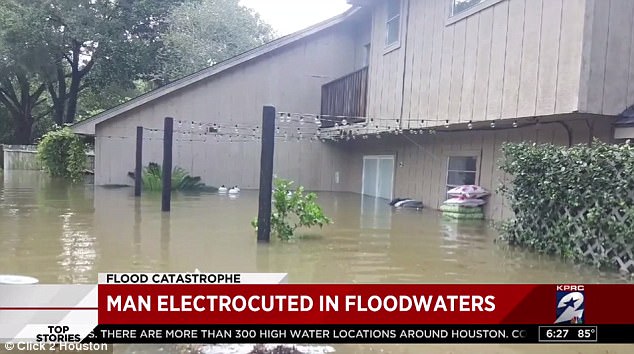 He and his friend were unaware that a downed landscape light had electrified the water by the home (pictured). Pasek warned his friend to stay away as he stumbled and put his hand on an electrical light pole

Sean Stuart says Pasek stumbled and put his hand on the electrical light pole and then, with the electrical current racing through him, couldn’t pull away.

‘And he told me just to get away from him. Just get as far away from him as I could. And so I had to let him go,’ Stuart told WFAA.

His mother said that rescue crews couldn’t revive him and couldn’t reach him for more than an hour until electricity was turned off in the subdivision.

Now, the Paseks say they to make sure people are aware of where they are stepping when wandering into floodwaters.

‘It was just a terrible mistake, accident that shouldn’t have happened,’ Pasek’s sister, Alyssa, told KPRC 2.

‘Be aware of your situations, look around see if there’s electricity on. It should have never been on, it should have been turned off.’ 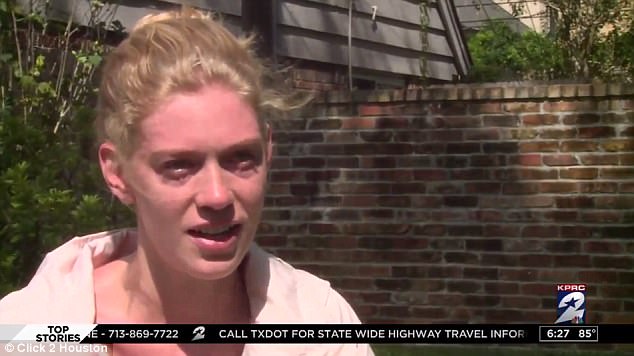 Pasek’s family, who describe him as an ‘animal lover’ say they are now sharing their story to warn others about the dangers lurking beneath the floodwaters (Pictured, Pasek’s sister, Alyssa) 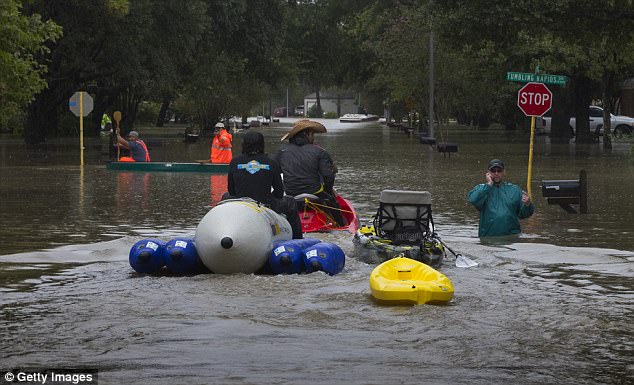 More than 32,000 people are in shelters across Texas as Harvey continues to drench the state’s Gulf Coast. So far, 38 deaths have been reported with the number expected to rise (Pictured, Rescuers go house-to-house in the Bear Creek neighborhood on Tuesday)

Jodell added:  ‘He cannot die in vain. I mean we really want to get this out to the public to be aware, to know about the dangers of the water and electricity.’

According KPRC 2 News, the grieving family has experienced this kind of agony before, with another son passing away in a car crash many years ago.

‘I’m pulling my strength from the fact I’ve been through it once and I can get through it,’ Jodell said.

More than 32,000 people are in shelters across Texas as Harvey continues to drench the state’s Gulf Coast.

So far, 38 deaths have been reported with the number expected to rise.