Houston police chief breaks down after death of officer

A devastated Houston Police Chief has broken down as he confirmed the death of one of his own veteran officers killed in raging floodwaters.

Police chief Art Acevedo held a news conference in Houston on Tuesday regarding the death of 60-year-old officer Steve Perez at the weekend.

Perez, a sergeant on the force for 30 years, became trapped in torrents of water on Sunday as he drove from his home to work during tropical storm Harvey to help with rescue efforts.

Chief Acevedo was explaining the circumstances surrounding his death to reporters when he teared up.

‘Steve Perez who had been on for 34 years… left his home at 4am,’ Acevedo said. ‘He could not find a path and you can imagine heavy rain and dark roadways, who knows what else he saw out there. 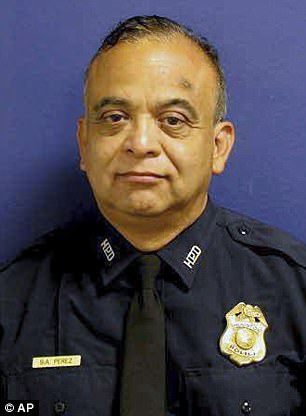 Officer Steve Perez, 60, drowned in raging floodwaters on his way to work in Houston on Sunday

‘On Monday, his chain of command was holding their regular role call when they noticed Sgt Perez was not present. We immediately began an extensive search of potential path of travel.’

‘Once our dive team got there, it was to treacherous to go under and look for him. We made a decision to leave officers there waiting until the morning. The dive team were out there again (on Tuesday) within 20 minutes they found him.’

Prior to leaving his home, Perez had told his wife and family he had no choice but to head out in the storm because ‘we’ve got work to do’.

Perez left home Sunday morning over the objections of his wife and father-in-law, and tried for hours to find a safe path to work as heavy rains made many roads impassable.

At one point he called his colleagues, suggesting he would try to work from another station. 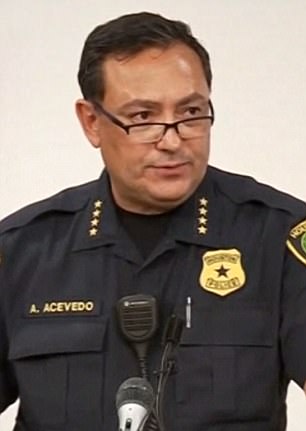 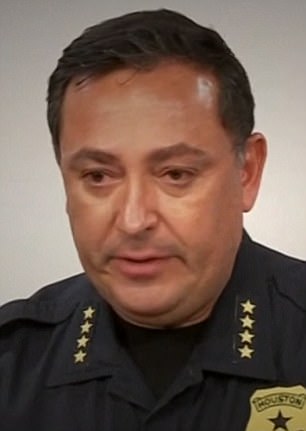 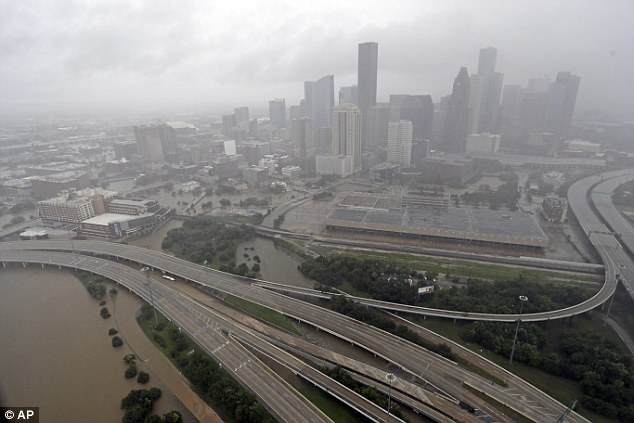 An investigation into his death determined he had driven off an overpass that was 16.5 feet high, and drowned in the waters below.

‘We have 6,500 employees and I’ve only been here nine months,’ Chief Acevedo said.

‘But I knew who Steve Perez was because Steve was a sweet, gentle public servant,’ he said, his voice breaking with emotion.

Perez is survived by his wife Cheryl, a son, a daughter and his father-in-law, a Korean War veteran.

Acevedo said the department and the city will give Perez full honors. He is the 85th police officer to die in the line of duty in the United States this year, according to the Officer Down memorial page which keeps track of all law enforcement casualties across the United States.