The Houston teenager who went viral after being accepted into all 20 colleges he applied to has chosen to attend Stanford University.

Michael Brown, 17, has a 4.68 GPA at Lamar High School and was accepted into Harvard, Yale, Princeton, Northwestern, University of Pennsylvania, Stanford, Georgetown and Vanderbilt, receiving full-ride scholarships from them and every other school he applied to.

‘The school that I chose would allow me to grow personally, academically and in whatever way. I’m really excited just to explore a new place… find people who are similar to me and have similar interests but also to meet people who are different from me,’ Brown said to KHOU.

Brown (right) has chosen to attend Stanford University. He tried to eliminate two or more schools each week to help him decide

‘The world is a really big place and there’s so much to uncover in it.’

Brown tried to eliminate two or more schools each week to help him decide.

His story went viral, and thousands of people around the world have reached out to him, including students who have asked Brown to mentor them.

‘I should probably come up with some template for advice,’ he said, ‘instead of giving advice millions of times over and over again.’

However, not all of the feedback has been positive.

Anchor Holly Morris and contributor Sarah Fraser from Fox 5 DC criticized Brown on April 3 for applying to so many universities, saying that he was depriving other hard-working students of spots at the schools. 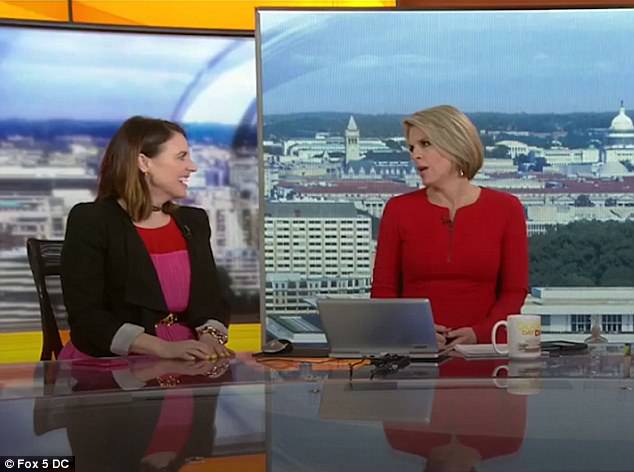 Anchor Holly Morris (right) and contributor Sarah Fraser (left) of Fox 5 DC have come under fire after they called Brown, who was accepted to 20 different colleges, ‘obnoxious’

The segment between the Fox anchors went viral after NowThis published a video criticizing it, which has been viewed more than 7.83 million times.

‘It’s a little ridiculous that this kid applied to 20 [colleges] taking away a spot and basically wait-listing another kid,’ Fraser said during the segment.

Morris replied: ‘It’s a little obnoxious because you can only go to one. You can only take one full ride, and you are taking a spot from someone else who worked really hard.’ 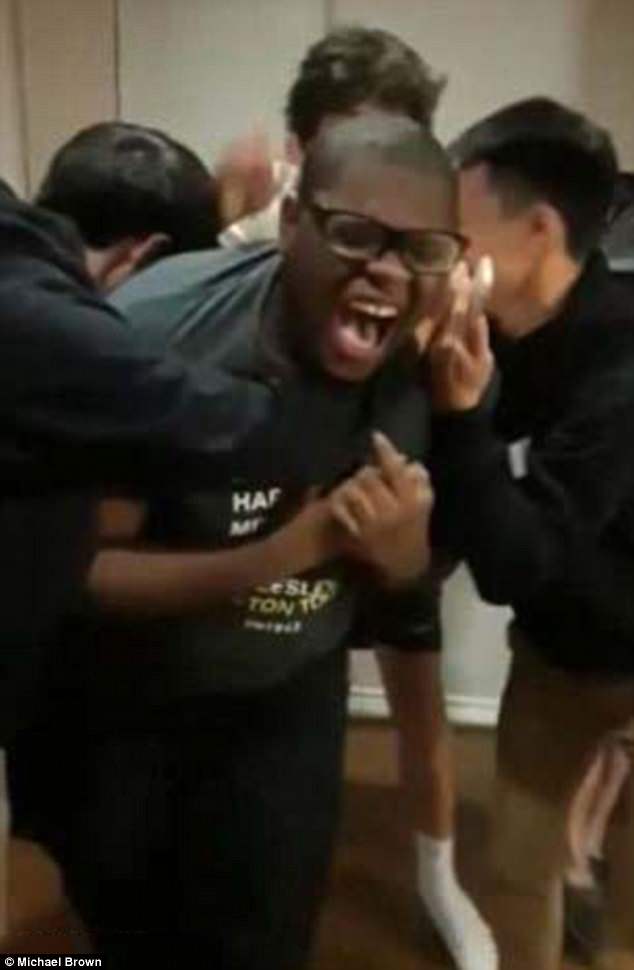 Seventeen-year-old Brown has a 4.68 GPA at Lamar High School was accepted into several top universities. Pictured celebrating his acceptance to Stanford

Fraser apologized for her comments in a tweet and said had ‘learned a lesson’.

‘I don’t feel that way. I have apologized to Michael and he accepted my apology. Michaels [sic] accomplishments aren’t up for debate. I have learned a valuable lesson,’ she wrote.

However, Morris remained more defensive and said that race had nothing to do with her opinion on the matter. 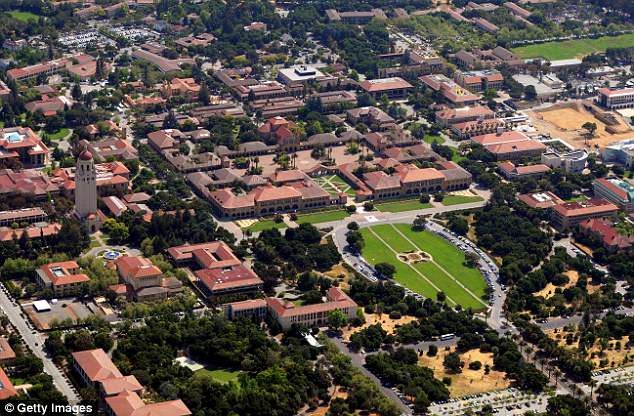 Brown chose to attend Stanford University (pictured) because it is the school that ‘would allow [him] to grow personally, academically and in whatever way’

‘I also said he is an amazing young man. This is not a racial issue. I would have the exact same opinion if the boy was white,’ she wrote.

But Brown dismissed the criticism, saying: ‘Going to be honest it didn’t really affect me too much,

‘It kind of taught me that even on the most positive things people are going to have negative opinions.’