Robert ‘Bob’ McNair, billionaire founder and owner of the Houston Texans, has died. He was 81.

One of the NFL’s most influential owners, McNair had battled both leukemia and squamous cell carcinoma in recent years before dying in Houston on Friday.

The team did not immediately release a cause of death, but said he died peacefully with his wife Janice and his family by his side.

‘He was a very caring, thoughtful and passionate individual,’ coach Bill O’Brien said in a statement. ‘As much as he cared about winning, I think the thing I will remember most about Mr. McNair is the way he cared about the players.’

When Houston lost the Oilers to Tennessee after the 1996 season, McNair made it his mission to return the NFL to the city.

Texans owner Robert ‘Bob’ McNair walks on the turf before an AFC Wild Card NFL game between the Texans and the Oakland Raiders, in Houston on January 7, 2017. McNair passed away on Friday at age 81 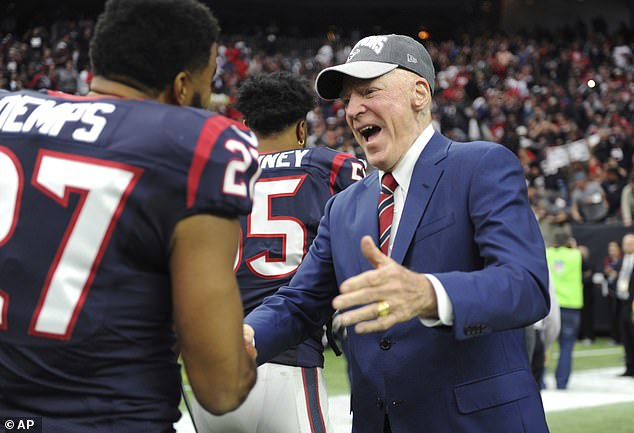 McNair, right, greets players after the team’s win over Jacksonville Jaguars in an NFL football game in Houston on January 3, 2016. McNair battled both leukemia and squamous cell carcinoma in recent years 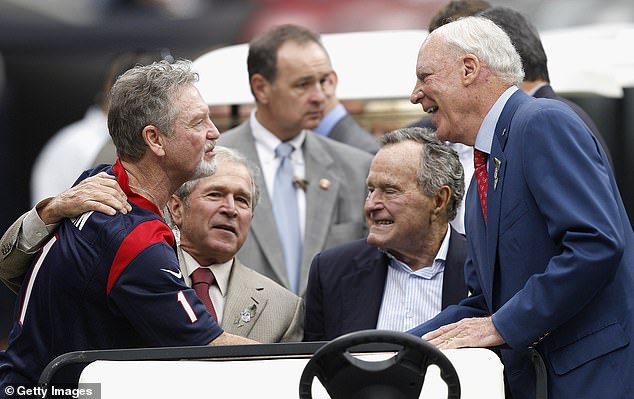 ‘He was the reason professional football returned to Houston and he (led) our franchise with a laser focus on honesty, integrity and high character,’ team president Jamey Rootes said in a statement.

‘He was an amazing champion for Houston and worked hard to make sure our city received maximum value from the presence of the Texans and the NFL.’

A powerful force in the NFL, McNair served as chairman of the league’s finance committee and as a member of the audit committee.

In August 2014 he spoke candidly about his battle with cancer, and outlined the many procedures and treatments he endured to recover.

‘In the past, if you mentioned cancer, people thought it’s a death sentence,’ McNair said at that time. ‘That’s just not nearly the case.’

It was then he revealed he’d dealt with skin cancer for about 20 years.

He also noted then that he’d remain in charge of the team, but would work on delegating responsibilities to other members of his staff. 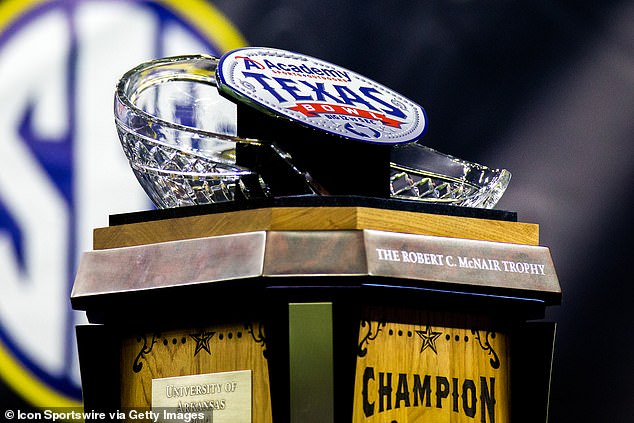 The Robert C. McNair trophy was presented to Texas Longhorns after defeating Missouri in the Texas Bowl at NRG Stadium, Wednesday, December 27, 2017, in Houston

‘We’re in terrific shape,’ McNair said. ‘I’ll continue being the CEO and continue doing everything I can to put together a winning football team; that’s what we’re all about. We’ve won this other battle, and now we’ve got to win the battle of football.

‘I go to all the games and I’ll plan on continuing doing that,’ McNair added. ‘I think I will enjoy it more and leave it to other people in the organization to worry more. I’ll skip the worrying and take the enjoyment.’

He continued to attend many games after that pronouncement and was often seen at practice under the shade of a golf cart or talking with various staff members around the facility.

After several difficult building years as an expansion team, the Texans won their first AFC South title and first playoff berth in 2011.

They also won the division title a year later when they went a franchise-best 12-4. Both years they lost in the divisional round of the playoffs.

McNair made the agonizing decision to fire longtime friend and coach Gary Kubiak late in the following season as the Texans limped to 2-14, tying a franchise record for losses. He hired O’Brien in 2014 and the team improved to 9-7 in his first year, but missed the postseason. 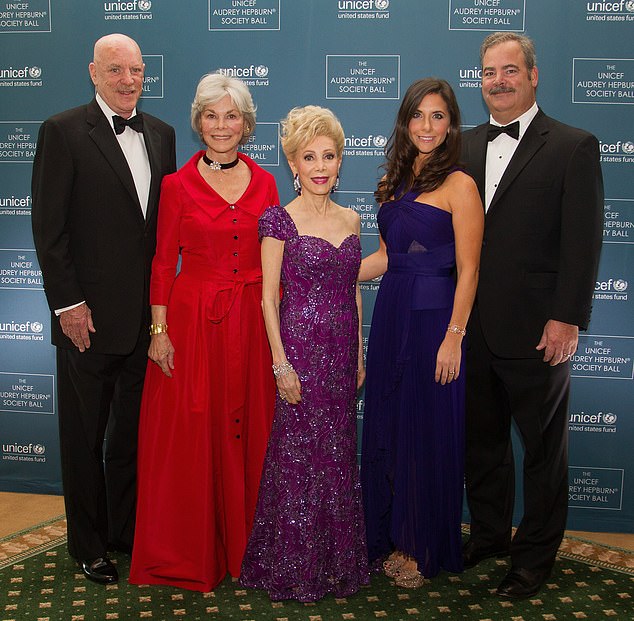 Houston put up an identical record in 2015, but this time in a weak AFC South it was enough to reach the postseason for the third time. That season ended with an embarrassing 30-0 wild-card loss to Kansas City.

In March 2016, McNair beamed as he sat next to quarterback Brock Osweiler on the day the team introduced him in Houston, and seemed unfazed by the staggering $72 million, four-year contract they gave Osweiler to lure him from Denver.

‘We just want to get better every day,’ McNair said. ‘Certainly this is a day when we got a lot better.’

Not exactly. Osweiler struggled and his name was added to a long list of quarterbacks who couldn’t help the owner get the title he so longed for.

Osweiler was benched late in the 2016 season before getting his job back (through injury to his replacement) in time for the playoffs.

But he threw three interceptions in a loss to New England in the divisional round, and Houston had seen enough and shipped him to Cleveland a few months later.

The Texans drafted Deshaun Watson in the first round in 2017 to replace Osweiler, but he sustained a season-ending knee injury in a year when star defensive end J.J.

Watt also missed most of the season with a broken leg. Houston went 4-12 in the last full season McNair would see.

McNair came under fire in 2017 when he said ‘we can’t have the inmates running the prison’ during a meeting of the NFL owners about players who protest social and racial injustice by kneeling during the national anthem.

In response, almost all of the Texans kneeled during the anthem before their game against the Seahawks on Oct. 29, 2017 after no one on the team had kneeled before.

McNair was born in Tampa and graduated from South Carolina in 1958 with a bachelor of science degree. 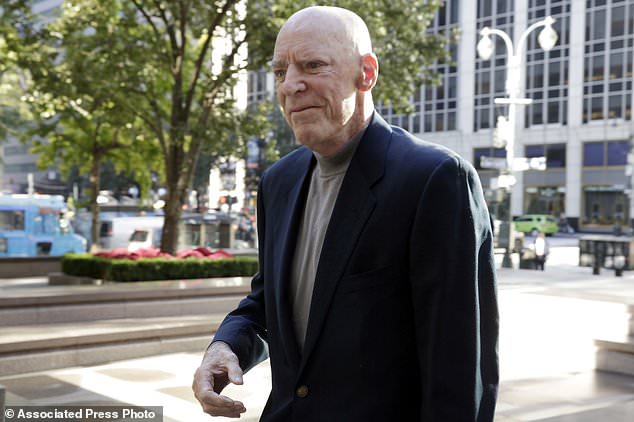 He and Janice moved to Houston in 1960 and he made his fortune as the founder of Cogen Technologies, an energy company which was sold to Enron in 1999 for $1.5 billion.

Through these efforts the McNairs have given more than $500 million to scientific, religious, educational and literary organizations.

He also founded the AdvoCare Texas Bowl, which has provided more than $700,000 in funds to the DePelchin Children’s Center in Houston.

Along with his wife, McNair is survived by four children, 15 grandchildren and two great-grandchildren.