Australians who put in a tax return this week were meant to start seeing up to $1,080 arrive in their bank accounts from today.

The myGov website, however, has crashed frustrating the plans of millions who hoped to have cash in time for the weekend.

The myGov website has crashed, frustrating the plans of millions who hoped to have cash in time for the weekend

Employers with more than 20 people are no longer required to provide group certificates, which means Australians doing their tax returns need to obtain their income record from the Department of Human Services website.

The delay also frustrates tax accountants doing a return on behalf of their customers, as more taxpayers than usual tally up their expenses for the past financial year.

‘We will have some refunds landing in people’s bank accounts by Friday this week,’ he told reporters in Melbourne. 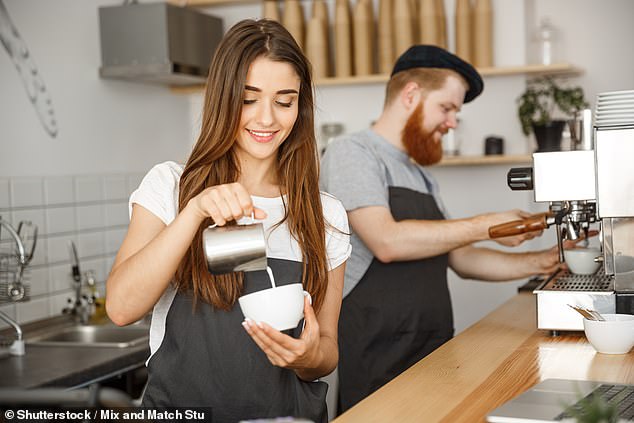 Employers with more than 20 people are no longer required to provide group certificates, which means Australians doing their tax returns need to obtain their income record from the Department of Human Services website in a bid to get their $1,080 tax cut (stock image)

With tax returns taking five business days to process, on average, many Australians had visited the MyGov website on Friday morning hoping to have their returns completed to see a refund next week.

The Department of Human Service issued an apology late on Friday morning.

‘Some people are currently having issues accessing our online services, myGov and Express Plus mobile apps,’ it tweeted.

‘We are urgently investigating and will keep you updated here. We apologise for any inconvenience.’

More than 800,000 tax returns have been lodged during the past week, after Parliament passed the Coalition’s $158billion tax cuts package. 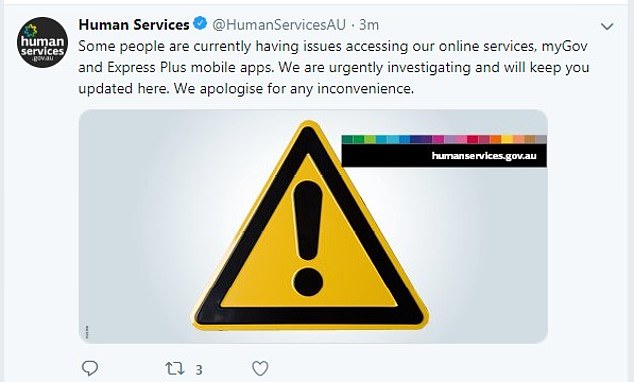 HOW MUCH ARE YOU GETTING BACK?

‘We were able to start processing on the weekend on Sunday,’ Mr Jordan said on Tuesday.

‘Our processing is now working absolutely full bore, 100 per cent.’

Assistant Treasurer Michael Sukkar confirmed 810,000 tax returns had been filed during the past week alone.

‘The fact the ATO has been able to deal with those is a testament to the culture of the organisation.’

With cost of living pressures weighing heavily on many people’s minds, Mr Jordan said that last year, 84 per cent of tax returns were processed within five days during the busiest time by the Australian Taxation Office.

Three-quarters of refunds were paid during that time frame, on average, from July to the end of October.

‘Even if you lodged your return last week, you still don’t need to do anything,’ Mr Jordan said.

‘We’ll be able to pay the full amount to anyone who’s entitled to that by Friday as a starting point and thereafter everyday following that.’

The tax office had vowed a swift response to tax relief as financial comparison website finder.com.au released a new analysis showing 46 per cent of Australians are living pay packet to pay packet.

Put another way, 5.9million Australians would struggle to cope with a sudden job loss, and would only have enough funds to last them one month.

Another 2.1million Australians are living day-to-day.

Just 37 per cent of the 1,200 people surveyed said they could live off their savings for four months or more if they suddenly lost their employment.

Graham Cooke, finder.com.au’s insights manager, said home borrowers in mortgage stress, amid a softening housing market, were the ones most likely to be struggling, even though interest rates are at a record low.

‘Household expenditure is still very much a concern,’ he told Daily Mail Australia on Tuesday.

‘You get some people in the market who have been tied in to the high mortgages who are in some cases living in houses that are worth less now than they were when they bought them.’ 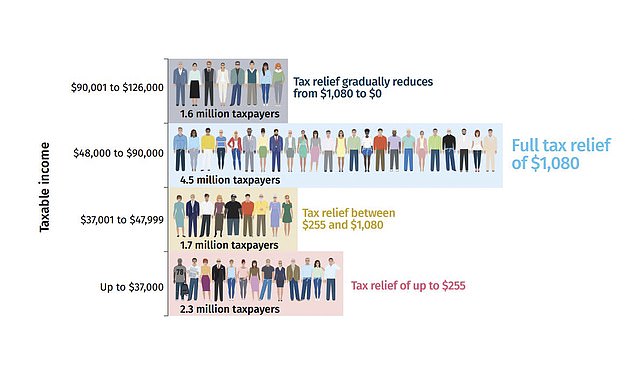 This graph shows how the tax cuts are broken down per bracket – with 4.5 million taxpayers getting the full cut of $1,080 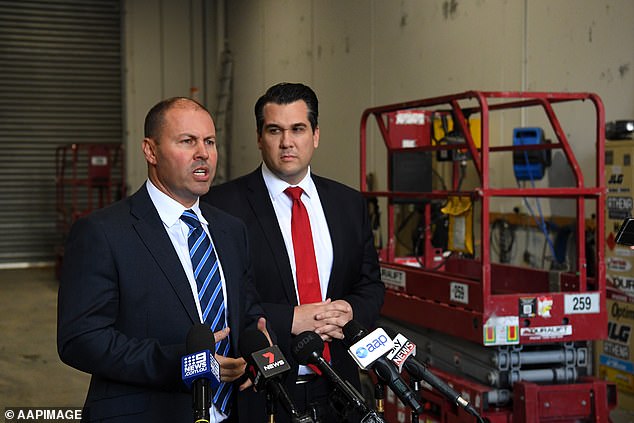 Assistant Treasurer Michael Sukkar confirmed 810,000 tax returns had been filed during the past week alone (he is pictured right with Treasurer Josh Frydenberg in Melbourne)

COULD YOU SURVIVE LOSING YOUR JOB?

–  More than 5.9million workers would be unprepared for a job loss, admitting they could not survive financially for more than a month

– Another 2.1million people, or 17 per cent of the population, are living day-to-day

Source: finder.com.au survey of 1,194 people drawn from a sample group to balance gender and geography

On Thursday last week, the Senate voted to pass the Coalition’s $158billion income tax cuts package, with Labor backing it in the Parliament despite having misgivings about those earning $200,000 receiving big tax cuts from July 2024.

In five years’ time, someone on that salary will be paying a 30 per cent tax rate like a worker earning $45,000, as the 37 per cent tax bracket is abolished.

The Opposition capitulated even though the government already had the support of crossbench senators Jacqui Lambie, Rex Patrick and Stirling Griff.

In the April Budget, the Coalition offered tax cuts for 10million Australians and was re-elected a month later, winning five seats off Labor in Queensland, Tasmania and New South Wales. 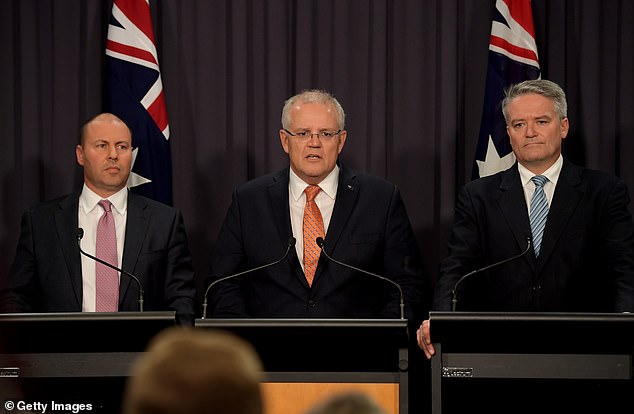 HOW AUSTRALIANS CAN GET THEIR TAX CUT VERY SOON

Tax accountants H&R Block are recommending that Australians find an accountant who is open on Saturdays if they want to have their tax returns processed as soon as possible.

The group’s director of tax communications Mark Chapman said finding an accountant that opened after hours and weekends made a huge difference.

‘Much better than having to take time off work to get it done at an accountant that only opens nine to five, Monday to Friday,’ he told Daily Mail Australia.

‘As a general rule, you need receipts and invoices to prove you spent the money, so gather together all your paperwork before you visit your accountant.’

This year, tax returns are also pre-filled in with employers, banks and private health funds providing details direct to the Australian Taxation Office.

Many income earners are no longer receiving group certificates in the mail or by email from their employer, with employers with 20 or more staff no longer required to provide a payment summary.

This means taxpayers filing a return will either have to obtain it via their accountant or by visiting the myGov website.

Mr Chapman said those working for small businesses may have to wait a little longer to be in a position to file their tax returns.

‘It can take until late July or early August for some slow-moving organisations to fully report data to the ATO but as we head to mid-July, most organisations have reported,’ he said.

From July 2020, smaller employers with less than 20 staff will no longer need to provide payment summaries to their staff.

Full-time workers on the national minimum wage earning $38,522 a year are getting similar tax cuts, as part of a package to provide relief to everyone earning up to $126,000.

‘Cash in the bank is always going to be a positive thing for households,’ he said.