When we think of ancient ruins, we think of dilapidated monuments, half-standing columns and crumbling steps.

An animated video has given an insight into how these structures might have looked today if they hadn’t been destroyed.

This Is Render and Expedia have teamed up to give an idea of how seven ancient ruins would have looked in their heyday.

The video focuses on the Parthenon in Greece, Nohoch Mul Pyramid in Mexico, the Temple of Jupiter in Italy, Milecastle 39 in England, Luxor Temple in Egypt, the Pyramid of the Sun in Mexico, and Area Sacre Di Largo Argentina in Italy. 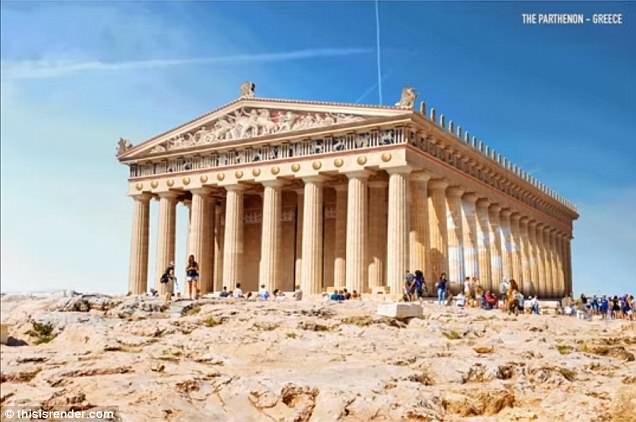 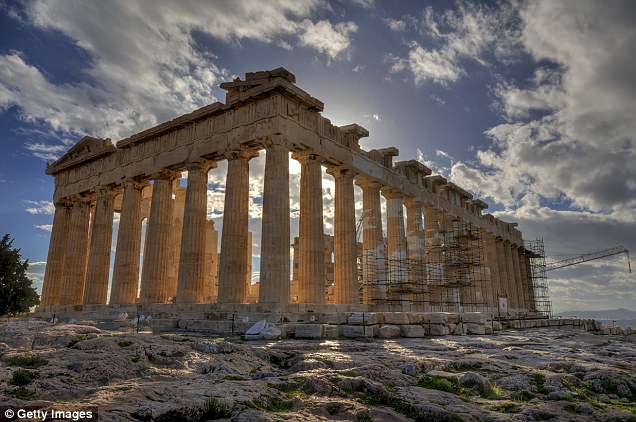 Located in Athens, Greece, atop the Acropolis, the Parthenon was dedicated to the goddess of wisdom, Athena.

The temple’s construction began in 447 BC and it was completed in 438 BC. At the time, it was larger and more grandiose than any temple constructed in Greece before.

It was made completely of marble, had 92 colorful rectangular panels near the top of the temple, an Ionic frieze running along the interior walls and a six-foot tall golden statue of Athena.

In 1687 it was severely damaged in the Great Turkish War, when Ottoman Turks fortified the Acropolis and used the Parthenon as a gunpowder magazine. A mortar blew up the magazine, destroying a great deal of the original structure. 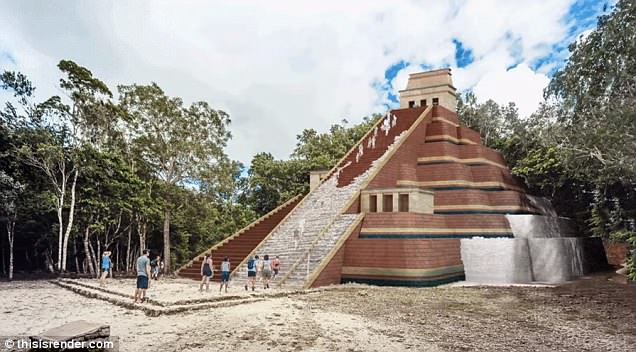 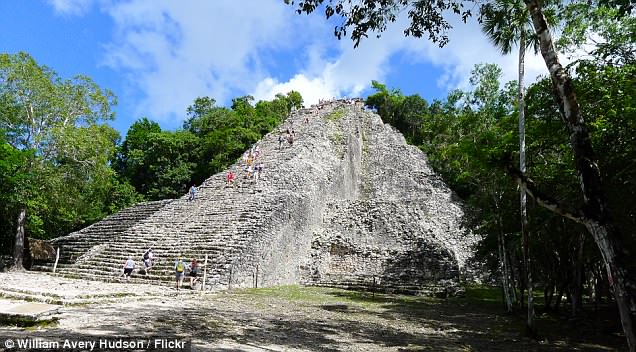 Coba is an ancient Mayan city on the Yucatán Peninsula in Mexico, believed to have first been settled between 100 BC and AD 100.

Cona was abandoned when the Spanish conquered the peninsula around 1550 and it was not discovered until the 1800s. However, the thick and dense forest made it inaccessible to the public until 1975. 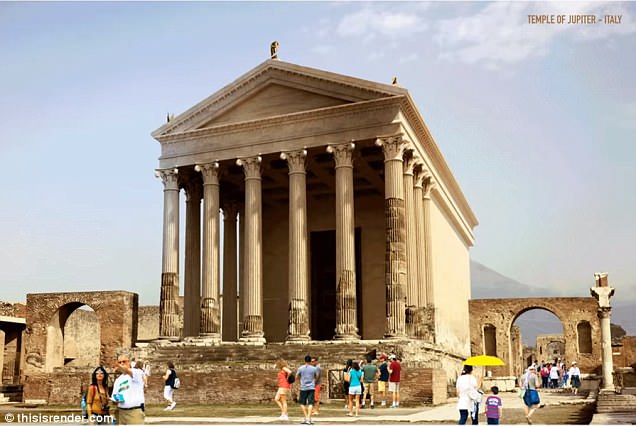 The temple to Jupiter, the god of the sky and thunder, was built in Pompeii in the mid-2nd century BC in the center of the Forum.

At the steps leading to the top, six columns led into an open space which in turn led into the inner sanctuary which held the statues of Jupiter, Juno, and Minerva

In AD 62, an earthquake in Pompeii destroyed much of the temple. Then, while awaiting restoration, the volcano Mount Vesuvius erupted in AD 79, coveting the city in lava and ash.

The site was rediscovered in the 16th century and spent several years under excavation. 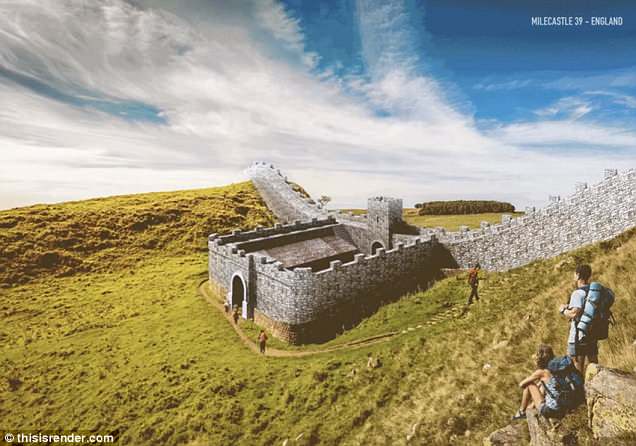 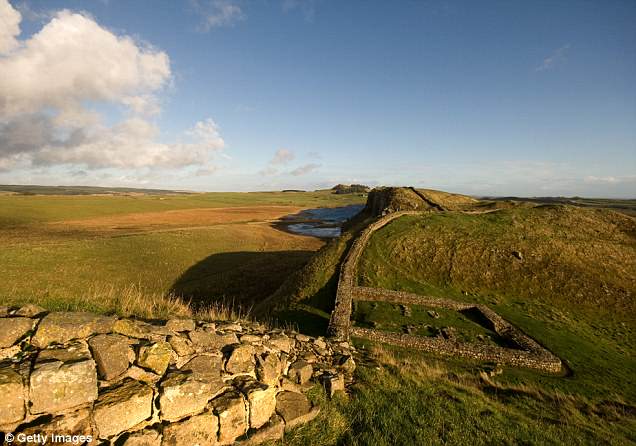 Hadrian’s wall was a defensive fortification stretching across 73 miles and built in the first century AD.

Believed to have been built so the Roman Emperor Hadrian could make his empire more secure, the wall was to have 80 small-gated milecastle fortlets, with one placed every Roman mile.

Constructed with stone, they were about 16 by 20 yards internally, with stone walls as much as 10 feet thick and about 17 to 20 feet high. The milecastles guarded a gateway through the wall to the other side.

Milecastle 39 was excavated in the summer of 1987 and it appears to have filled the gap between Turrets 39A and 39B which is the longest known gap between two turrets along the entire length of the wall, according to Pastcape. 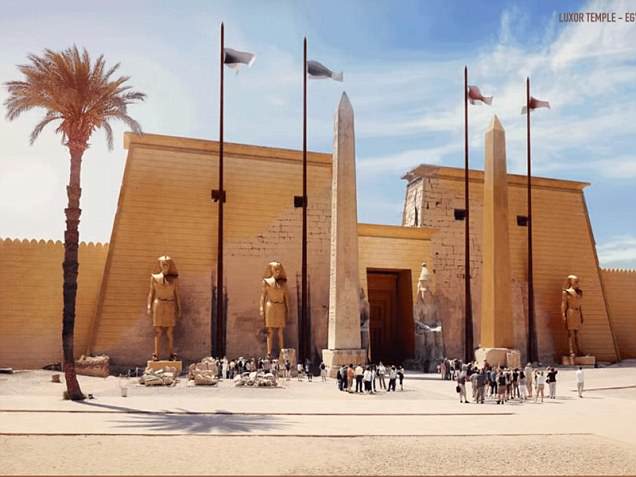 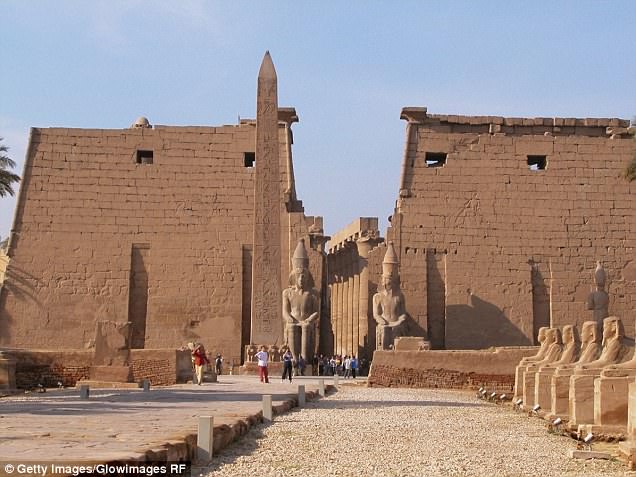 Commissioned by Amenhotep III in 1380 BC, the temple was completed by Tutankhamun and Horemheb.

About a hundred years after construction began, it renovated by Rameses II to incorporate a great pylon gateway and an open courtyard.

Two obelisks once flanked the gateway and although they were not the same height, they created the illusion that they were. One remains in Egypt, the other stands in Paris.

The walls were at one time covered in colorful hieroglyphics with six colossal statues of Ramses II, two of them seated, guarded the entrance, though today only the two seated ones have survived.

PYRAMID OF THE SUN – TEOTIHUACÁN, MEXICO 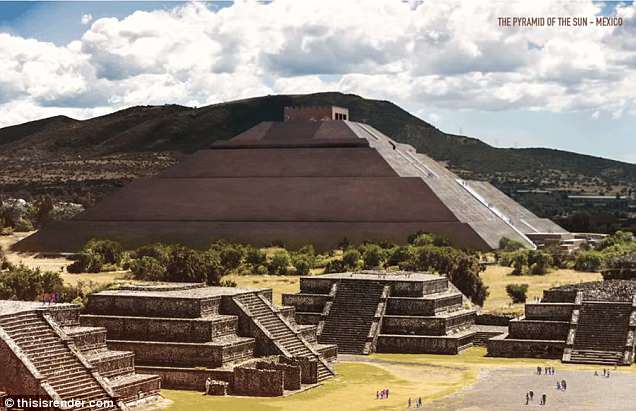 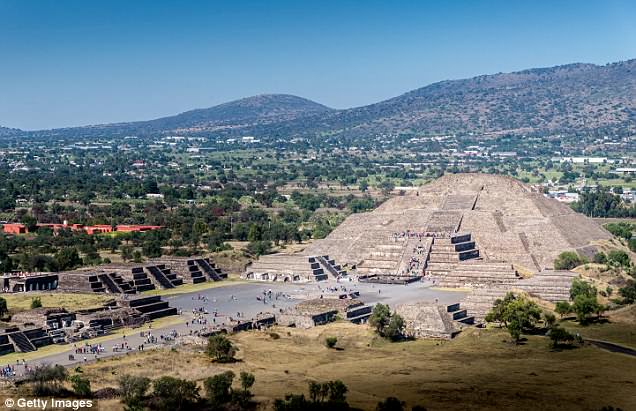 The Pyramid of the Sun is the largest building in Teotihuacán and believed to have been constructed around AD 200.

Little is known about is original builders or why the pyramid was built. Additionally, the destruction of the temple on top of the pyramid, by both deliberate and natural forces, prior to archaeological digs have has prevented identification of the pyramid with any particular deity. 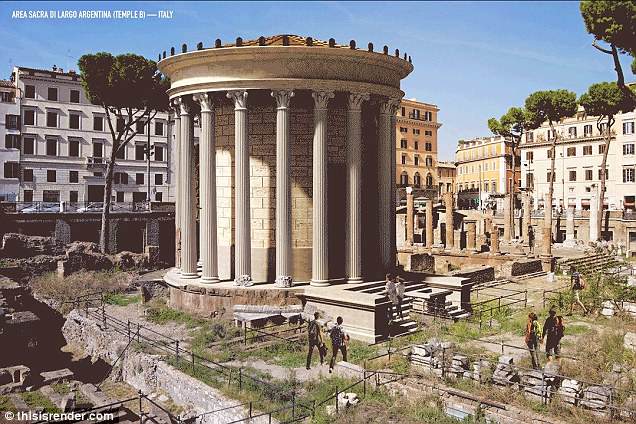 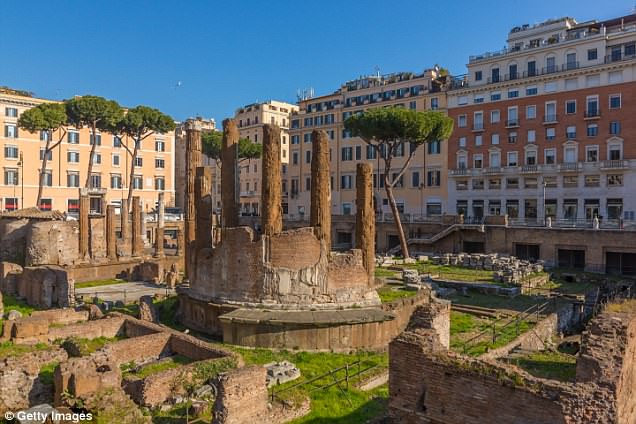 The temple is one of four built in the Largo di Torre Argentina, a square in Rome, originally designated by the letters A, B, C and D, which were reconstructed in the imperial era, after the fire of AD 80.

Temple B is the ‘youngest’ of the four and was built by Quintus Lutacius Catulus in 101 BC after his victory over the Cimbri, a Celto-Germanic tribe.

It was dedicated to Fortuna Huiusce Diei, or ‘The Fortune of the Day’. The original flight of steps leading to the altar at the center of this circular temple and six Corinthian columns, made of tufa stone, remain in tact.

After Italian unification, the zone of Torre Argentica was to be demolished. However, in 1927, the massive head and arms of a marble statue were discovered which led to the excavation of the once holy site.