A backyard accident with glassware provided the inspiration for a 15-year-old schoolboy to start a business that has turned him into an overnight millionaire.

Gold Coast teenager Sam Richards founded his drinkware business Bellaforte two years ago, producing upmarket reusable and recyclable drinkware based on his theory that ‘life is too short to drink out of crappy cups’.

Sam said the inspiration for his fancier plastic cups came to him while delivering drinks to his parents, Phil and Michelle, as they sat beside the pool at their Gold Coast home.

‘I dropped them and I smashed them all, so that was a big disaster,’ he recalled to Nine News Gold Coast. ‘That got me thinking, why don’t I create some unbreakable, plastic cups that are fancy and look great so you can use them by the pool.’ 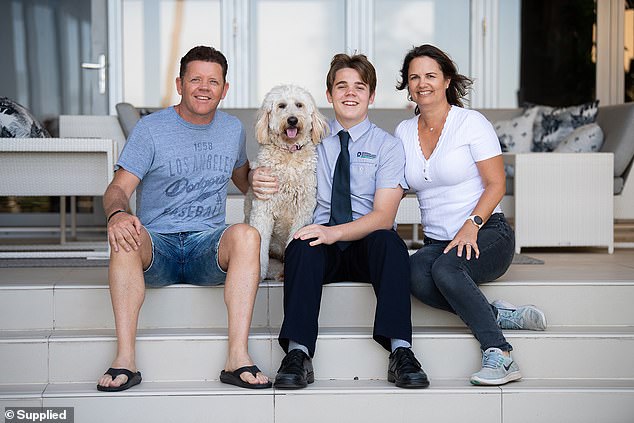 Sam Richards (centre) with this parents Phil (left) and Michelle (right), who are also entrepreneurs

After a trip to China to source product and producers, Sam began selling his ‘beautiful plastic cups’ in November 2019 through Amazon Marketplace.

The Covid pandemic further turbo-charged demand for the product.

Struggling to balance the demands of school and his company, Sam recently sold the business to eCommerce aggregator, Una Brands, for A$1million after tough negotiations, according to its head of acquisitions Yenti Kushor.

‘He was driven and he knew what he wanted,’ Kushor said. ‘It was evident that he did his research and had the numbers to back it up. He didn’t give up until we met his number.’

The teen hopes to purchase a new set of headphones, a Samsung watch and a Tesla car with his windfall, while inspiring other young entrepreneurs. 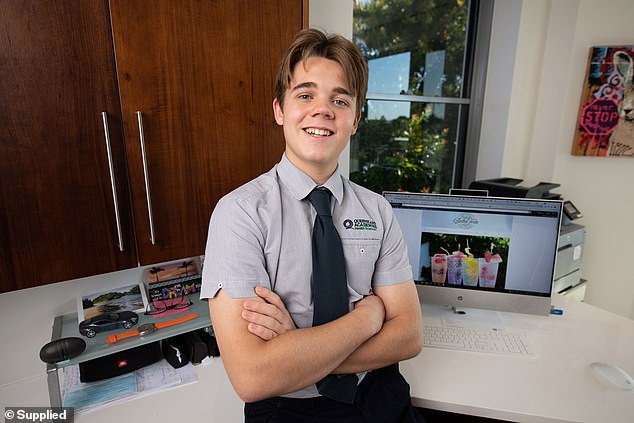 Sam recently sold the business to eCommerce aggregator, Una Brands, for A$1 million 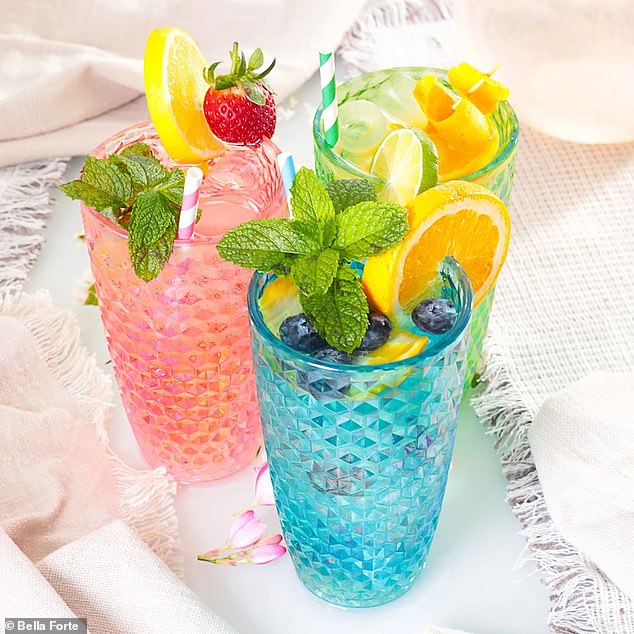 ‘It all started when I went to an Amazon conference at 10 years old to learn how to start up a successful Amazon business, and so my journey had begun,’ Sam writes on his website.

‘Do the simple things well. Do your research and stick to it,’ he advises. ‘Ninety per cent of people are too scared to take the first step and launch. You have to follow your dream.’

His parents, also entrepreneurs, had offered advice and guidance throughout Sam’s building of his business.

‘We don’t have high expectations, I mean, he is a 15-year-old after all,’ father Phil Richards said. ‘We’re just happy if he goes to school and he’s brushed his hair and brushed his teeth.’

Sam said he aims to finish school and go to university to do business and marketing while thinking up new business ideas.