How a diet of potato, meat and Cheerios made boy go BLIND

An 11-year-old boy went blind because of his restricted diet of potatoes, meat and cereal, doctors have revealed.

The Canadian child, who remains anonymous, suffered irreversible damage to his vision from a lack of vitamin A.

His severely restricted diet was caused by his food allergies and eczema, which meant he had to avoid certain triggers.

By the time the boy was taken to hospital, eight months after his eye sight began to falter, he was only able to see 30cm from his face.

The Canadian child, who remains anonymous, suffered irreversible damage to his vision from a lack of vitamin A (left: arrows show Bitot’s spots, dry patches on the eye that are a hallmark of a deficiency, right: shows the patient’s dry eye)

The strange case, involving medics at The Hospital for Sick Children in Toronto, was published in JAMA Pediatrics Clinical Challenge.

Writing in the journal, they said: ‘The child had a restrictive diet consisting solely of potato, pork, lamb, apples, cucumber, and Cheerios.’

What other symptoms did he show?

Alongside his progressive vision loss, the boy also suffered from dry eyes and night blindness – both hallmarks of a vitamin A deficiency.

Examinations revealed Bitot’s spots on his eyes, dry keratinized patches. Doctors said they are a ‘characteristic’ of a defiency. 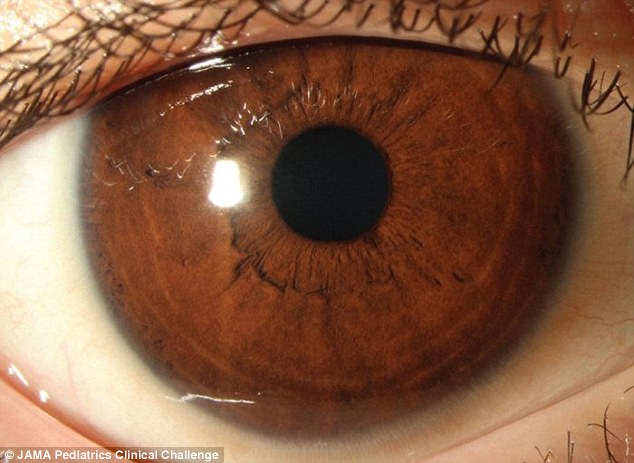 The boy’s vision improved to 20/800 within six weeks, but it means he is still legally blind. His Bitot’s spots also disappeared 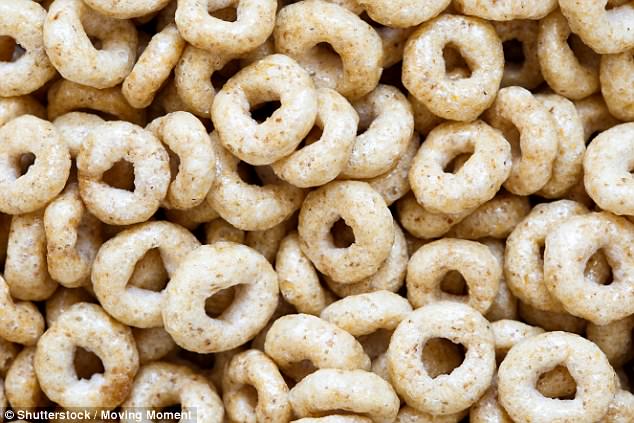 Writing in the journal, they said: ‘The child had a restrictive diet consisting solely of potato, pork, lamb, apples, cucumber, and Cheerios’

Doctors gave the patient three super-strength doses of the vitamin over the course of two weeks, they wrote in the journal.

VITAMIN B3 COULD PROTECT THE EYES

Adding vitamin B3 to water may protect you against glaucoma, a study revealed in February.

In a study on mice, scientists found it helped to keep their eyes healthier for longer – reducing their risk of developing the condition.

Experts said the findings could point to a cheap and safe treatment option for older people, instead of relying on eye drops.

Researchers at The Jackson Laboratory in Bar Harbor, Maine added the vitamin to the water of mice who were genetically predisposed to glaucoma.

Results revealed it kept their eyes healthier for longer and provided remarkable protection against glaucoma compared to those given plain water.

The boy’s vision improved to 20/800 within six weeks, but it means he is still legally blind. His Bitot’s spots also disappeared.

Experts warned his vision loss may not improve further, meaning it’s likely he will spend the rest of his life with poor eyesight.

Writing in the journal, the doctors continued: ‘Vision loss associated with vitamin A deficiency can be reversible.

‘However, in cases with established optic atrophy, as was the case in this patient, a degree of vision loss is likely permanent.’

Truth to the old wives’ tale

Old wives’ tales have long centred around carrots, which are abundant in vitamin A, as helping to boost eyesight.

But the doctors say there is truth to the famous saying, with photoreceptor cells in the eyes relying on the vitamin to detect light.

Those deficient in the vitamin often struggle to see in the dark clearly, hence the links to carrots and night vision.

The doctors said a deficiency can be a result of poor dietary intake and represents a ‘major cause of preventable childhood blindness’.

They added a lack of vitamin A is thought to mainly be a problem in the developing world, where ‘malnutrition is endemic’.