Souths winger Izaac Thompson has been on fire in the NRL lately – scoring a try in each of his two appearances – but just a couple of years ago the 25-year-old winger was sitting inside a jail cell at a Sydney police station deciding what to do with his life.

Weighing 140kg at the time, Thompson hadn’t laced on his footy boots since 2017 – and he didn’t really miss the sport, either.

It wasn’t the first time Thompson had been arrested, but he quickly decided that it was going to be the last.

‘It hit me. I was emotional.’ Thompson told the Daily Telegraph.

‘I could feel a shift in me that I needed to do something different to change this.

‘And I told myself, if I didn’t go inside (jail), I wanted to only do good in my life. I wanted to cut every bad influence off.

‘I wanted to make an honest living and stay out of trouble.’

Thomson arrived in Australia from New Zealand at age 12 and quickly made a name for himself as a junior athlete. Attending Endeavour Sports High, he went on to represent NSW in the under-16s as a winger.

The youngster went on to play Dragons SG Ball alongside NRL stars Addin Fonua-Blake, Matt Dufty, Jacob Host and Hame Sele, but at some point he decided to stop playing. 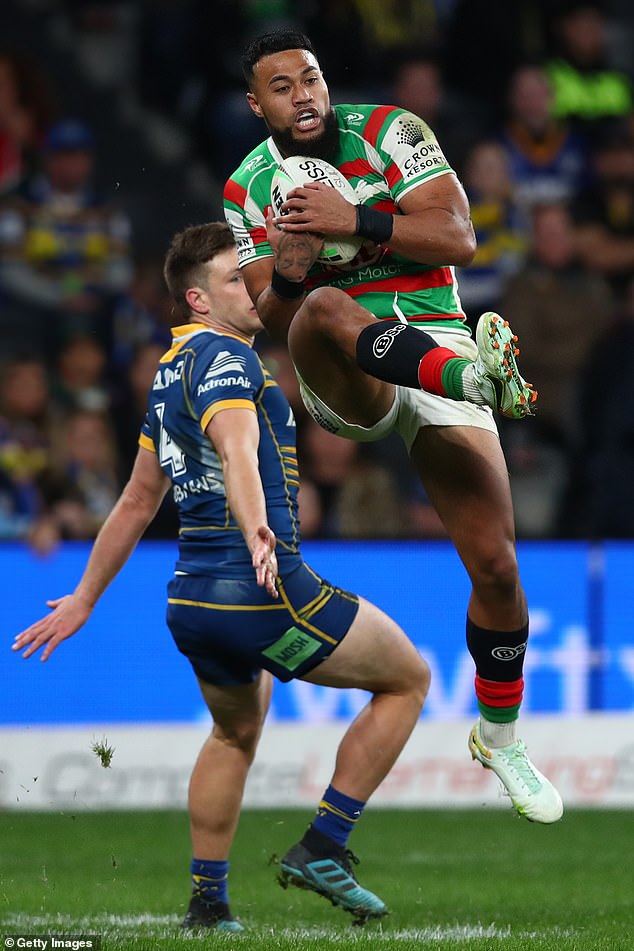 Izaac Thompson is back playing first grade football for Souths after nearly five years away from the sport, being arrested and blowing up to 140kg

His first step was to get a nine-to-five job working in a factory.

Not long after, Thompson got a phone call from his old mate and current Souths player Hame Sele that would change everything.

Sele wanted to know if Thompson would consider playing again.

‘I pretty much laughed in Hame’s face because I never wanted to go back to football,’ Thompson said.

‘I hated football. I told Hame, I don’t know if I want to do it. He just said, have a think about it.’

Souths coach Jason Demetriou was interested in getting Thompson back on the footy field, too. What he didn’t know is that he’d ballooned up to 140kg.

‘I couldn’t even run,’ Thompson said. ‘I had to walk first.’

‘I didn’t even have a gym membership. We have a hill at our house. I couldn’t run 100 metres up that hill.

‘That’s how it began. I walked up and down that thing. It was the worst.’

Thompson cleaned up his diet of KFC and kebabs and within four months he had dropped 30kg. 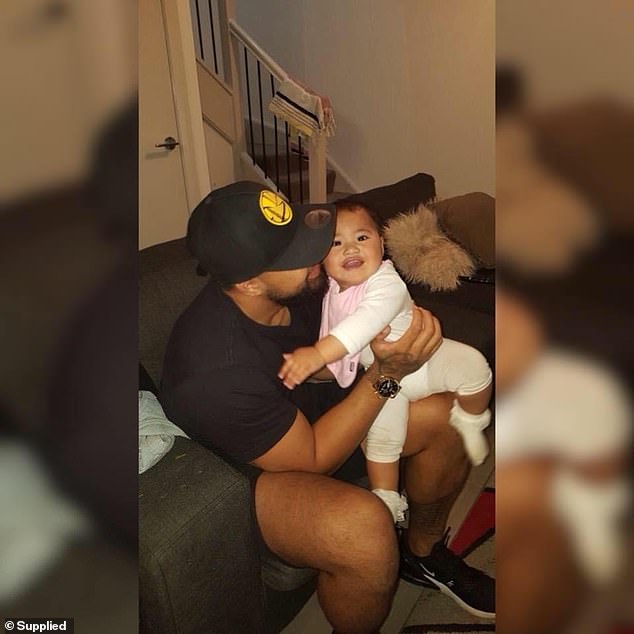 But soon after he had another setback in the way of injury. He didn’t give up, though, and recovered to make his comeback in the first round of the NSW Cup this year.

The speedster scored 20 tries in just 16 games for Souths before getting the call for his first-grade debut in last weekend’s win over the Warriors.

Coach Demetriou was holding back tears as the mature-age rookie took the field against the New Zealanders, knowing just how far Thompson had come to be there.

‘I’ve come a long way. I’m proud of myself. I don’t usually say that. But where I’ve come, I am,’ Thompson said. ‘This is the beginning for me.’