How a NSW farmer who planted 15,000 trees turned his ‘dust bowl’ property around

How an Aussie farmer who planted 15,000 trees turned his property around: ‘The results are terrific’

A NSW farmer has come up trumps against environmental odds that has seen his sheep farming acreage become a haven for his livestock.

Will Johnson’s farm, near Cargo, 35km west of Orange was transformed after the sheep farmer planted some 15,000 trees and shrubs to foster a better environment.

Twenty years ago, it had been a mostly treeless landscape after a previous owner cleared the trees on the 600-acre land – so Mr Johnson set to work planting lines of ‘shelterbelts’.

Since purchasing the property in 2002 (pictured, left) Will Johnson has planted 15,000 trees and shrubs in shelterbelts around the paddocks, clearly visible from the air in 2018 (pictured, right) 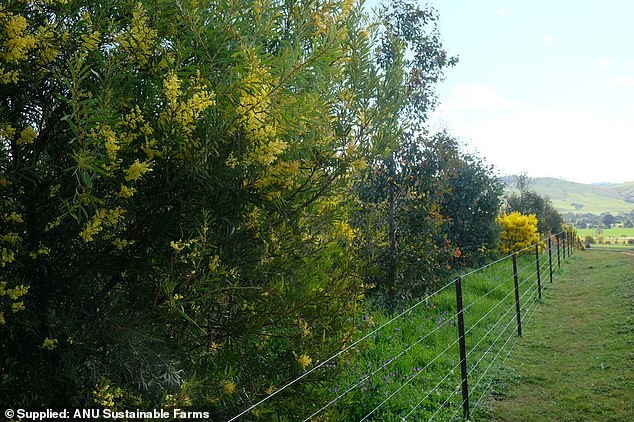 Mr Johnson’s shelterbelts are a mixture of indigenous plants and gum trees lined up to create a fence of protection against the wind elements.

‘It is a lot of work but the results are terrific,’ he said.

They act as a wind buffer by breaking up and slowing down wind speeds, and they also protect farm animals from the cold and crops from drying out.

Scientists from the Australian National University Sustainable Farms project have been looking into the impacts of the shelterbelts in the central west for two decades.

It has been working closely with farmers who are undertaking changes on their properties – such as planting shelterbelts – and it monitors the subsequent impact on wildlife.

ANU Ecologist Eleanor Lang told Daily Mail Australia the impact of the protection is immense against the elements like wind that can harm cattle.

The shade and shelter provided by the wind barrier has shown to increase survival of lambs and help sheep stay warm or cool during the seasons.

It also increases wool production and improves the weight gains of cattle.

The shelterbelts attract various bird species who are able to breed in the shrubbery, and in some cases the coolness of the shelters can foster greener grass growth in the area.

‘Just seeing how many birds have been able to return to a landscape is always impressive to me … a lot of smaller bird species that often struggle on farms that have been grazed a lot, they really need that shrubbery,’ Ms Lang said.

The wind shelters cover a land distance about 10 times the height of the shelterbelt trees.

‘If a belt of trees is 10 metres high the wind reduction benefits can go up to 100 metres on the other side,’ Ms Lang said. 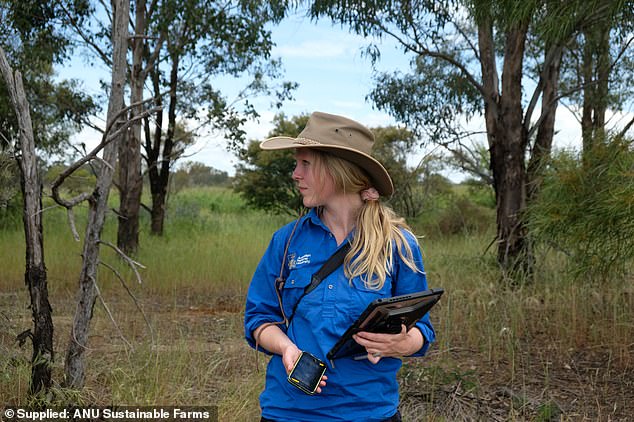