A question on a high school English exam has landed a trendy cafe in Melbourne in controversy.

The Calmer Café in Aberfeldie, the city’s northwest, has been bombarded with bad reviews on social media after more than 43,000 year 12 students across Victoria were asked to analyse a scathing review of a fictional ‘hipster’ cafe with the same name in the VCE English exam on Wednesday.

Coincidently, the fictional reviewer featured in the question, Jonty Jenkins, has the same surname as the real cafe’s manager.

‘Calmer Coffee is another example of an ever-creeping shift  towards soulless franchises that can be found at airports around the world,’ the fictional reviewer writes about the cafe in ‘Benmore Village’.

After students discovered a cafe with the same name actually exists, they flooded its social media platforms with complaints and scathing comments.

The cafe’s excellent Google review rating plummeted from five stars to 3.5 within hours.

‘It sucks! Bad services! Classic Jonty told me all about it during VCE,’ one student wrote on the cafe’s Facebook page.

Another wrote: ‘Absolutely revolting. There was skin on the top of the coffee.’ 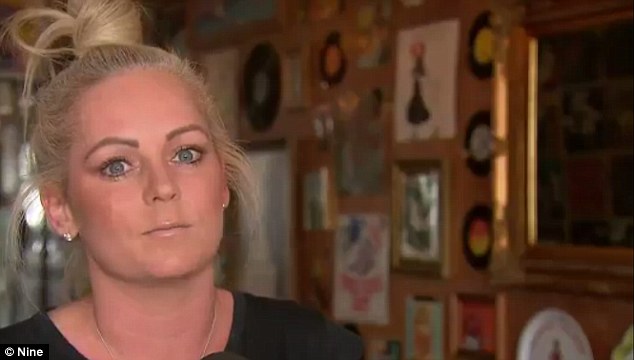 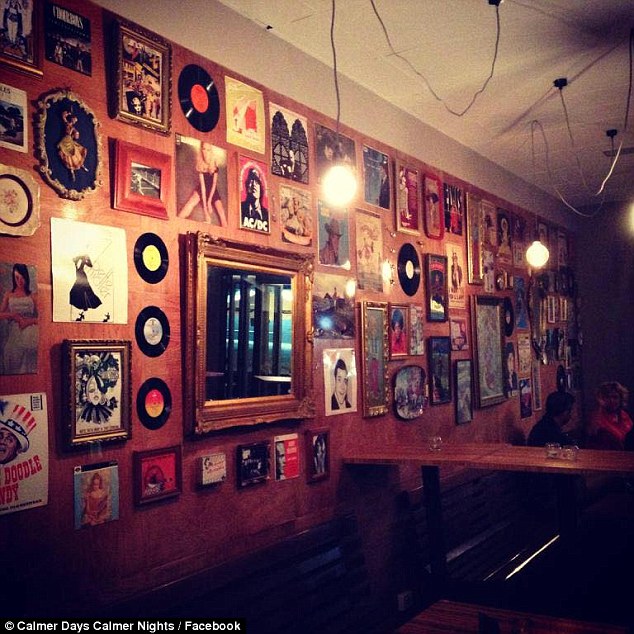 Calmer Café manager Elise Jenkins said the sudden surge in negative reviews have had a devastating affect on the business, which she described as more vintage retro than hipster.

‘It’s not funny. We’re a small business and we do our best. Can you please stop doing it.’

Ms Jenkins pleaded for the negative reviews to stop and has offered a free coffee to year 12 students as a peace offering. 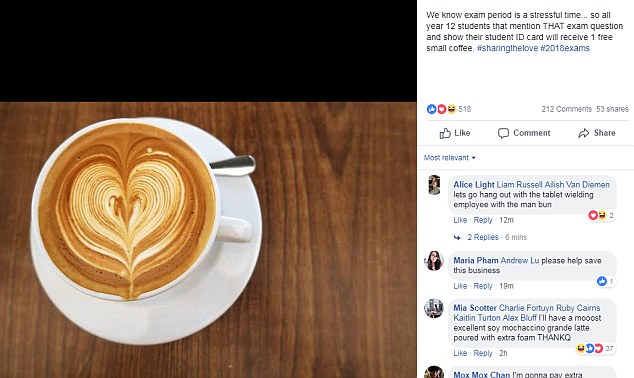 ‘We know exam period is a stressful time… so all year 12 students that mention THAT exam question and show their student ID card will receive 1 free small coffee. #sharingthelove #2018exams,’ the cafe posted on Wednesday afternoon.

Regular customers have since come to the cafe’s defence and posted positive reviews.

‘Don’t listen to Jonty Jenkins, this is what Benmore needs,’ one responded to a critical review. 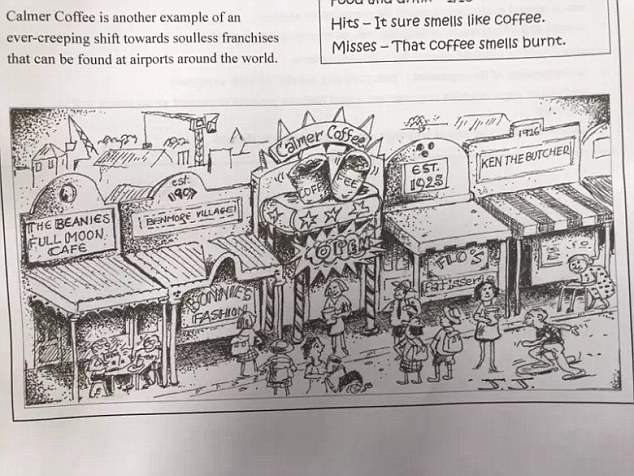 A Victorian Curriculum and Assessment Authority spokesman claims it checked and found no registered business with the name ‘Calmer Coffee’ prior to Wednesday’s exam.

‘The VCAA has been in contact with Calmer Café management and understands the posts have caused the business considerable effort and inconvenience,’ he told Daily Mail Australia.

‘The VCAA has apologised for the inadvertent similarity in business names that led to the surge of social media and web posts, and has offered its assistance to have these posts removed as soon as possible.’