Eddie Coumi has become the fourth Australian boxer to win a Commonwealth medal – and almost didn’t have to throw a punch in the whole Games to collect it.

The Adelaide heavyweight’s quarter-final with Anguilla’s Japheth Olton was in danger of being called off on Thursday because the Caribbean boxer was sporting the wrong-coloured gumshield.

A potential walkover would have left Coumi making the semis and earning a guaranteed bronze without having had a single fight in Birmingham.

‘I wouldn’t have took it,’ reckoned Coumi. ‘I didn’t want it like that – I wanted to fight for it.’

He got his wish – and then made short work of Olton, dominating with his ramrod jab, agile movement for a big man and one wince-inducing body shot in the second round which prompted the referee to call a halt.

The drama had begun when the referee pointed out Olton’s red mouthguard to officials, and a debate began over whether he’d be allowed to fight.

‘If the mouthguard’s red, it can mask the blood and the ref can’t see it. I thought they were going to call it off,’ explained Coumi. 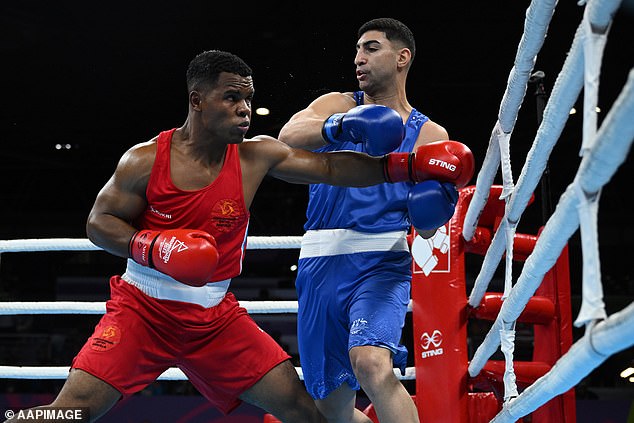 ‘But they let it go and let him fight – and I was happy about that because at least I could get a fight under my belt at last.’

‘I’ve done rounds in sparring with him [Williams] before. I feel like I’ll bring my “A” game. I’ll show the world what I’m about,’ said the ambitious 26-year-old, currently a personal trainer at his dad’s gym in Adelaide. 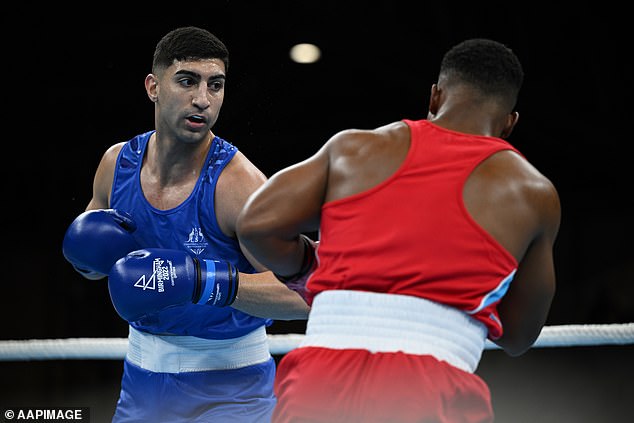 The fight almost didn’t take place as the Caribbean boxer was sporting the wrong-coloured gumshield, before officials eventually allowed the bout to go ahead 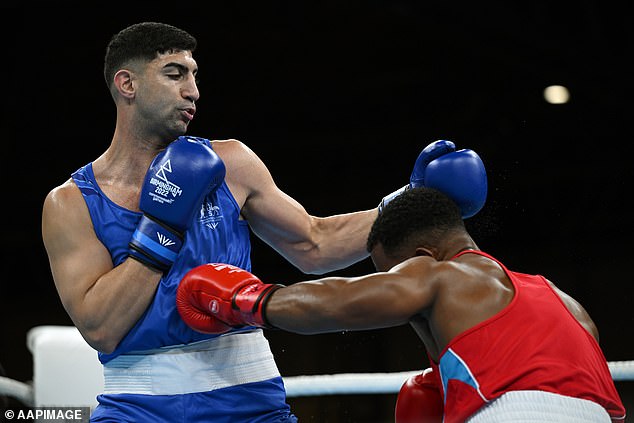 Winwood, seeking revenge for an Olympic defeat by rangy Zambian Patrick Chinyemba, was floored by a sharp right cross in the second round of his flyweight quarter-final.

Bouncing quickly back to his feet ready to resume a fight he’d largely dominated in the opening round, the Perth-based fighter was left open-mouthed in astonishment when referee Maria Rizzardo called a halt to the contest.

To his credit, the distraught Winwood, who’d been fighting for at least guaranteed bronze, refused to make any more than the briefest protest to the Italian ref and later shook hands with her. 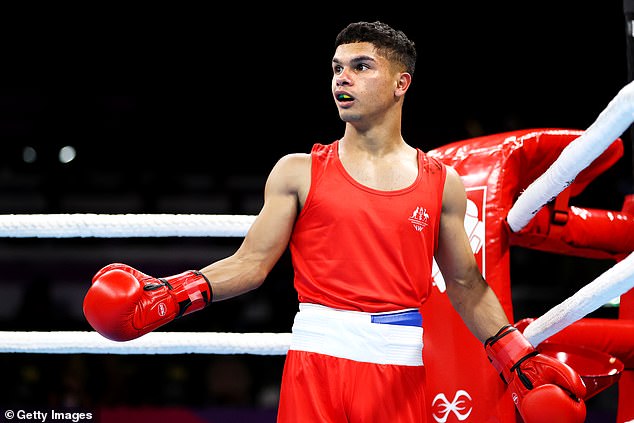 It was Winwood’s second defeat to Chinyemba, who had also earned a 4-1 points verdict against him at the Olympics – a decision which prompted a frustrated reaction from the 25-year-old.

This time, he accepted his misfortune with better grace.

‘I don’t want to look like a bad sport in front of the world – I think I did a poor effort of that at the Olympics, how I spoke afterwards. That’s not me,’ he said. 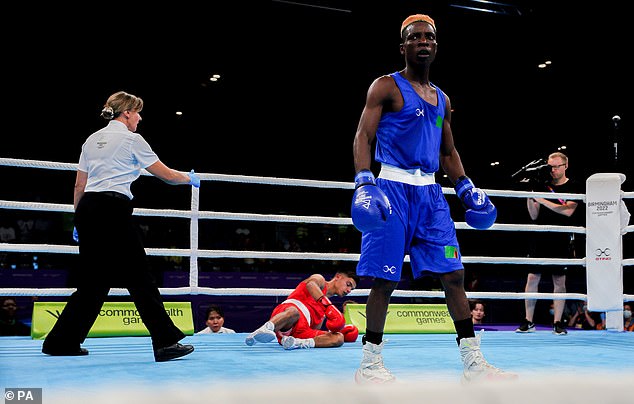 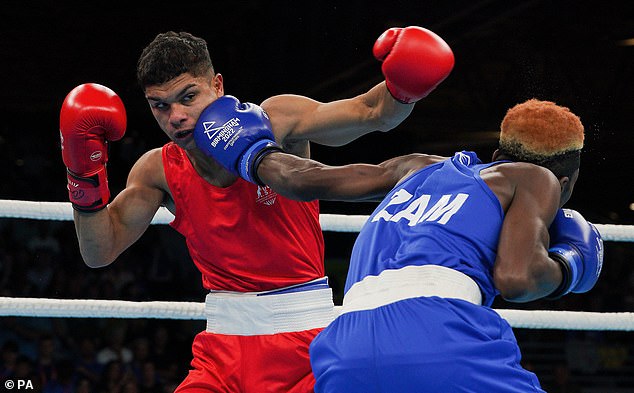 ‘It’s his day. I do obviously feel robbed on the inside, but I’m not going to lower myself and my beliefs to make a fool of myself out there.

‘I feel just a little bit robbed of an opportunity to prove myself. I felt I was fine [after the knock down], the call [from the referee] was a bit quick.

‘She’s made her mind up – that’s what the referee’s there for – to protect us. It is what it is.’