How a whiff of fresh paint put this woman in hospital

Concern: Florest Cambran used to live in a state of constant fear of strong smells such as perfume, cigarette smoke and paint

Florest Cambran used to live in a state of constant fear of strong smells such as perfume, cigarette smoke, paint or household cleaning products.

These could set off a coughing fit that would leave her struggling to breathe and often caused her to pass out.

‘Once I came home to find a corridor being painted,’ says 49-year-old Florest, a nurse from Wallington in London. ‘A cloud of fumes hit me and the next thing I remember is waking up in intensive care. I had a tube in my airway and was on a ventilator to help me breathe.’

The mother of three became nervous about leaving the house, and routinely turned down invitations. It was ‘easier to cocoon myself away’, she says.

For years, Florest was told by a series of GPs and specialists that her symptoms were down to asthma, and she was given preventer and reliever inhalers. But there were times when no amount of puffing on these would stop an attack.

Suspecting something else was going on, two years ago Florest’s respiratory consultant referred her to a specialist clinic at the Royal Brompton Hospital in Chelsea, London, where tests led to another diagnosis: irritant-induced laryngeal obstruction. Estimated to affect about 250,000 people in Britain, this is a disorder of the voice box, rather than the lungs, but its symptoms — breathlessness, coughing and wheezing — resemble asthma.

But unlike asthma, where sensitive airways become inflamed and narrow, it occurs when the muscles of the voice box, or larynx, tighten, stopping air reaching the windpipe below.

This typically happens as a reaction to environmental triggers such as perfumes, deodorants, household cleaning agents — even wine.

It is not generally life-threatening, but in some cases the voice box can close so tightly that insufficient oxygen reaches the brain and the patient loses consciousness.

‘We think that nerve endings in the larynx may become over-sensitised to certain scents and irritants,’ explains Dr James Hull, a consultant respiratory physician at the Royal Brompton Hospital.

‘It triggers a process where the voice box closes as a defence mechanism; it’s trying to protect the airway inappropriately,’ he says. 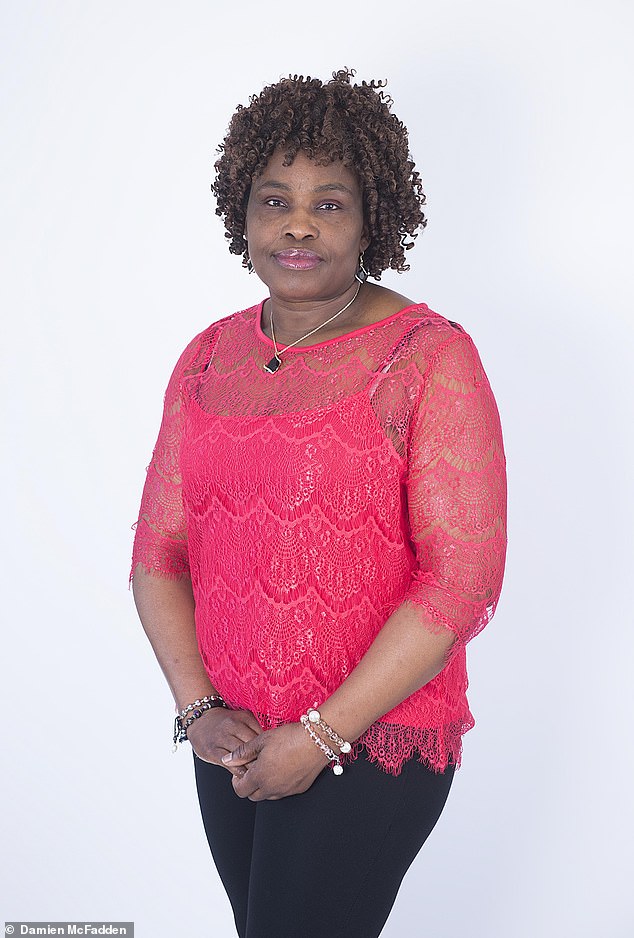 Diagnosis: Two years ago, she was referred to the Royal Brompton Hospital where she underwent a new diagnostic test (called a continuous laryngoscopy) and was diagnosed with irritant-induced laryngeal obstruction

Why it develops is unclear, but excess secretions from conditions such as acid reflux — where stomach acid splashes up into the gullet and throat — and persistent rhinitis [inflammation in the nose, causing nasal discharge] are thought to irritate the voice box and contribute to the over-sensitivity.

There are 5.4 million people in the UK being treated for asthma, but studies suggest some have been diagnosised wrongly.

A 2017 study in Canada, for example, found that a third of adults with an asthma diagnosis did not have any evidence of the condition.

Not all of those misdiagnosed will have irritant-induced laryngeal obstruction, but Dr Hull says that ‘because asthma and its symptoms are so common, it can be a bucket diagnosis for a variety of other conditions’.

Furthermore, some people with asthma may have undiagnosed voice box closure as well, says Dr Hull. ‘This could explain why they aren’t responding well to asthma medication.’

Asthma treatment typically involves inhaling steroids to reduce inflammation in the airways. But these don’t help with irritant-induced laryngeal obstruction, as they don’t work on the voice box muscles. They may even further irritate the voice box.

‘Most patients won’t get worse from inhalers, but many will be taking them needlessly, and won’t be receiving treatment that could enable them to lead normal lives,’ says Dr Hull.

Treatment includes a tailor-made plan delivered by a speech and language therapist who specialises in respiratory and laryngeal problems. This may include breathing techniques to relax the voice box.

– Patients with irritant-induced laryngeal obstruction may wheeze while breathing in, rather than out.

– With the larynx closure, they may also feel a tightening in the throat or upper chest, rather than lower down in the chest.

But first there needs to be a diagnosis — and this can be difficult, as symptoms occur only when the patient is exposed to their triggers.

‘By the time a doctor sees them, they might be fine, so the doctor can be falsely reassured they do not have this condition,’ says Dr Hull. Symptoms such as breathlessness may then be considered to be caused by asthma or angina.

Now his clinic is offering a test that makes diagnosis easier. Called continuous laryngoscopy during provocation, it involves passing a nasendoscope — a thin tube with a video chip on the end — via the nostril and into the throat, to examine the voice box.

With the scope in place, patients enter a sealed chamber where they’re exposed to small amounts of their triggers. The test is conducted by a speech and language therapist in the presence of a doctor, so that strategies to help can be put into practice straight away.

There are three ‘rescue’ strategies that can help immediately, explains Julia Selby, a speech and language therapist in the upper airway service at the Royal Brompton.

One is to sniff quickly, causing the vocal cords to pop apart and open up to their widest point. Then there is yawning with your mouth closed — this relaxes the throat and causes the voice box to expand.

Or you could blow out through tightly pursed lips, sending pressure back into the throat and encouraging it to open.

‘Patients usually find one of these manoeuvres works best for them,’ says Julia.

Patients are given guidance on breathing and using their voice, too. ‘Straining the voice can put extra tension into the muscles of the voice box, which can exacerbate the problem,’ says Julia. Other tactics include exercises to improve head and neck alignment.

Having always had a loud, hoarse voice, Florest, who is still being treated for asthma, has learned how to talk and breathe in a different way. She has not had a major attack for more than a year. ‘Julia has taught me to handle my symptoms, so if I come across perfume or smoke I know what to do,’ she says.

There are other specialised clinics in the UK that may offer similar tests to the Royal Brompton’s.

For people unable to access these, it might be possible to get a diagnosis at a local respiratory or ENT clinic.