How a woman’s innocent-looking pimple almost killed her

Jessica Pasco assumed the pimple under her nose was any ordinary zit.

But when it left behind a redness that didn’t seem to disappear, a routine doctor’s check revealed the innocent blemish was in fact a Basal Cell Carcinoma: a serious type of skin cancer where, if left too long, could spread throughout her body.

‘I thought it was strange that the redness (on my face) was still there,’ Jessica told Daily Mail Australia.

‘I didn’t even really know there was all these different types of cancers. I thought skin cancer was just a black mole … now I’m always noticing my skin changing.’

Jessica Pasco has had cancer more times than your average 32-year-old. A small pimple under her nose (pictured) became a Basal Cell Carcinoma and a freckle on her leg resulted in a level three melanoma diagnosis 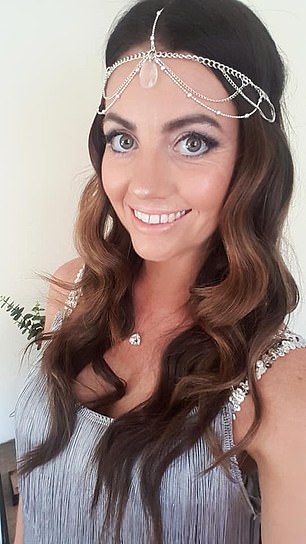 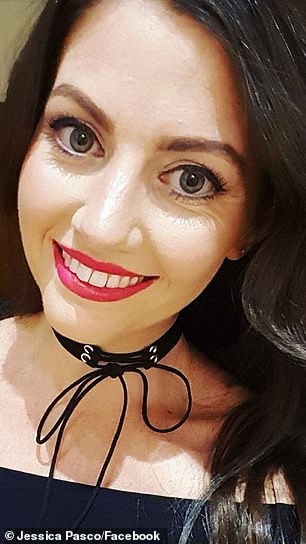 Treating the cancer brought out a severe reaction on her face leaving a massive sore that lasted for four months.

‘When you have a skin cancer on your face, it’s preferable to use a cream to get your immune system to attack the cancer instead of cutting it out,’ she explained.

But the cream left Jessica with a massive sore that was bigger than the cancer itself.

‘It was a large scab … it was definitely a talking point,’ she said.

Only a year before, the 32-year-old from Perth had an even bigger scare when he noticed an odd-looking freckle on her leg.

‘I noticed a freckle I’d had on my leg for ages was growing and changing in colour,’ she told Daily Mail Australia.

During a routine GP appointment, Jessica asked the doctor to check the freckle on her leg and was advised she could have it cut out there and given a few stitches. 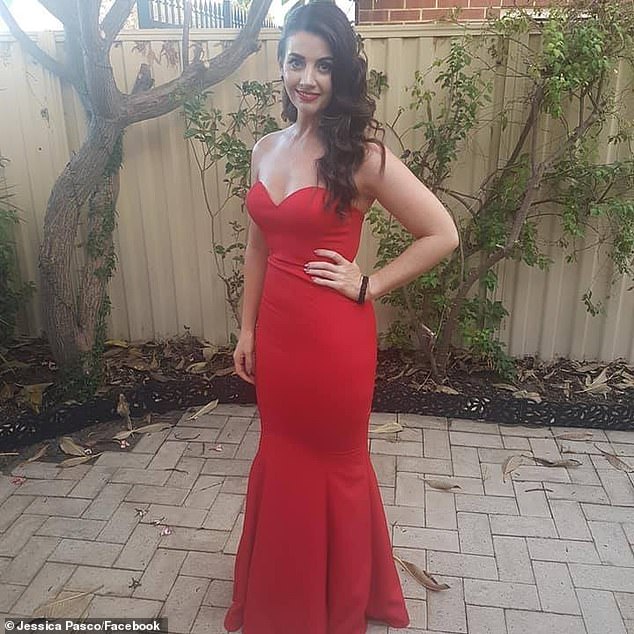 ‘I didn’t even really know there was all these different types of cancers. I thought skin cancer was just a black mole … now I’m always noticing my skin changing,’ Jessica (above) said

A week later when she returned for the results, the stitches had come undone

‘They didn’t take, which is apparently a sign of cancer,’ she explained.

‘The GP said straight away it was a level three melanoma – the level before it spreads to the lymph nodes and blood stream’.

After visiting a specialist, Jessica had the cancer properly removed but a 10cm scar still remains on her leg.

Now the public service worker is vigilant about skin care and warning others of the dangers of the sun.

‘The effort it takes to slip slop slap far outweighs the sleepless nights, the physical scars, the thought of never growing old and the medical bills associated with this terrible disease,’ Jessica said.

‘Now I put sunscreen on my face every day before my foundation.

‘Early detection is vital. A check only takes 15 minutes.’ 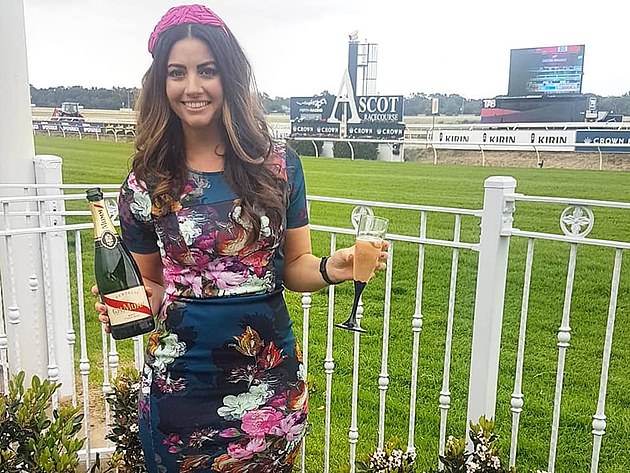 ‘Like most people, I thought skin cancer was just a black mole. If I wasn’t conscious like I am now, I wouldn’t have thought anything of it and would’ve ignored it,’ Jessica (above) said