A young Australian woman who travelled the world for nine months – and spent just $7,000 doing so – decided her every move by flipping a coin.

Melbourne psychology student Hannah Turner-Revach, 26, took a year out from her studies to go on her dream world trip in April, 2018.

She saved up $18,000 for the trip and used a game of chance to work her way through south-east Asia and around a dozen European countries.

A young Australian woman (pictured) travelled the world for nine months on $7,000 by flipping a coin to decide her every move

Speaking to FEMAIL, the young woman explained how she weaved her way around the world with every coin toss and the savvy ways she saved up the money to go.

Hannah worked in a dental clinic and cut down her expenditure through stopping drinking, sticking to a vegan diet and walking home from nights out to avoid paying for taxis and public transport. 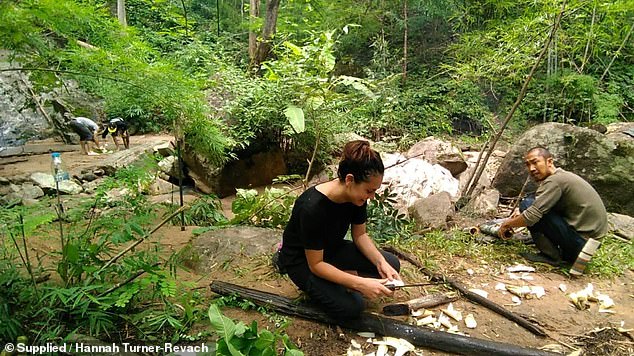 She saved up $18,000 for the trip before using her game of chance to work her way through south-east Asia and around a dozen European countries (pictured jungle trekking in Thailand) 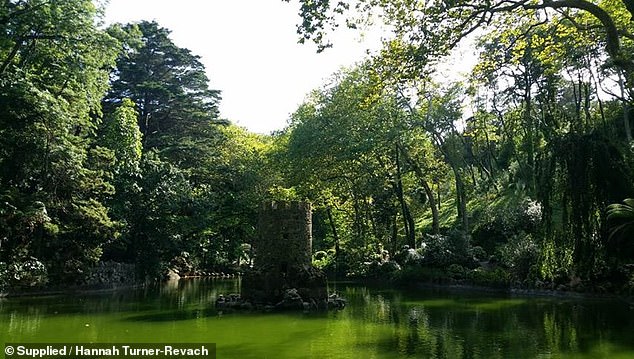 Her trip concluded by taking in Spain, Portugal (pictured) and Amsterdam as well as working in a refugee camp in Bosnia

What were Hannah’s coin-flip decisions?

Her trip began at Melbourne Airport with a coin flip to decide whether to go to  Colombo in Sri Lanka or Borneo.

‘I was limited with visas so the first time I flipped I didn’t have many options and just had the two – sometimes during the trip there were four or eight alternatives,’ Hannah said.

Borneo won the toss and Hannah then travelled to the east Asian country for two weeks of hiking, taking in the country’s wild jungle and seeing orangutans.

From there she went through Malaysia and up into Thailand for another fortnight, where perhaps her most creative coin flip happened. 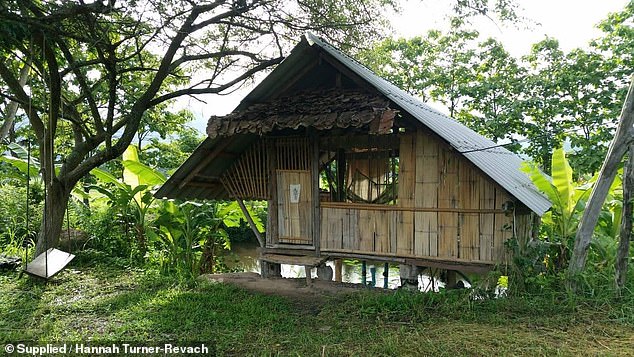 ‘I was working on a permaculture farm (her room on the farm pictured) and I flipped a ball of mud to decide between Berlin and Mongolia,’ she said 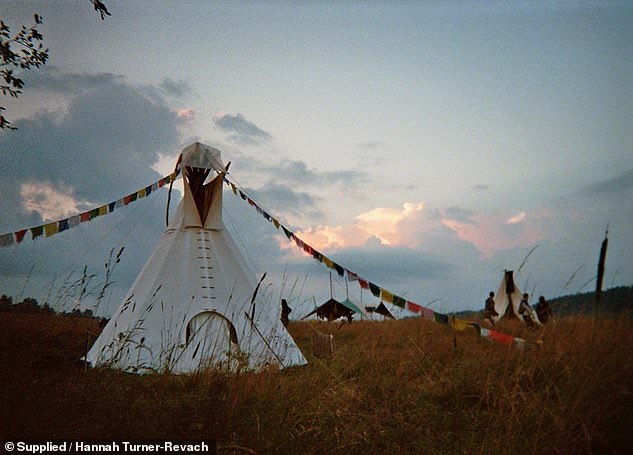 ‘I was working on a permaculture farm and I flipped a ball of mud to decide between Berlin and Mongolia,’ she said.

Having arrived in the German capital, Hannah spent a week touring techno clubs before moving onto Poland where she experienced a world-renowned Rainbow Gathering.

They involve strangers coming together to live and cook in nature, and the young Melbourne woman spent a month there taking in the bohemian atmosphere.

She was then in Austria hitch-hiking where again she tossed a coin – this time choosing to go to Hungary rather than continuing on their way to Slovenia.

Walking home from nights out and minimising public transport use

Not buying clothes for several years

Hannah said it wasn’t just her itinerary that depended on a 50/50 lottery, but also her everyday decisions.

‘The coin flip worked for me at lunch in terms of what I would order in a cafe, and if I didn’t have a coin I’d flip a credit card instead,’ she said.

Hannah’s next adventure was going through the Swiss Alps by road, and then coin-flipping on a bus which was on its way to Italy about whether she would get off in Rome or Tuscany.

Her trip concluded by taking in Spain, Portugal and Amsterdam as well as working in a refugee camp in Bosnia.

Hannah said it was in the Dutch capital that perhaps her most bizarre coin-flipping experience happened.

‘I was staying with a guy and we were playing board games and decided to narrow eight of my options down to one,’ she said.

‘At one point we tossed a screwdriver in the air to see which end it would land on.’

The two remaining options after the knockout elimination were Morocco and Australia, and Hannah returned home after the latter won the toss.

‘I had to tell my parents I’d be home for two days! They were like “where are you going to stay?”‘ she said. 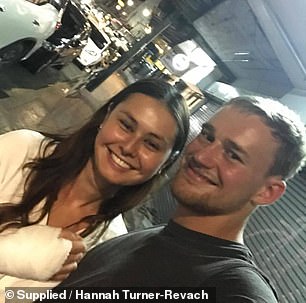 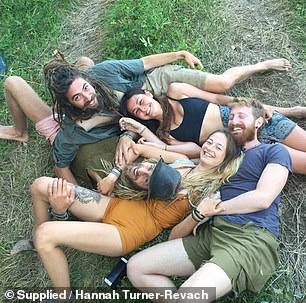 Rainbow Gatherings involve strangers coming together to live and cook in nature, and the young Melbourne woman spent a month there taking in the bohemian experience 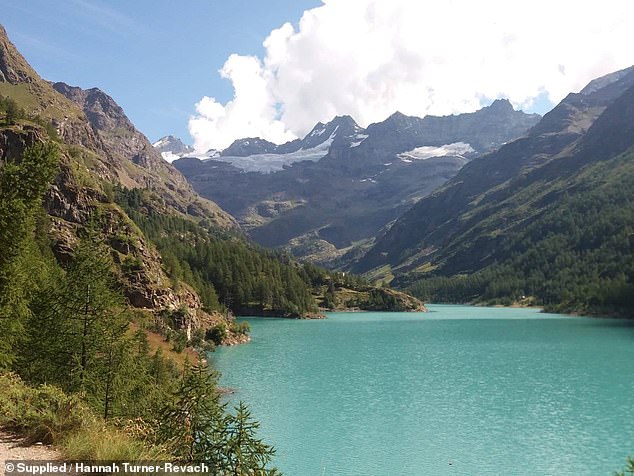 One of Hannah’s adventures was going through the Swiss Alps by road, and then coin-flipping on a bus into Italy about whether she would get off in Rome or Tuscany

Keeping your expenses down to $7,000 is a huge feat, and Hannah said the key to saving so much was watching where you shacked up for the night.

‘I didn’t stay in hostels more than six times and when I was working at the farm in Thailand or in the refugee camp the accommodation came included,’ she said.

Other factors that helped her save $18,000 for the trip included paying a reduced rent by living in a house her parents owned and not buying clothes for several years. 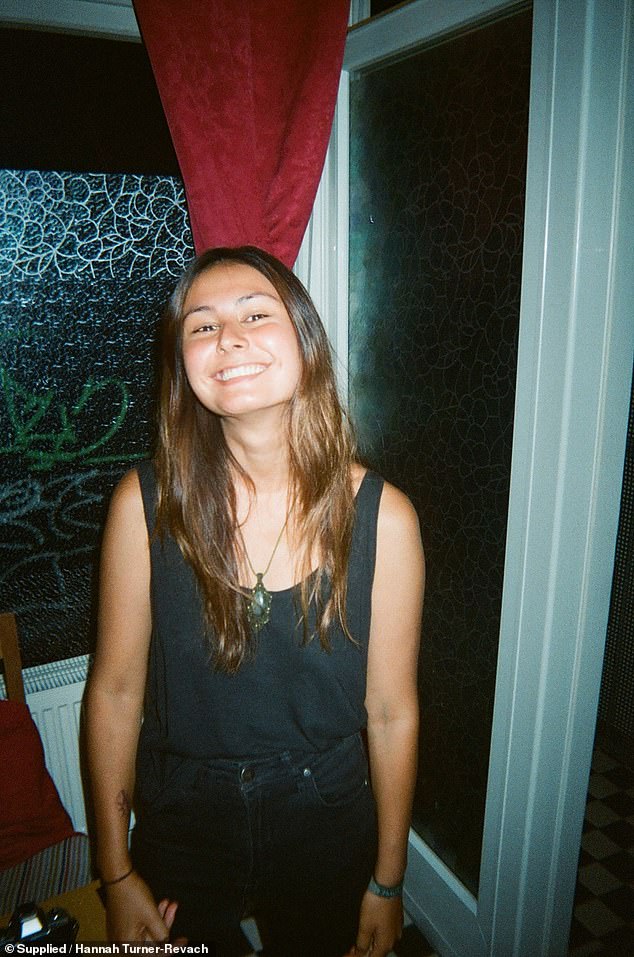 Her trip concluded by taking in Spain, Portugal and Amsterdam as well as working in a refugee camp in Bosnia

In the year it took her to save, Hannah said she would spend ten hours a day studying – including weekends – and did not have time to be spending money frivolously.

She added deferring study at university is a great way to explore the world in your 20s, and she is currently taking another year out with the aim of visiting Kyrgyzstan.

Hannah also wants to go to South America and learn more about humanitarian work, with an aspiration to set up her own NGO (non-governmental organisation) one day.