Sports lovers among the captives used leather and rubber from their shoes to craft the balls and even built a makeshift course around the Luftwaffe’s notorious Stalag Luft III camp in Sagan, Poland.

At the same camp in 1944, dozens of servicemen attempted to breakout through a tunnel in what became known as the ‘Great Escape’, immortalised in the 1963 Steve McQueen film of the same name.

Seventy-six men made it out before the escape was rumbled by guards and all but three were recaptured with 50 of them shot by the Gestapo.

While the camp is most famous for the daring escape bid, the United States Golf Association (USGA) has revealed how ingenious golf-loving servicemen were able to ‘preserve their humanity’. 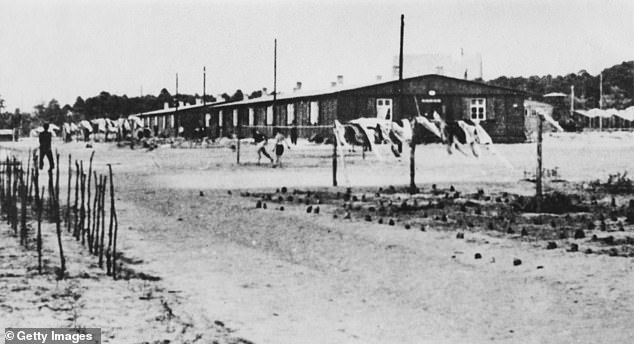 Sports lovers among the Allied captives used leather and rubber from their shoes to craft the balls and even built a makeshift course around the Luftwaffe’s notorious Stalag Luft III camp in Sagan, Poland 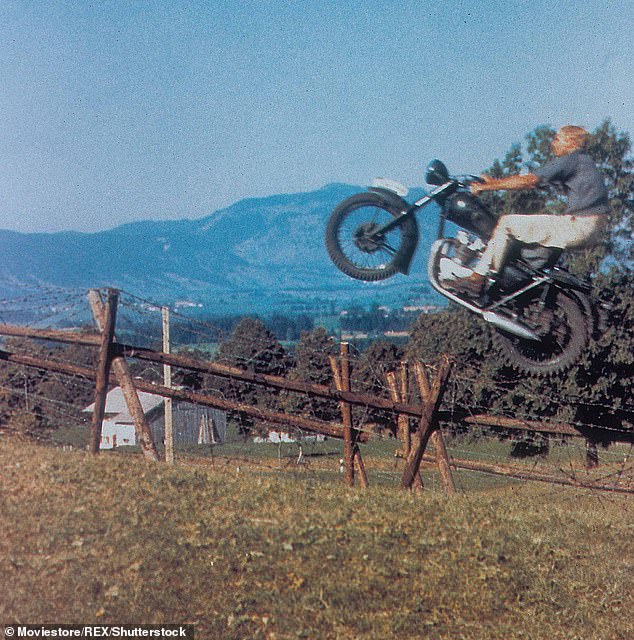 At the same camp in 1944, 76 servicemen attempted to breakout through a tunnel in what became known as the ‘Great Escape’, immortalised in the 1963 Steve McQueen film (pictured) of the same name

Pictures show how they stitched together scraps of leather from their shoes to make the outer shell of a golf ball – similar to the style of a baseball.

They then stuffed these with rubber shavings picked from the soles of their footwear, the USGA’s senior content producer Mike Trostel told Fox News.

He said: ‘American and British prisoners really wanted a way to preserve their humanity, and a lot of that was through sports, and in particular, golf. The German guards in this PoW camp allowed the prisoners to build rudimentary golf holes.

The deadly toll of the escapees brutally executed

In the spring of 1943, RAF Squadron Leader Roger Bushell conceived a plan for a major escape from the German Stalag Luft III Camp near Sagan, now Żagań in Poland.

With the escape planned for the night of March 24, 1944, the PoWs built three 30ft deep tunnels, named Tom, Dick and Harry, so that if one was discovered by the German guards, they would not suspect that work was underway on two more.

Bushell intended to get more than 200 men through the tunnels, each wearing civilian clothes and possessing a complete range of forged papers and escape equipment. 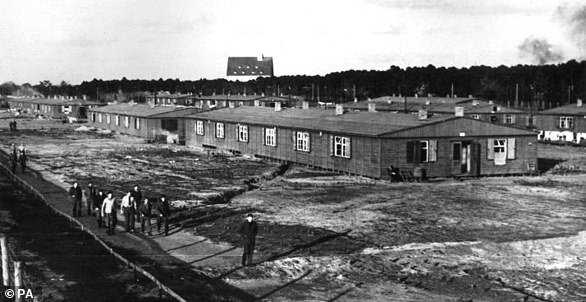 In the spring of 1943, RAF Squadron Leader Roger Bushell conceived a plan for a major escape from the German Stalag Luft III Camp (pictured) near Sagan, now Żagań in Poland

To hide the earth dug from the tunnels, the prisoners attached pouches of the sand inside their trousers so that as they walked around, it would scatter.

The prisoners wore greatcoats to conceal the bulges made by the sand and were referred to as ‘penguins’ because of their supposed resemblance to the animal.

When the attempt began, it was discovered that Harry had come up short and instead of reaching into a nearby forest, the first man in fact emerged just short of the tree line, close to a guard tower.

Plans for one man to leave every minute was reduced to 10 per hour.

In total, 76 men crawled through to initial freedom, but the 77th was spotted by a guard. In the hunt for the entrance one guard Charlie Pilz crawled through the tunnel but after becoming trapped at the other end called for help.

The prisoners opened the entrance, revealing the location.

Of the escapees, three made it to safety, 73 were captured, and 50 of them executed. 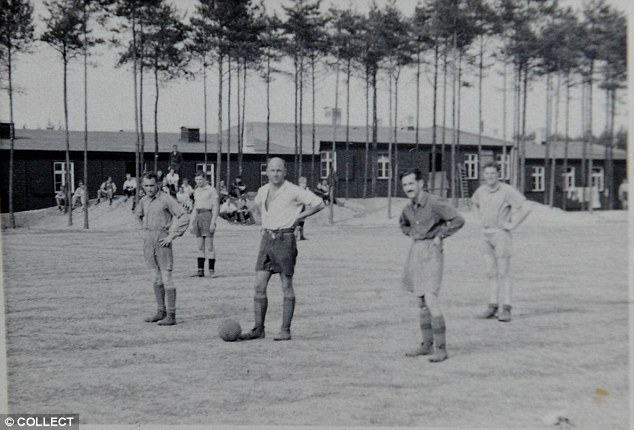 Sports-loving PoWs are pictured playing football in the North Compound of the camp. Prisoners also fashioned their own balls to play golf at the camp

One of the golf fanatics was sports correspondent Pat Ward-Thomas, who ended up at the camp after baling out of his stricken Wellington bomber over Holland in 1940.

At the camp, he filled his days helping to build an ingenious golf course within the  camp’s sandy scrubland.

According to The Guardian, the greens were referred to as ‘browns’ and even clubs were homemade to start with. The longest hole was only 90 yards long.

Ward-Thomas penned an article about the course which was picked up on by the R&A golf club in St Andrews, Scotland. The club then sent out ‘proper’ balls and a driver, the newspaper reported.

He once told journalist Frank Keating that using the equipment was ‘forbidden’ at the camp – but that there came a day when he could not resist taking a swing.

‘I took the club and a real golf ball to a distant corner and, almost trembling with anticipation, I teed off. By golly – I made perfect contact and the ball soared away out of sight and far over the kitchens’ building.

‘And then I heard at last the crash of broken glass far away and imagined startled people flinging themselves to the floor in the winter silence, thinking a bullet was responsible … I felt ashamed, but immensely exhilarated as well. It was the first and last golf ball ever to be hit with a real driver at Sagan.’

Immortalised in the film The Great Escape, the mass breakout from the same camp was swiftly followed by terrible retribution – the cold-blooded murder of 50 recaptured prisoners, on Hitler’s direct orders.

On the night of March 24-25, 1944, it was planned that 200 Allied airmen should escape through the tunnel nicknamed ‘Harry’.

Seventy-six men made it out before the escape was stopped by guards. All but three of the 76 men were recaptured.

The escape caused chaos in the German high command and 50,000 soldiers had to be deployed to search for them.

Hitler gave the execution order which saw Gestapo field officers, who had the job of escorting small groups of the men back to the camp, stop off in remote woodland and shoot them.

Each hit squad had to file a report to Berlin stating the 50 men were shot while trying to escape.

How WW2’s greatest PoW story got a Hollywood makeover 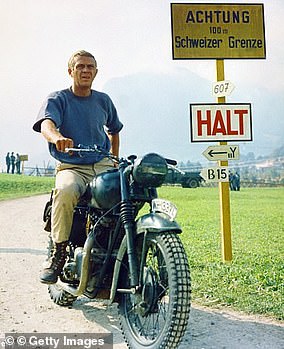 The 1963 film The Great Escape was based on real events, and although some characters were fictitious many were based on real people, or amalgams of several of those involved.

The film starred Steve McQueen as Captain Virgil Hilts, James Garner as Flight Lieutenant Robert Hendley and Richard Attenborough as Squadron Leader Roger Bartlett, and was based on a book of the same name by Paul Brickhill.

Contrary to the film no American PoWs were involved in the escape attempt, and there were no escapes by motorcycle or aircraft.

Hilts’ dash for the border by motorcycle was added by request of McQueen, who did the stunt riding himself except for the final jump.