A family’s festive season was turned upside down when an eight-year-old boy was suddenly rushed to intensive care on Christmas Eve, the day after he complained of blurry vision.

Sydney boy Jett, who is now 11, was left blind in both eyes after a whirlwind cancer scare in December 2015.

‘We were getting ready to do our last minute Christmas shopping and Jett started complaining that morning that his vision was a bit blurry,’ his mother Anna told Daily Mail Australia.

‘I didn’t think an awful lot of it at first, I thought maybe he needs to get his eyes tested, maybe he needed to get glasses.’

Jett, 11, (pictured) complained of blurred vision as he spent the day Christmas shopping with his mother, Anna, in 2015 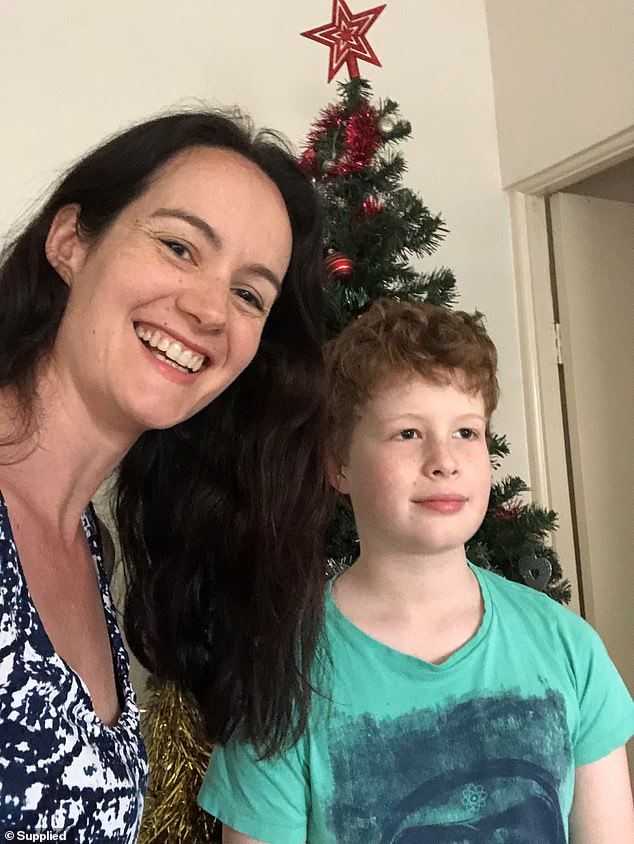 After his vision worsened in a matter of minutes, Anna (pictured left) rushed him to hospital as an optometrist told her the swelling behind his eyes was serious

The pain only got worse while they were at the shopping mall and Jett began to bump into things – causing Anna to worry.

After walking past the optometrist, Anna decided to pop into the store and get her son checked out.

‘They had a look and had a look in the back of his eyes and said there was some swelling in there, a sign there’s some pressure coming from inside his head, essentially coming onto his optic nerves,’ Anna said.

The optometrist said it was an emergency and Jett had to go straight to hospital.

‘I thought they would do some eyes tests and go ”he probably needs glasses” or something ordinary we could put off until the new year,’ Anna said.

‘It was a huge shock, I didn’t even know what to think.’ 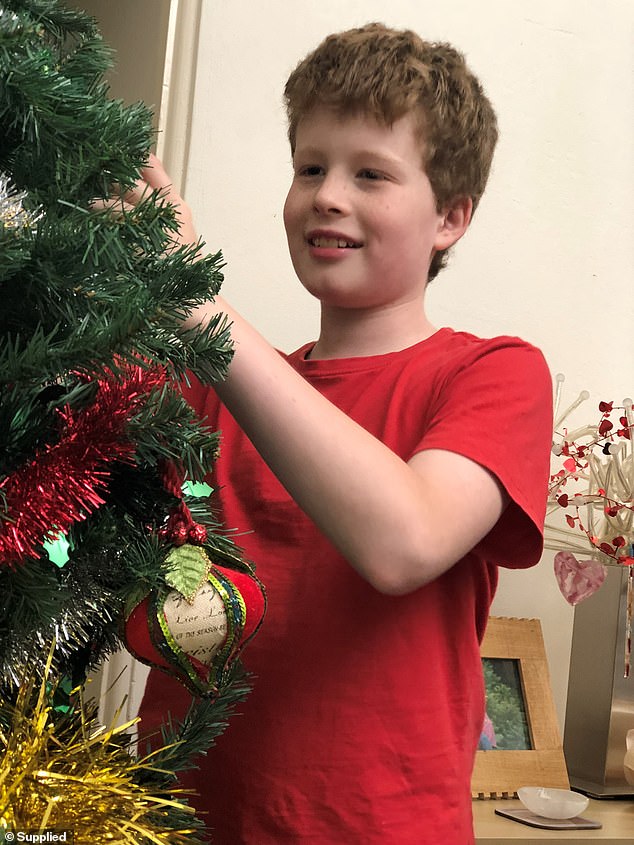 Attended to by a sea of doctors, Jett was told he had a tumor pressing down onto his optic nerves, as he went in for an immediate five hour surgery to try and save his sight

They went straight to their closest hospital, Royal North Shore, where medical staff were already expecting them.

‘They were expecting us, they were actually waiting for us when we got there,’ Anna said.

As Anna rushed into the hospital the staff called her and asked where they were, leaving Anna ‘really freaked out’.

‘We got rushed straight through,’ she said.

‘We were surrounded by the doctors and they took him down for an MRI. They didn’t tell us what it was at that point and I was a bit afraid to ask.’

When the results came through, Anna was told there was a tumor.

‘It was weird, I was completely shocked, it was so surreal. I think I went into survival mode,’ she said.

Anna was forced to quickly organise care for her son Jasper, who is one-year older than Jett, before travelling in an ambulance to the Children’s Hospital at Randwick with Jett for surgery.

‘Everything went out the window, all our plans for Christmas,’ she said.

Jett was able to recognise ‘something was going on,’ Anna said.

‘We told him the basics without going into too much detail detail, he had a lump in his head squashing his optic nerves which is why his vision is gone.’

Jett was reassured that surgery was the solution and his eyesight would eventually return to normal.

On the afternoon of Christmas Eve, Jett endured a five-hour surgery to remove the tumor. 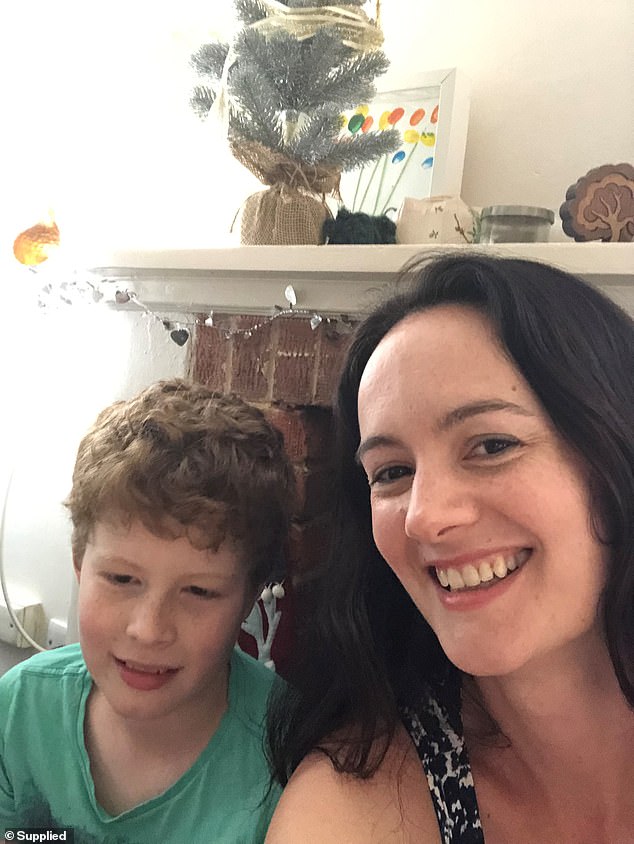 After the surgery, doctors were able to see that Jett’s optic nerves had been permanently damaged and Jett had lost most of his sight

The main concern for Jett’s family and his doctors was to find out whether the tumor was cancerous – his vision was not the initial priority.

‘We weren’t really worried about the vision, it wasn’t until a few weeks later and his vision wasn’t returning that we started to realise that it was maybe going to be a more serious issue,’ Anna said.

About five or six weeks after the surgery they were able to see that his optic nerves had actually been permanently damaged and Jett had lost most of his sight.

Jett can currently see out of the corner of his right eye.

‘He gets by really well with what he’s got, not enough to read or watch TV but he can see objects in front of him if his head is at the right angle,’ Anna said.

‘It was a huge adjustment, it took us a while.

‘He’s determined to do everything he did before and not let it stop him.’

Anna admitted the ordeal was an intense stress on the family but time has made things easier.

‘Christmas will never be the same for us,’ Anna said. 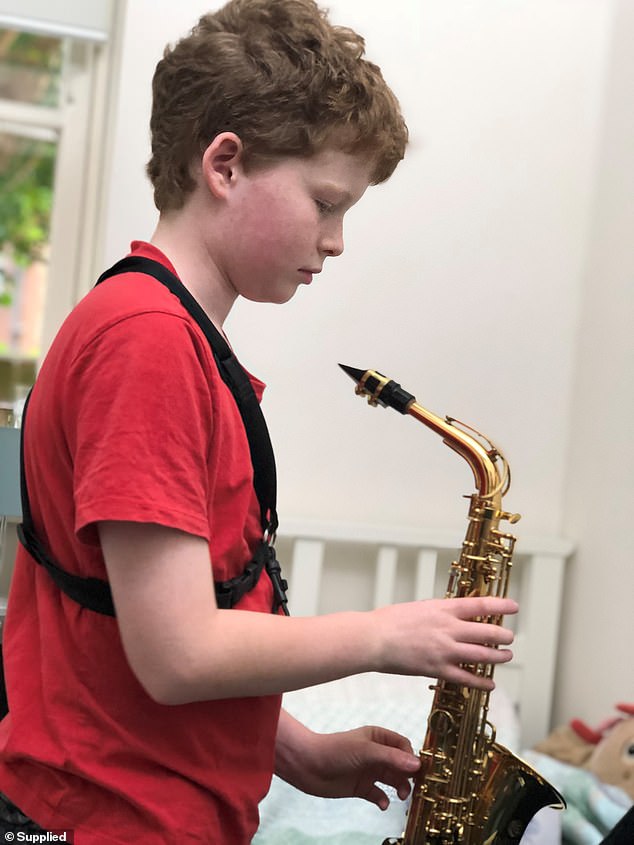 However, determined to succeed, Jett has competed at the State Zone Swimming Championships, run in a five kilometre fun run, played saxophone in the school band and learnt how to code using screen reader software

‘There’s always going to be a reminder of the Christmas we spent in intensive care watching Jett recover from his surgery.’

‘But I think every year as he’s doing better and better its all really nice for us to look back and see how far he’s come.’

Jett has been assisted by Vision Australia throughout his recovery who helped him adjust to the changes.

Over the past two years he competed at the State Zone Swimming Championships, run in a five kilometre fun run, played saxophone in the school band and learnt how to code using screen reader software.

‘Vision Australia have been a massive support for us, right from the start really,’ Anna said.

‘They were the first people we got in contact with when we found out his vision loss was going to be permanent.’

‘Vision Australia provides so many amazing purposes for kids like Jett’

Carol’s by Candlelight provided by Vision Australia will air on December 24 at 8pm.

Vision Australia encourages donations as every donation from now until 4pm on Christmas Day will be quadrupled. 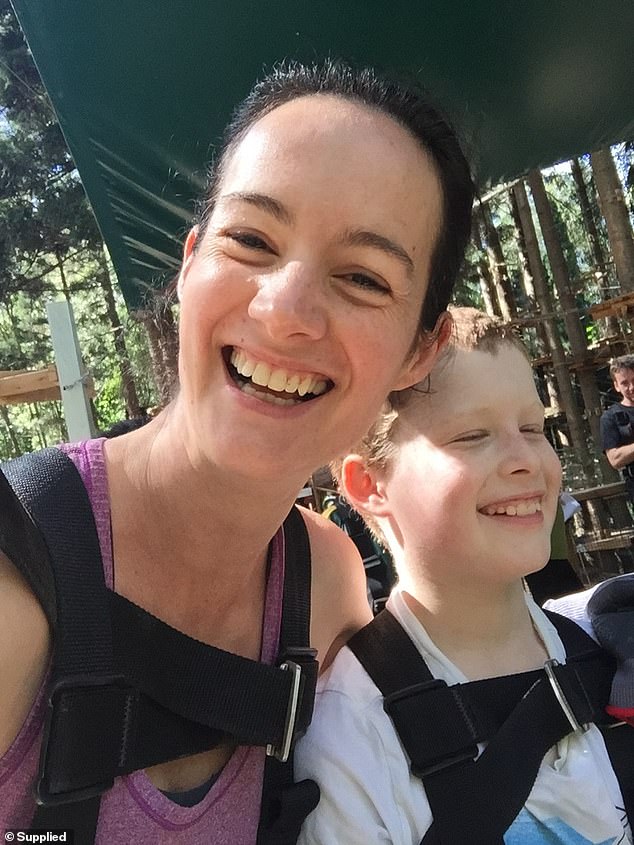 Even though Anna admits that Christmas will never be the same for them – Jett can still only see out of the corner of his right eye – the family are closer than ever and with help from Vision Australia, have bright hopes for Jett’s future