How an hour of sitting down could be destroying your brain

We’ve all had those moments when taking five minutes to sit and gather our thoughts has turned into several more.

But beware: it’s not just time you could be wasting — new research has found sitting for too long might make you more forgetful.

The study, which explored the relationship between sedentary behaviour and the brain, asked people — all healthy and aged between 45 and 75 — about how long they sat for each day, before scanning their brains.

People who sat for 15 hours a day, either in one stint or in broken intervals, had, on average, medial temporal lobes 10 per cent smaller than someone who sat for five hours or fewer

The tests, which did not assess memory function itself, found those who spent more time sitting (from between three to 15 hours a day) had thinner medial temporal lobes, the part of the brain associated with memory and learning.

These lobes, found behind the temples on both sides of the head, do naturally decrease in size with age. However, such thinning can be a precursor to cognitive decline and dementia in middle-aged and older adults, the researchers, from the University of California, Los Angeles warned.

People who sat for 15 hours a day, either in one stint or in broken intervals, had, on average, medial temporal lobes 10 per cent smaller than someone who sat for five hours or fewer.

Worse still, the tests found that after 15 hours of sitting, every additional hour of sedentary behaviour was associated with a 2 per cent decrease in the volume of the lobe.

Dr Tara Swart, a neuroscientist at King’s College London, says it adds to the growing body of evidence linking physical activity and brain health, with sedentary behaviour identified as a key negative factor. ‘Being sedentary is the new smoking in terms of risk factor for poor brain health,’ says Dr Swart.

‘This study is interesting and it contributes to our understanding that being sedentary is bad for your health in many ways, and one of these is that your memory may decline more rapidly.’

Sedentary behaviour has been repeatedly associated with many chronic diseases, including heart disease, diabetes and cognitive impairment, and studies show the number of hours you spend sitting is proportional to your increased risk of Alzheimer’s. 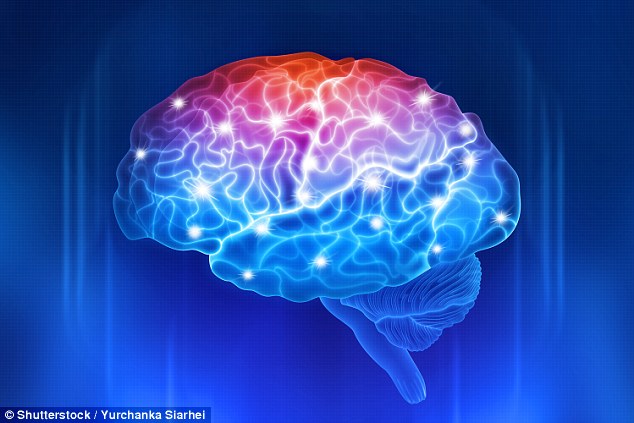 Links: Sedentary behaviour has been repeatedly associated with many chronic diseases, including heart disease, diabetes and cognitive impairment

Memory problems are just one symptom of dementia, which affects one in six adults over 80 and causes confusion and difficulties speaking and understanding.

However the UCLA study, published in the journal PLOS One, is the first to show that more hours spent sitting are associated with thinner regions of the brain.

So why does sitting for too long raise your chances of developing memory loss, or even dementia?

The explanation behind the new findings is surprisingly simple. Healthy medial temporal lobes were found in people who led more active lifestyles than their sedentary counterparts.

One key component of movement, i.e. staying active, is the process of oxygenation in the brain: a brisk stroll or a short game of football demands that you breathe more deeply than you would when sedentary.

That allows more oxygen into your body, which then encourages healthy blood vessels and growth of new brain cells, says Dr Swart.

New brain cell growth is one of the key physiological processes involved in memory and learning.

It’s the same principle for cardiac health; the oxygenated blood vessels needed to keep your brain healthy are also imperative to your heart’s health, which is why people who exercise regularly have a lower risk of cardiovascular conditions such as coronary artery disease and heart attacks. But commenting on the findings, researchers in the recent UCLA study warned: ‘There is a possibility that physical activity, even at higher levels, is not sufficient to offset the harmful effects of sitting for extended periods of time.’

Dr Tim Shakespeare, research information manager at the Alzheimer’s Society, says: ‘The study makes a useful step in showing a link between avoiding sedentary activities and the volume of the significant part of the brain.’

Many activities are thought to reduce the risk of dementia beyond the usual advice to stop smoking, avoid excessive alcohol intake and to eat a balanced diet.

Dr Shakespeare advises that avoiding a sedentary lifestyle is key, suggesting activities that raise your heart rate slightly, such as walking, cycling, swimming or a dance group. ‘You don’t need to run a marathon!’ he adds.

Scientists at the Alzheimer’s Prevention Program in California, say adding in movement throughout the day in short bursts — even for a couple of minutes every hour — can make a real difference to brain health. Set a reminder on your smartphone to get up and move around, and if you can do something that raises your heart rate, such as squats, even better.

Also, try to reduce the amount of time you spend sitting whenever possible; for example, aim to get into the habit of standing up to take phone calls, or, better still, walk and talk. If friends suggest meeting for coffee, suggest a walk instead. You’ll soon find there are more opportunities to move during the day than you realise.