‘I have no words to describe it’: How Australian schoolboy, 13, beat F1 superstar Daniel Ricciardo in simulated car race in Singapore

Australian F1 superstar Daniel Ricciardo has been shown up by a teenage schoolboy in a simulated car race in Singapore.

Kalen Chin, 13, went head to head with the Renault driver after beating 900 other entrants as part of a competition.

Chin, who has been riding go-karts since he was four, beat Ricciardo in the simulated driving game in front of dozens of racing fans. 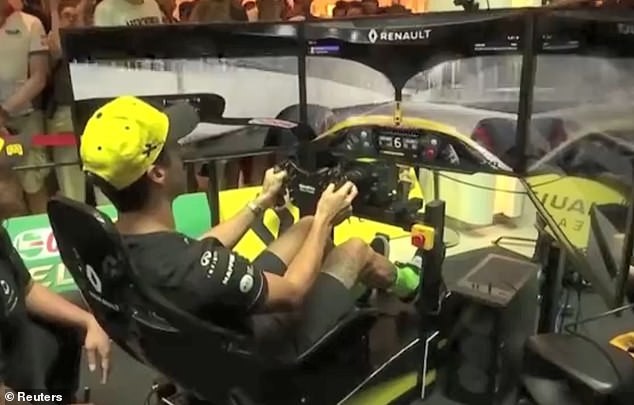 ‘You know, I worked really hard, like three days of practice at home and to beat Daniel Ricciardo, it’s a feeling out of this world.

Ricciardo took the opportunity to give some advice to underprivileged children who had gathered for the event ahead of his F1 Race.

‘So pursue what you desire, what makes you happy and whatever their passion is, then I would encourage them to follow that.’

The light-hearted moment was quickly forgotten by Ricciardo after he was disqualified from the Singapore Grand Prix after hitting a kerb.

‘They’ve done the right things on track as far as the racing and let that go, handing out less penalties during the race which all drivers have been pretty in line with and they’ve done well on that front,’ he said.

‘But doing this yesterday it’s going against everything they’re trying to get from the sport. It wasn’t even quantifiable the gain.’

‘Treat it like a track limit, if you go off the track, delete that lap but don’t take the whole qualifying away.’ 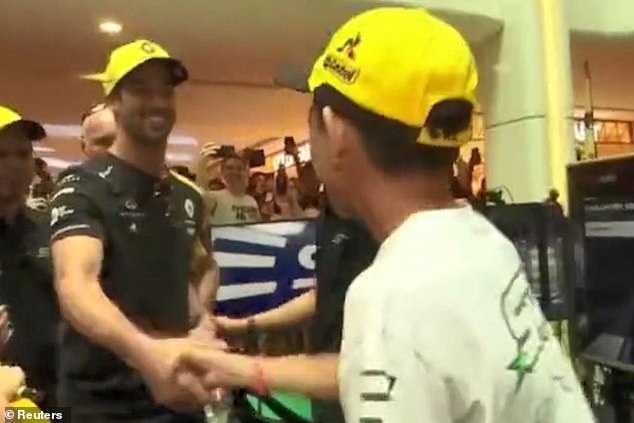